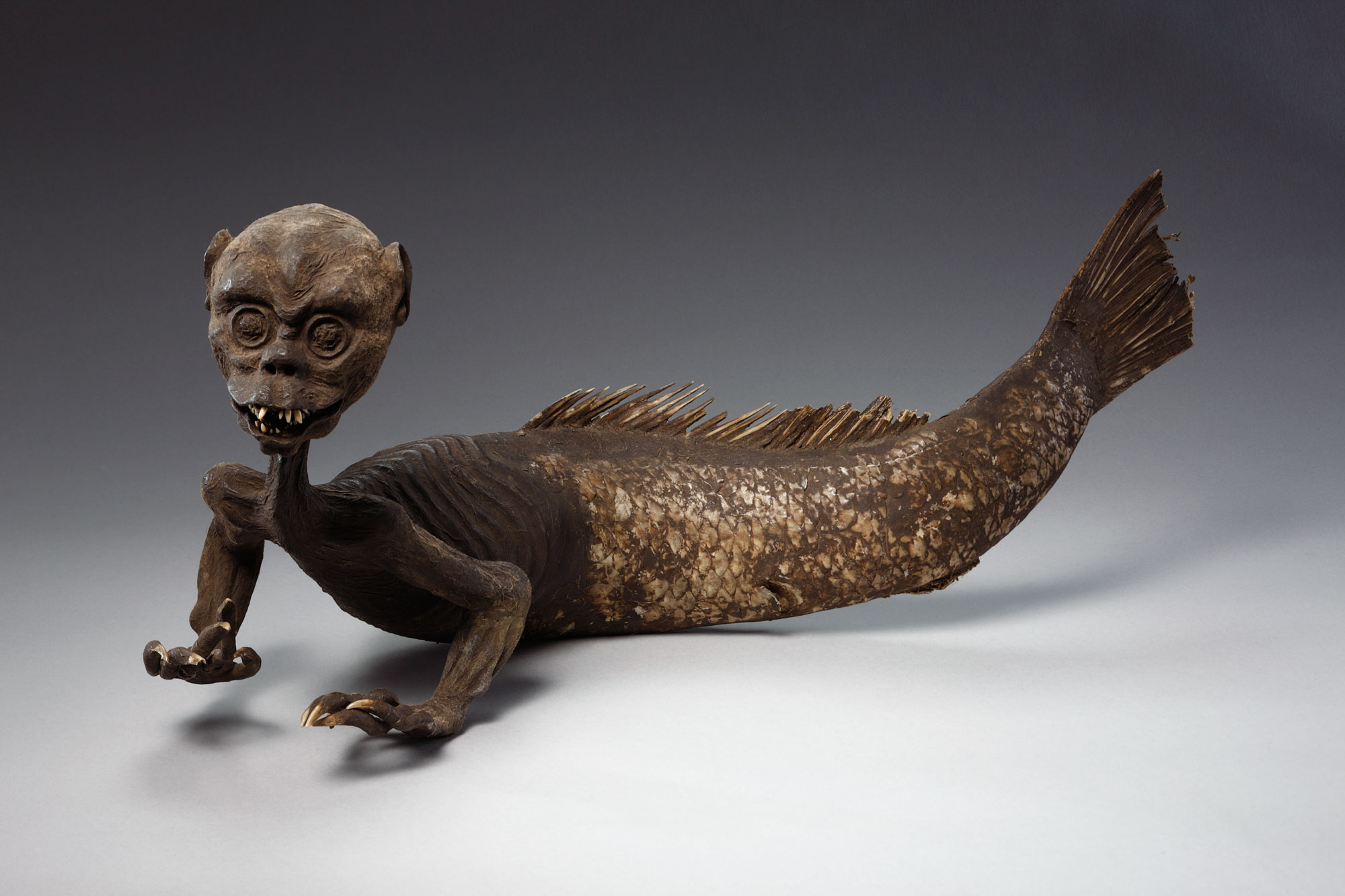 Anthropology Behind the scenes Exhibitions Loans
Helen Merrett, our Collections Coordinator and Loans Registrar, tells us about our now international merman and what it takes to get him from A to B.

Our famous Merman is on his travels again, having just made his debut in the new World Gallery Curiosities section of the Perspectives Wall. This time he’s gone international. The Merman has not travelled abroad since he was transferred to the Horniman in 1982 from the Wellcome Collection.

Harry Potter: A History of Magic was a hugely popular exhibition at the British Library when it opened in October 2017, celebrating the 20th anniversary of the publication of Harry Potter and the Philosopher’s Stone.

The exhibition featured star objects from JK Rowling’s personal archive, including original drafts and drawings by JK Rowling and illustrator Jim Kay, both on display for the first time.

The exhibition has now toured on to the New York Historical Society Museum and Library to celebrate the 20th anniversary in the USA.

Merpeople are an important part of the exhibition story. There is focus on the authorial process and the development of Harry Potter and The Chamber of Secrets, showing that published versions can often be different from the original draft concepts – merpeople were originally going to feature earlier then the fifth book.

When the merpeople appear in Harry Potter and The Goblet of Fire, rather than the classical mystical image of beautiful enchanting creatures, they have grey skin, yellow eyes and broken teeth, similar to the style of the Horniman Ningyo Merman.

Because the Merman has been so popular (this is his eighth time out on loan since 2011), he now travels with a mount made by our Exhibitions Team that works for different displays. For all objects going out on loan our Exhibition Technicians work with a Conservator to determine the best shape to give support to the object.

The Merman has a very unusual balance point, and is also very fragile. It is very important we sent him with a mount we know gives the right support, and this also makes the install at the borrowing venue much more straightforward. We discussed this with New York Historical Society to ensure our mount worked with the exhibition design, so accurate measuring was crucial.

All objects are assessed by a Conservator before they go out on loan. The Merman required a small repair and clean to ensure he was stable for travel abroad.

Then he had the all-important photoshoot so we could capture his condition before he left the Horniman. Our Conservation Officer Charlotte put together a very detailed condition report so that we can see if there are any changes whilst he is travelling and installed elsewhere.

Packing is another important part of any object going out on loan. A special tray and box had previously been made by Charlotte in our Conservation Team for travelling in the UK, but this needed some slight tweaks to give extra support to the merman for travelling across to America.

I was lucky enough to escort the Merman on his travels again, ensuring that he arrived safely, and was unpacked and installed at the New York Historical Society. Naturally, the Merman was an instant hit amongst staff and the other couriers there to install the exhibition.

Everyone wanted to know the history of the Merman and a few pictures were requested of the star. He has been displayed with a beautiful book from the American Museum of Natural History and a manuscript from the British Library, showing historic illustrations of mystical creatures including mermaids. It was fantastic working with the British Library and New York Historical Society on this exciting exhibition, and that the merman has become part of the story of where magic and myth began.

Harry Potter: A History of Magic is on at the New York Historical Society from 5 October 2018 until 27 January 2019.

The merman will be back in the World Gallery in February 2019.

Surprising Facts About the Horniman

Do you love the Horniman? Then you might be interested in a few of these curious facts about us.
Trail

We are delighted to announce that the Horniman Museum will be reopening from Thursday 30 July.

To control capacity and ensure social distancing, all visitors will be required to book a free ticket in advance. Further details on this and our additional safety measures will be available soon.

Our beautiful Gardens remain open on Mondays to Saturdays from 7.15am to sunset, and on Sundays from 8am to sunset. The Garden toilets, Café kiosks, Plonk Golf and the Horniman Market are open. The Animal Walk and Butterfly House remain closed.