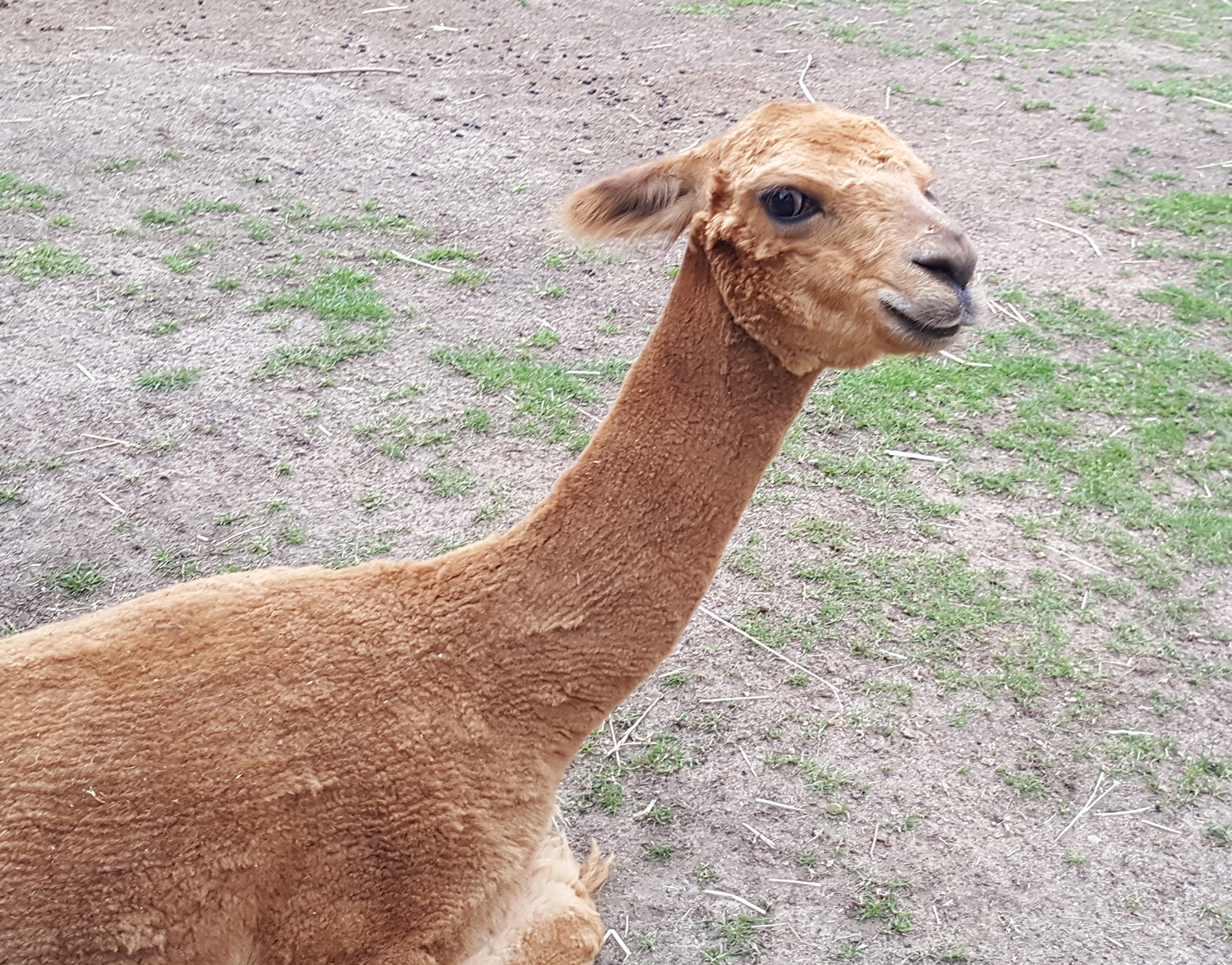 Animals
The Horniman Animal Keepers introduce you to their star attraction Poppy, the fawn-coloured alpaca

We are celebrating a big anniversary at the Animal Walk this month as Poppy turns two years old.

Poppy was born on the 3 August 2014 and is special to the Keepers and the Horniman because she is the first, and only, animal to be born at the Animal Walk.

Although this month sees her turn 2, she will always be a baby in the eyes of her mum, Peep, who kindly still allows Poppy to share her bedroom.

Poppy is fully mature but she still has a youthful sense of adventure, and can often be seen chasing pigeons and splashing about in her water bucket!

Alpacas were domesticated from vicuña – animals indigenous to South America and originating from The Andes in Peru, Chile and Bolivia. They are camelids and are related to guanacos, llamas and camels.

Alpacas have high quality fibre, which can be used to make textiles including jumpers, scarves and socks. Poppy and Peep are ‘Huacaya’ alpacas, which are known for their thick, woolly fibre. ‘Suri’ alpacas have much longer, dreadlock style fibre.

It may be hard to believe, but temperatures in The Andes are much lower than Britain’s summer, so to keep cool, our alpacas are shorn once a year and showered daily.

Alpacas kept in South America graze in herds, and will eat any scrub they can find. At the Horniman they are fed hay, grass, alpaca muesli mix, chaff, alfalfa and – Poppy’s absolute favourite – carrots (which she got an extra handful of on her birthday as a special treat!)

Alpacas can, but rarely do, spit, though they may spit at one another whilst fighting over food. Peep has also been known to try out her aim when the vet comes for a visit!

Animal in Focus: Flymo and Gizmo

The Horniman Animal Keepers introduce you to Flymo and Gizmo, our pygmy goats.