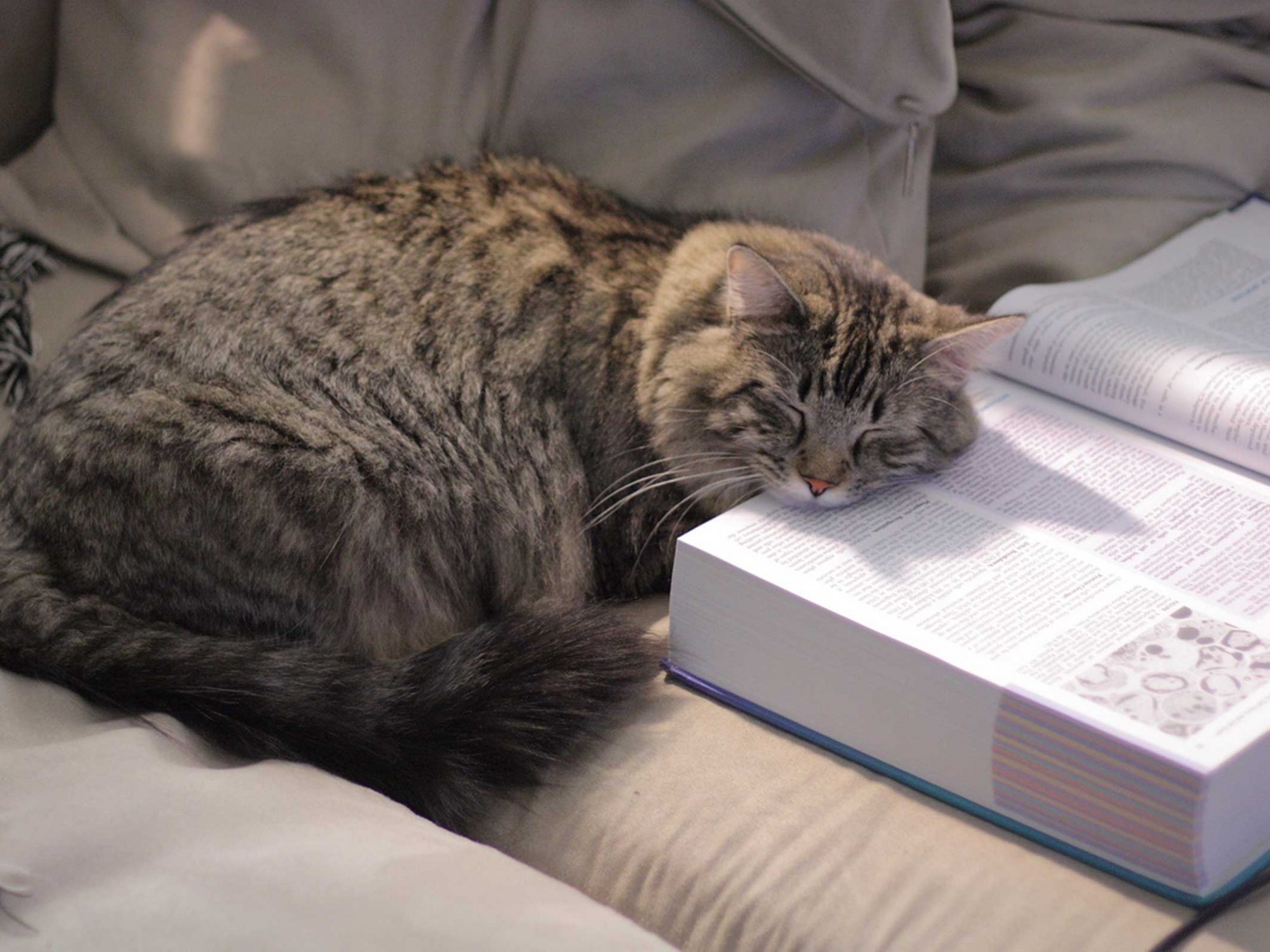 Animals Exhibitions
To celebrate World Book Day we’re looking at some of the most popular cats and dogs throughout literature.

Just as cats and dogs are incredibly important in our lives, the role they play in a book can tell us so much about the character whose world we’re delving into.

Appearing in trees and reappearing as a head in the sky, Alice meets the mysterious and sanguine Cheshire cat on her travels through Wonderland.

The cat becomes a kind of guide for Alice through the strange characters and situations she finds on her journeys.

Originally appearing in Alice’s Adventures in Wonderland by Lewis Carroll in 1865, the Cheshire cat has been played by actors including Whoopi Goldberg and Stephen Fry.

Alice’s Adventures in Wonderland also features another cat – Dinah, Alice’s pet – and a walrus.  Tweedledum and Tweedledee read Alice the poem The Walrus and the Carpenter.

Just like so many of us, Garfield hates Mondays and loves lasagne. This distinctive orange cat, created by Jim Davis, first appeared in comic strip form in 1978.

Joined by dog Odie and looked after by owner John, Garfield is known for being lazy, sarcastic and arrogant.

Bill Murray voices the tubby tabby in the two film adaptations, and Garfield has also appeared in TV shows.

Mog the Cat was created by Judith Kerr, also known for The Tiger Who Came to Tea. Mog first appeared on bookshelves in 1970 in the book series written and illustrated by Kerr. A forgetful cat regularly getting into scrapes, Mog lives with the Thomas family.

Unusually for a series of children’s books, Mog the Cat actually dies in the last book, Goodbye, Mog, When asked about this in an interview with the Guardian in 2002, Kerr said “I’m coming up to 80, and you begin to think about those who are going to be left – the children, the grandchildren. I just wanted to say: Remember. Remember me. But do get on with your lives.”

Macavity is a criminal and a con artist, with magical powers, and is the main ‘antagonist’ of the poems. He is loosely based on Professor Moriarty from Arthur Conan Doyle’s Sherlock Holmes books. He’s even referred to as the ‘Napoleon of Crime’, a phrase Conan Doyle used when describing Moriarty.

The cats from Eliot’s poetry went on to inspire Cats the musical, which is the sixth longest running West End show.

Timothy, or Timmy, is so important to the dynamic of The Famous Five that he’s included in the headcount. Owned by tomboy George, Timmy comes with the children on many an adventure.

A mongrel found on the moors as a puppy, Timmy provides the Five with protection and is fiercely loyal. He appears in all of the 27 Famous Five books by Enid Blyton.

Toto, The Wonderful Wizard of Oz

“I don’t think we’re in Kansas anymore, Toto” is surely said anytime anyone ever enters an unfamiliar space, but it was L. Frank Baum’s Oz books that made Toto a household dog name.

Dorothy’s companion on her journey along the yellow brick road, Toto is drawn by W. W. Denslow in the original books as a small terrier. Toto drives much of the action of The Wonderful Wizard of Oz – he runs away at the beginning, and it’s Toto pulls the curtain at the end to reveal the true identity of the Wizard. He’s Dorothy’s trusty companion, who follows her on her adventures.

Toto has even starred in his own spin off novel by Michael Morpurgo.

J.M. Barrie’s Peter Pan has many fantastical qualities to it – flying, ticking crocodiles, pirate ships and mermaids – but perhaps the most unbelievable aspect of all is a dog as a children’s nanny.

The Darling family dog is depicted as a St. Bernard or Newfoundland. The Darlings wanted a nanny in order to be ‘proper’, but didn’t have the income to employ one. Luckily, Nana is always on hand to walk the children to school or put them to bed.

Nana is often thought to have been based on J.M. Barrie’s Newfoundland Luath.

In the graphic novels by Belgian artist Herge, hero Tintin is accompanied throughout by Snowy. A white wire fox terrier, Snowy is the more sardonic voice, counteracting Tintin’s positivity and optimism.

In the original French Snowy is called Milou, a reference to Herge’s first girlfriend’s nickname.

Snowy loves whiskey, and the reader often gets an insight into his internal monologue.

Do cats and dogs love us back?

51% of UK adults own a pet. But how do we know that our feelings of love towards our furry friends are reciprocated, and that they’re not just in it for the cold hard belly rubs and treats? Do cats and dogs love us back?
Around the Horniman
Free