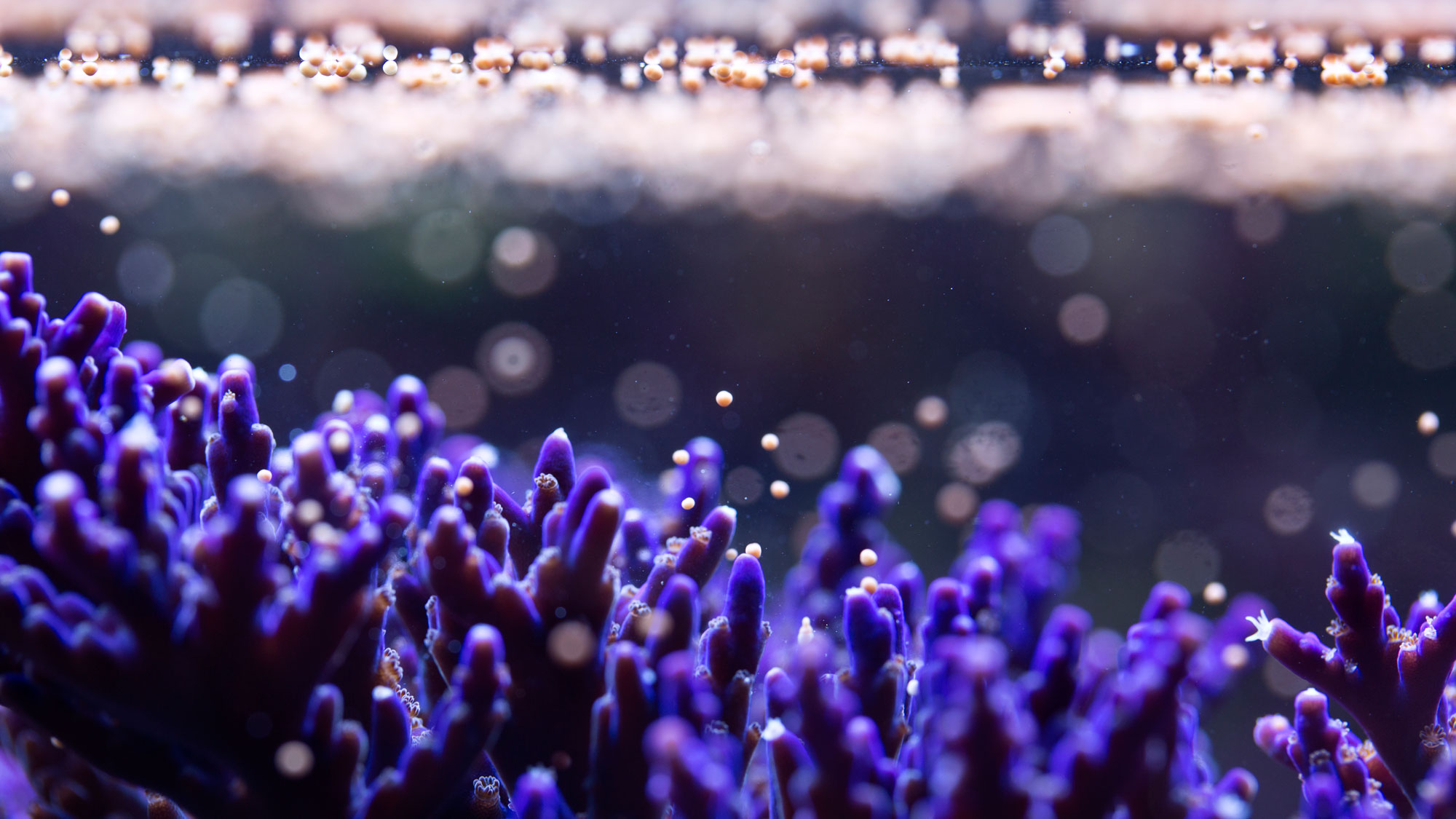 Aquarium Climate and ecology News Project Coral Research
Project Coral researchers at the Horniman are celebrating the fourth successful annual spawning of their lab-based corals and new funding from the Shuttleworth Foundation to further their work.

Project Coral researchers are able to sexually reproduce land-based corals by replicating wild reef conditions, and their work is supporting international efforts to conserve and repair reefs damaged by climate change. This year’s spawning, over the last two weeks of November, saw eight coral species at the Horniman release an estimated two million eggs which have been cross-fertilised to produce new coral embryos. These coral ‘babies’ will be used to for a variety of studies ranging from understanding the health role of beneficial bacteria associated with corals, to investigating what drives improved survival in the face of climate change.

The Shuttleworth Foundation Flash Grant of $5,000 will help support this next stage of Project Coral’s work. The Horniman was nominated for the grant by Shuttleworth Fellow Alasdair Davies as part of the Foundation’s scheme that allows fellows to nominate individuals they would like to support in their work for social good.

The Horniman is also marking the close of 2018, designated the International Year of the Reef, with the completion of a new film detailing the work of Project Coral, produced by filmmaker and artist Sonia Levy. The film – to be shown in the Horniman’s Aquarium and online – had its first showing at this month’s Reef Futures conference in Florida, where it was presented by Project Coral’s international partner Florida Aquarium.

We’re very grateful to Alasdair Davies and the Shuttleworth Foundation for this grant to support our research, and to Sonia Levy for the film that will help us show to our Aquarium and online visitors the vital work that’s going on behind the scenes. Now that we’ve successfully created a way to reliably induce land-based coral spawning, we can use that knowledge both to research things like coral resilience to climate change and to work with our partners at Florida Aquarium to help restore the Florida reef.
Jamie Craggs, Horniman Aquarium Curator and lead Project Coral researcher

For volunteers week we spoke to our former Aquarium volunteer, Sophie, about how her experience has helped her forge her own career.

As of today, the Horniman will be charging 5p for the use of plastic bags in our shop in a bid to reduce plastic waste, and raise funds for Project Coral.
About the Horniman