The Animal Walk is currently closed – we apologise for any inconvenience. Find out what else you can see around the Horniman. 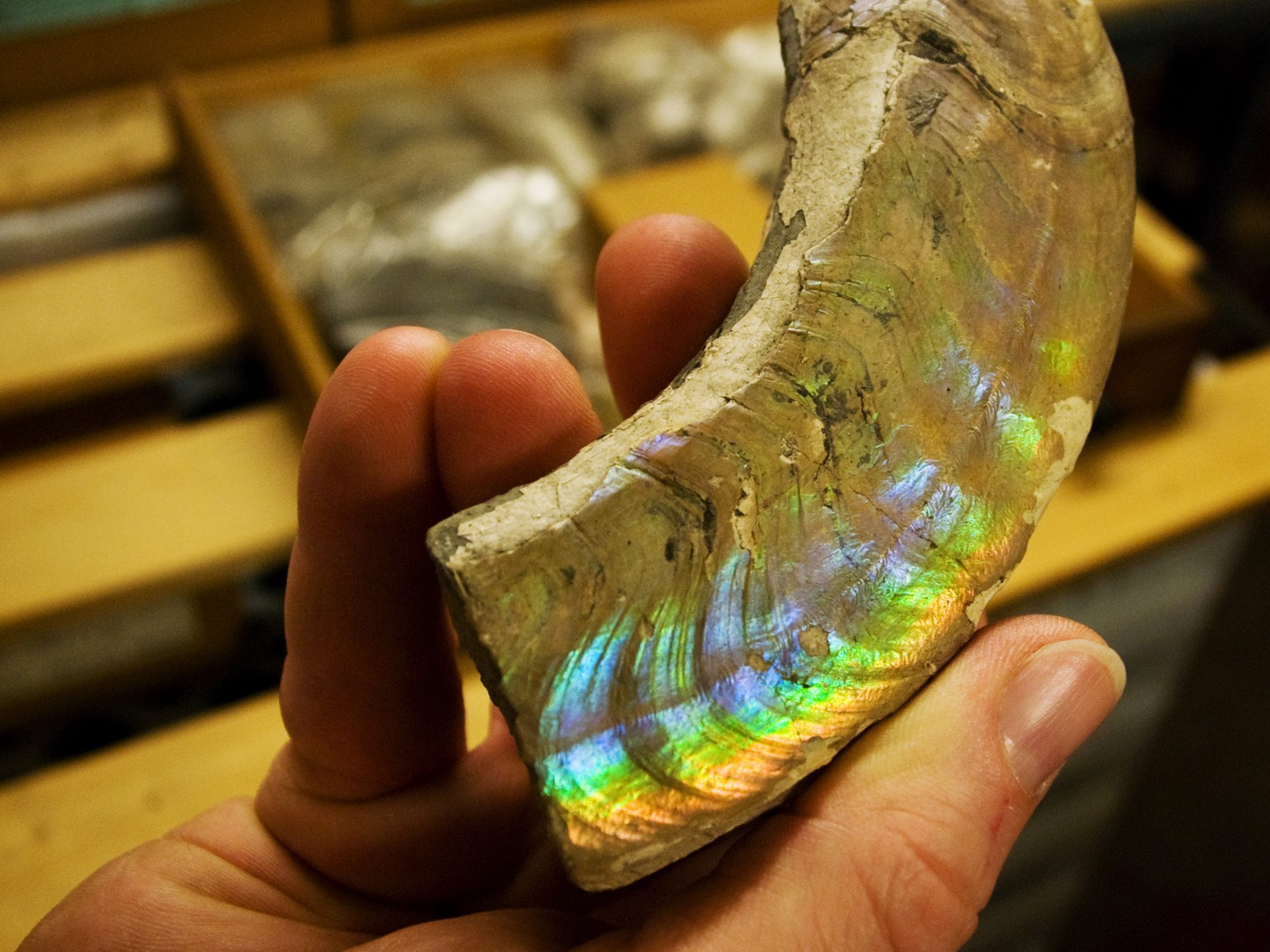 Behind the scenes Natural history
With preparations underway for new displays showcasing the Horniman's fossil collection, Paolo Viscardi gives us a look at some of the stories he hopes to tell.

Developing a new display involves more than simply selecting the most attractive specimens to put on show. Those specimens need to illustrate a story that asks questions, explains ideas or inspires an audience – and usually, that story has to be told in very few words.

Exhibition labels have very strict word counts, as there is limited space in a case and interpretation panels need to be easily readable. That means there is never enough space for a curator to say everything that they would like to.

For the geology section of the new Natural History Gallery displays this means explaining how humans came to understand the history and evolution of life and the vast age of our 4.6 billion year old planet by collecting fossils, all in around 300 words, split between two main themes!

The first theme will explore ideas about fossils from before geology was established as a science. There was no real understanding of what fossils represented or how they had formed, so folk tales were created to explain their origins. Stories of dragons, giants, and magical petrifying powers all took at least some inspiration from the fossils that people found in rocks.

Many of the most common fossils have alternative names inspired by folklore – like Devil’s Toenails which are a distinctive type of oyster called Gryphaea, that look like big gnarly claws.

Thunderbolts are the internal supports (guards) of squid-like animals called Belemnites. They get their name from their shape and because they can often found after storms, although rather than falling from the sky, they are washed out of mudstones by heavy rain.

Snakestones are the coiled outer shells of another squid-like group of animals called Ammonites. Many legends make claims that these fossils are snakes that have been turned to stone by the action of a local saint; from St Hilda in Whitby to St Keyne in Somerset.

To support this folklore, some people would carve snake heads onto the ammonites.

During the 17th Century, comparison of fossils against parts of living species started to uncover their true nature. Enlightenment thinkers like Fabio Colonna and Nicholas Steno realised that triangular stones called glossopetris or tongue stones found in rocks were actually shark teeth that had somehow been turned to stone.

This sort of increased understanding slowly led to superstitious interpretations of nature being replaced by a more robust scientific knowledge, which allowed exciting new discoveries to be made about the world.

Many factors need to be considered while planning a new display, meaning that not all final decisions can be taken by curators in advance.

With specimens as large and heavy as some of our ammonites, mounting them safely will be a bit of a challenge for our technicians. Not only will they need to be fastened securely, their size means the shadows they cast on other parts of the display needs to be carefully considered.

Our curators Paolo and Jo needed to make changes to the object choices based on the exhibition team’s (and occasionally everyone else’s) feedback.

Some hard choices are often made at this stage. This trilobite, despite being declared ‘adorable’ didn’t make the final cut.

The remaining objects are then adjusted to best fit the space and convey information in the clearest way possible.

Once everyone is happy with this first ‘draft’, each object is given a clear number label which will be visible in layout photographs, so that everyone working on the display can refer back to them and identify even the smallest objects.

Our Conservation team were in attendance too, picking up on which objects need to be treated before going on display. This cut ammonite will need its old education labels removed.

The new Natural History Gallery displays will be ready in March 2015. Be sure to come along and see what treasures have been revealed.

Our Natural History Gallery first opened in 1901. The design was influenced…
Find out more

Visitor Host Vicky tells about some of the myths that surrounds fossils, which inspired her gallery tour at the Horniman - fossil folklore.