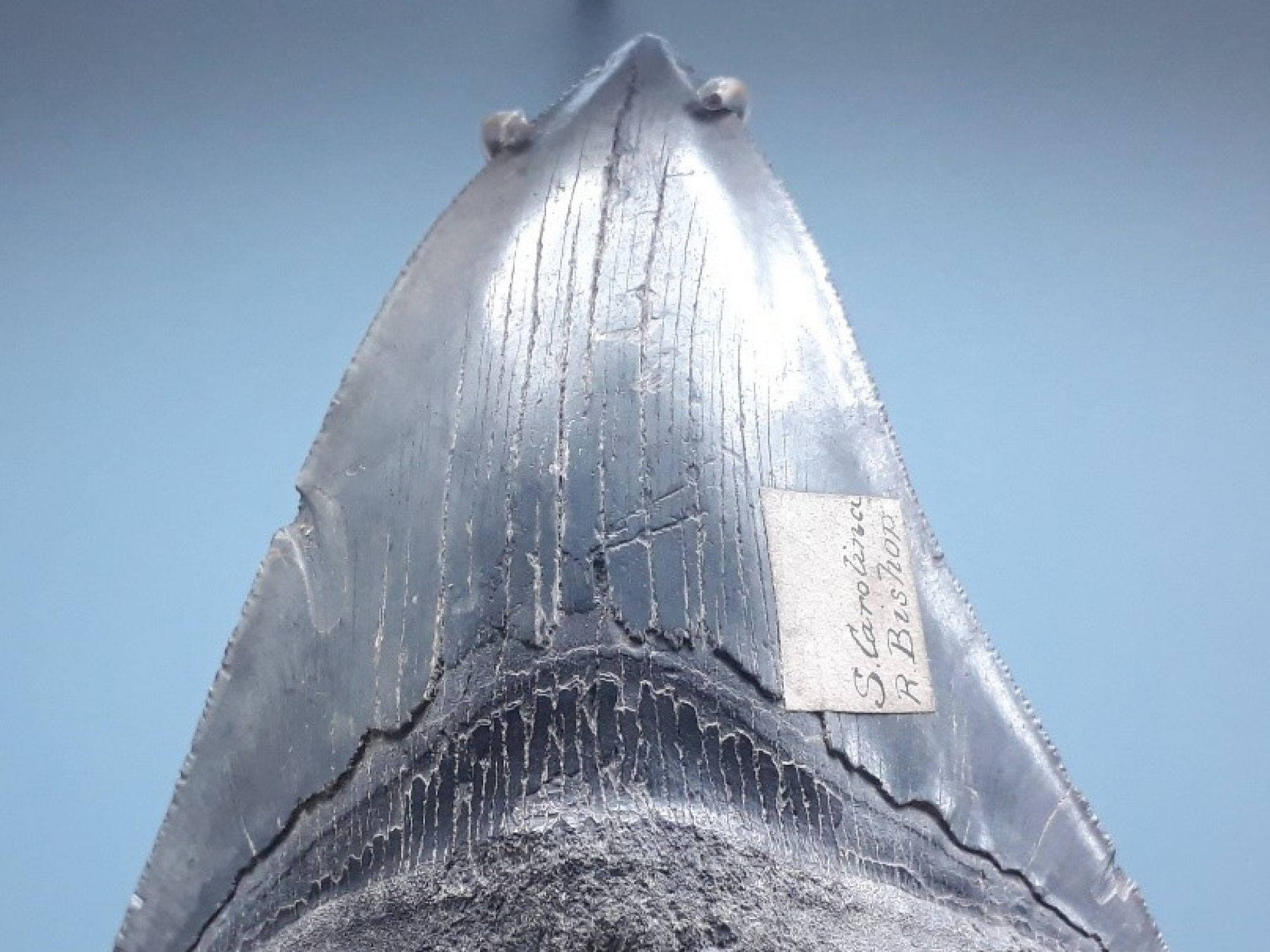 Anthropology Folklore Natural history
Visitor Host Vicky tells about some of the myths that surrounds fossils, which inspired her gallery tour at the Horniman - fossil folklore.

For the past few months at the Horniman, we have been developing something new for the public to enjoy. A new part of my role as a Visitor Host is to lead curiosity tours of our galleries. Working in the galleries as a Visitor Host I find there is always something to learn, even from an object I’ve seen a million times, so I’ve found this new duty very exciting. We have been allowed to choose whatever we want to talk about in the Horniman, giving us the freedom to show our own personal take on the collections.

One of the displays that initially sparked my interest was the ‘Tongue Stones’. These were thought to have fallen from the moon and offered protection from poison, this struck me as the beginning of a great story, a hint of mystery that needed to be delved into.

Tongue Stones are actually fossilised shark’s teeth that have come from a Megalodon, an extinct giant shark that would have grown as large as 18 metres and roamed the seas from around 28 million years ago until 1.6 million years ago, when they were wiped out during the Pleistocene extinction.

So who thought they fell from the moon, and why? I had decided on the theme of my tour – fossil folklore. So the hunt began for more weird and wonderful stories.

Being in the Horniman made it really easy to research the subject, as there’s so much knowledge all around. I was able to talk to curators such as Dr. Emma Nicholls, the Deputy Keeper of Natural History, who was a big help in developing my tour; I searched our library for the perfect book, and even used our online database to find out fascinating information about the Horniman’s collections.

Our fossils are an often overlooked part of the Horniman, with most of them being located in cabinets that form a timeline around the balcony of the Natural History Gallery. These are the oldest objects in the Museum, with some of them dating back 500 million years. I find it hard to think about time in terms of millions of years.

People have been collecting and using these fossils for thousands of years. I find it fascinating that even before people knew about fossilisation and evolution, they were trying to explain the curious shapes they found in these objects, creating fabulous folklore.

With a mixture of fact and folklore the tour gives descriptions of five fossils in the Natural History Gallery and how they link with medieval lords, mythical beasts, magic, gods, even how they were used to help bread rise.

Also, what’s great is that after having sparked an interest in how fossils have been used as charms and amulets, there is now a new display of British charms in the World Gallery that’s just opened. So there’s lots more for me to discover and expand on the theme of fossil folklore, which I look forward to doing in future tours.

Listen to stories about the amazing world of ammonites

Storyteller Olivia Armstrong tells us all sorts of stories and myths about the amazing world of ammonites and fossils as part of the Object in Focus project.

What myths and folklore are hidden around the Gardens? We investigate plants and trees that have interesting stories to tell.

Sand Painting, America Made by Fred Stevens in 1966, this incomplete design…
Find out more
Display
Free

10am – 5:30pm
Our Natural History Gallery first opened in 1901. The design was influenced…
Find out more
About the Horniman