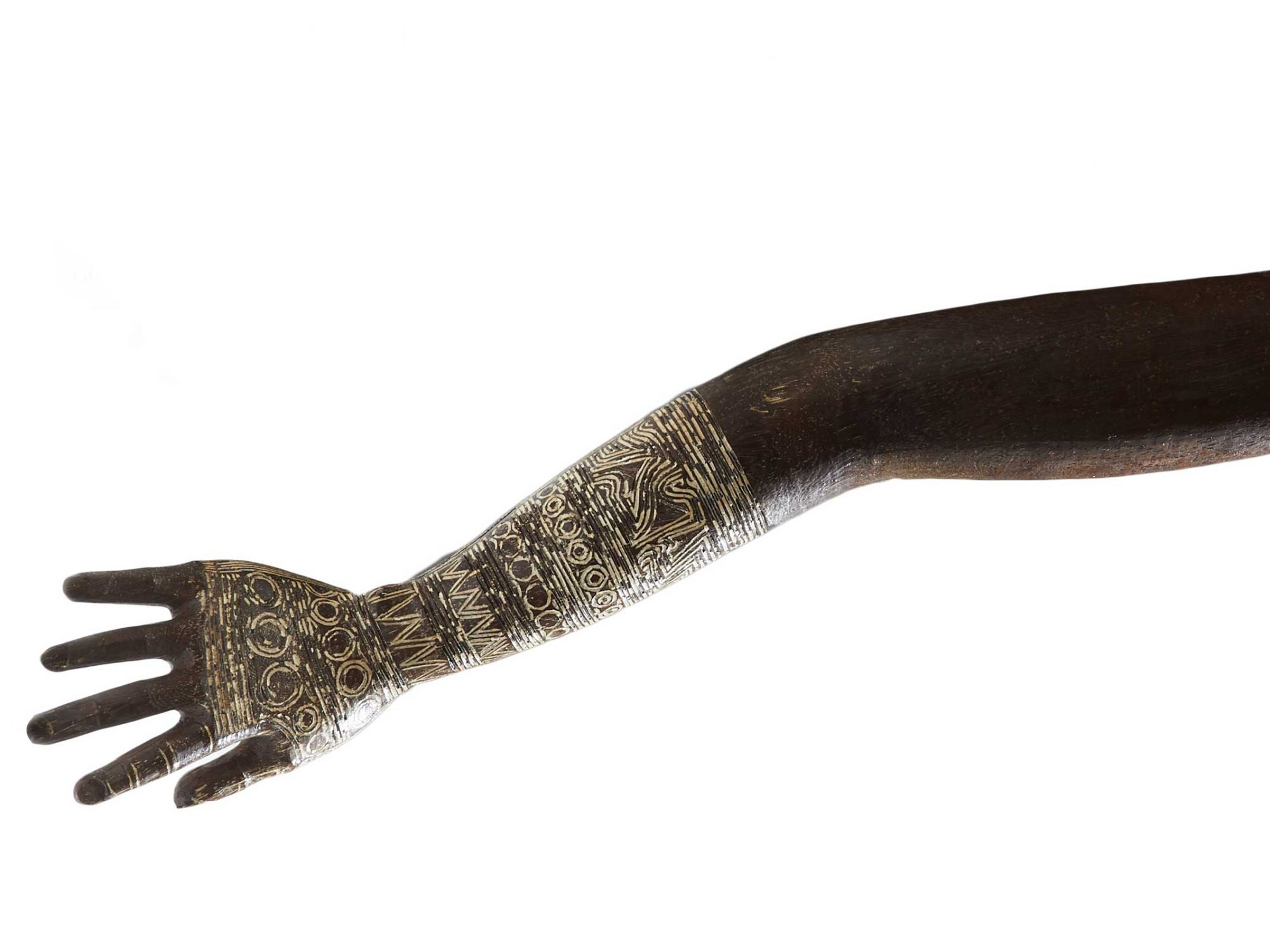 Behind the scenes Conservation and care Object in Focus Research
MA student Tim Tong speaks to Adrian Jo Milang, the descendant of a Kayan tattooist.

It’s common to buy a souvenir when we travel.

For centuries, British officials collected objects from the places they visited or conquered, not only as trophies but as specimens of other cultures for colonial purposes. However, some of the objects were not meant to be souvenirs, and were crucial artefacts of the communities.  They eventually went into museums and some were boxed in storage for centuries. Those we see in museums are only the tip of the iceberg.

Museum objects have their fate, but these three Kayan Tattoo models are lucky enough to meet the public via the Object in Focus programme. Rather than using objects as a tool for museums to manufacture their own meanings, what if we reversed it? Is it possible to ‘listen’ to the objects and how they might speak to the public for themselves?

I invited Adrian Jo Milang, a descendent of a Kayan Tattooist, to tell us about their tattoo.

Read the transcript of the film.

MA student Gayathri Anand takes a look at the Kayan Tattoo Illustration Models in this one off Object in Focus podcast episode.

MA student David Owen examines how to collect a tattoo, and collecting and colonialism in northern Borneo.

Accessible and fully-supported short term loans from the Horniman collections to other venues.
Find out more
About the Horniman