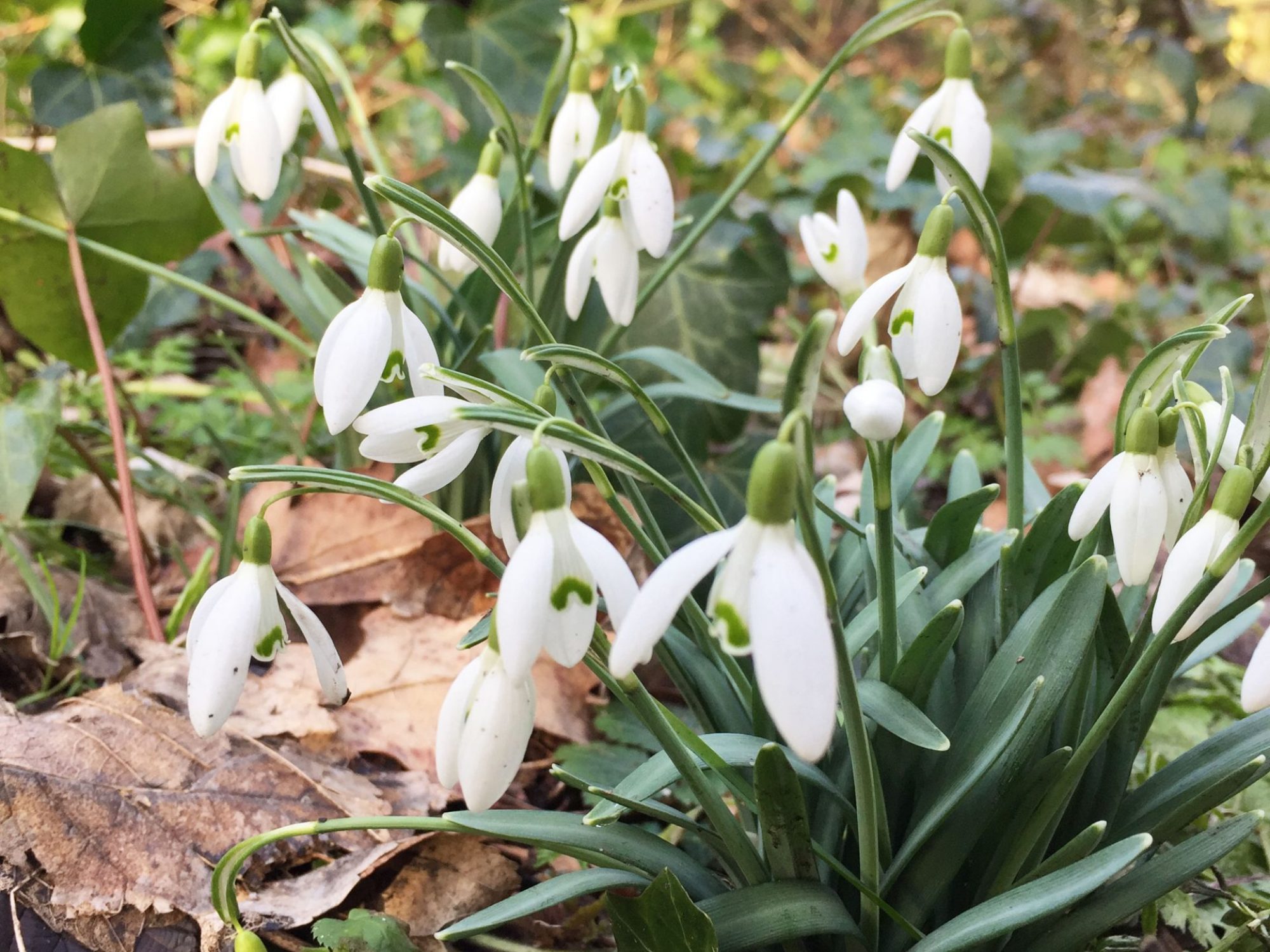 Gardens Natural world
What has Nature Trail regular Daniel Harwood spotted on the trail as we start to move into Spring?

Yesterday, as I was staring into the leaf litter at the side of the trail path, my eye was caught by an almost round, bright white egg lying unharmed on the woodland floor.

Whose was it? There are not many birds who start nesting at this time of year. Collared doves (Streptopelia decaocto) are well known for their year-round nesting, but I have never seen one on the Nature Trail. There are plenty of wood pigeons (Columba palumbus) around though, who do lay a white egg like the one I had found.

But this egg looked a little smaller than that of a pigeon. 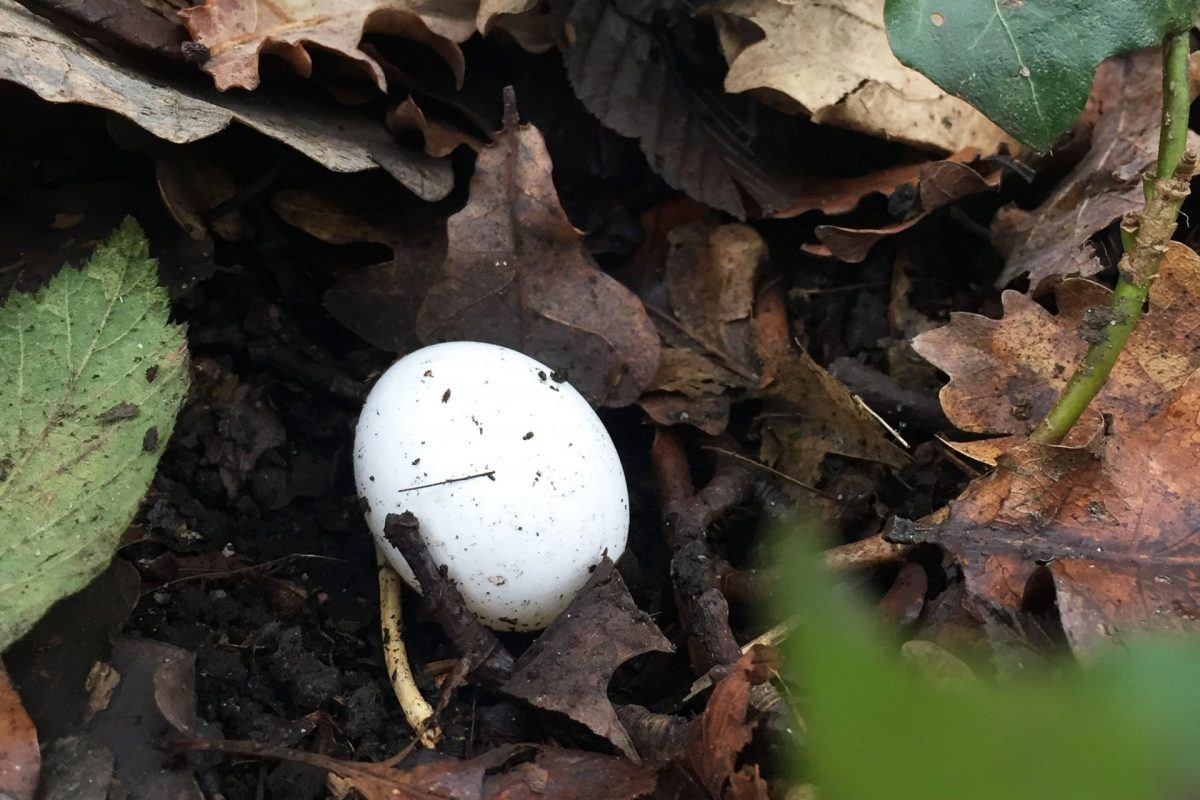 Who did the egg belong to? Daniel Harwood

Then I heard a squawk above me. Of course! This egg belonged to our friend the ring-necked parakeet (Psittacula krameri).

I wondered how it had got there. Had it failed to hatch in the cold snap, or was it the accidental victim of a boisterous squabble in the nest hole? Parakeets certainly seem to enjoy a boisterous squabble. Anyway, the parents have plenty of time left this year for another brood. And I suppose London is not short of parakeets.

The parakeets are an introduced species, of course, but where do they come from?

Not Jimi Hendrix, that’s for sure. The story about him releasing a pair on Carnaby Street in 1968 is complete nonsense. Researchers have found that the Hendrix urban myth, and the other equally implausible story about parakeets becoming established after their escape from the film set of The African Queen, only started to appear in 2005. 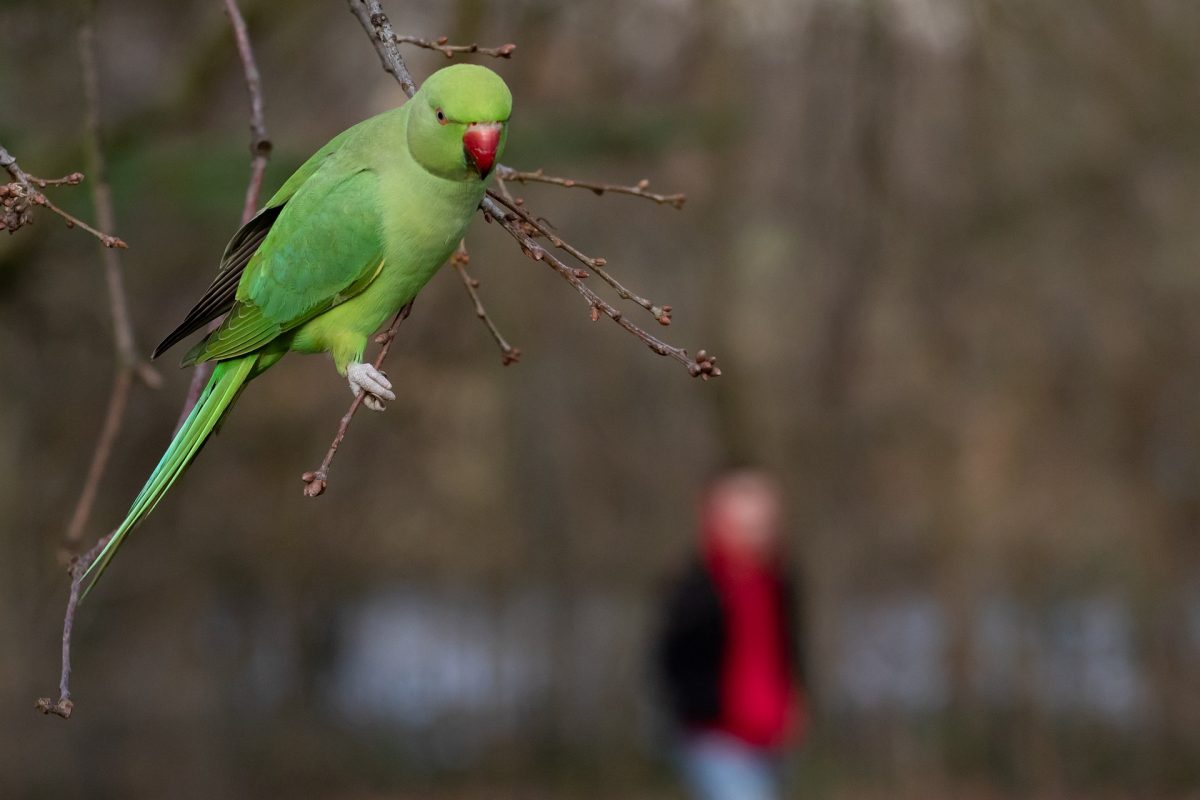 A paper in the Journal of Zoology in 2019 describes the spread of the parakeet in England, using newspaper reports as well as other sightings. The parakeet was a popular cage bird at one time, and genetic studies show that most of the parakeets now living in the UK are descendants of birds from north India and Pakistan, who would have been trapped for the cage bird trade. This explains why the birds can survive and thrive in the damp English climate. Their ancestors from the Himalayan foothills would be able to tolerate a spot of drizzle.

A free-flying parakeet was first seen in Norfolk in 1855, and over the years more and more were released or escaped their captivity.

Sensationalist news reports about the ‘killer’ parrot fever, psittacosis, in 1931 and again in 1952, persuaded many pet owners to let their birds go. Warmer and warmer winters, and people putting out food for garden birds aided their expansion. Now there are about 25,000 birds in England, mainly in Greater London and east Kent, but also in many spots further north.

Although they can be an agricultural pest in Asia and Africa, so far they seem to be harmless enough in the UK. There is a worry that because of their (very) early nesting habits they may ‘steal’ holes in trees that would otherwise be used as nest sites by nuthatches (Sitta europaea). But nuthatches seem to be doing well in this area. I nearly always hear their fast repetitive call when I’m on the Nature Trail, but maybe that’s them telling off the parakeets for taking their holes! 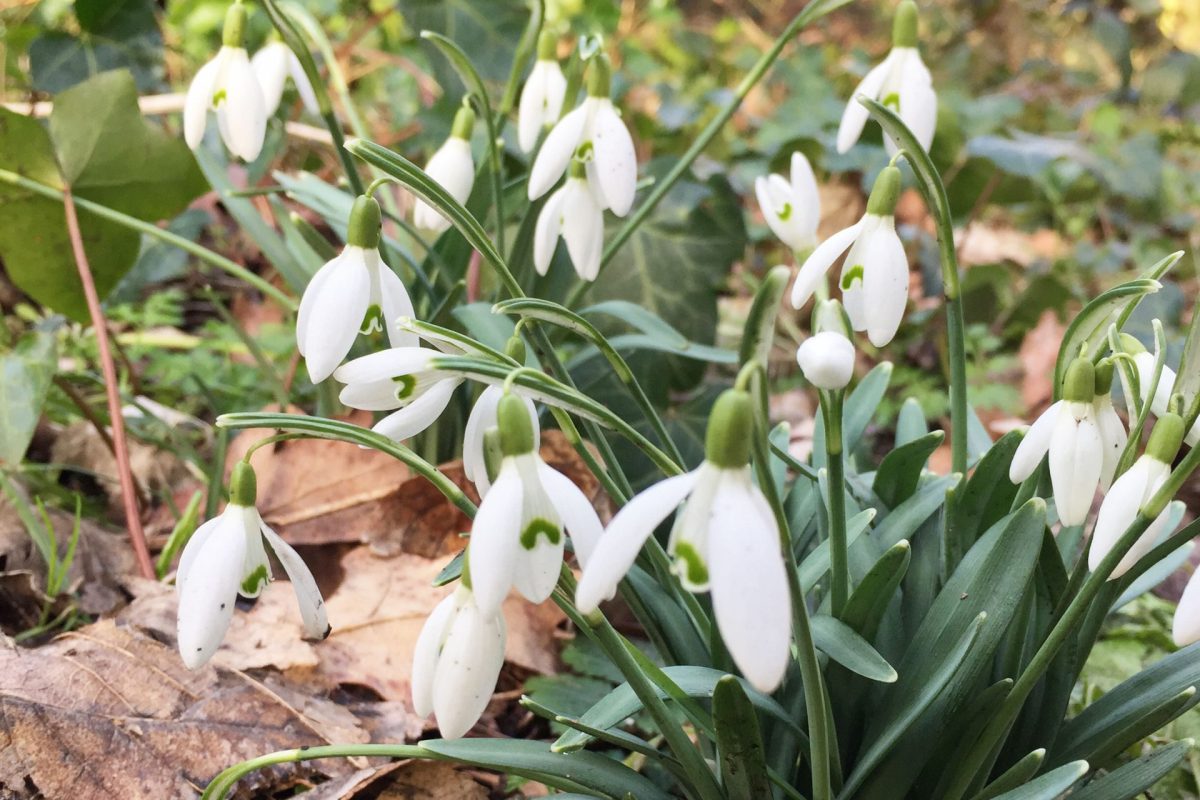 The Trail at the moment is enlivened by patches of snowdrops (Galanthus nivalis), another introduced species which, although widespread across mainland Europe, is not thought to be native to the UK. It seems it was introduced and became naturalised in the 16th century.

I always think though they look completely at home in British woodland, and they are so smart and cheerful against the dark late winter earth.

In the ‘language of flowers‘ snowdrops are synonymous with hope. We could all do with a bit of that this spring. As I finish typing, a little black and gold spider is crawling across my computer screen. I hope that in the ‘language of spiders’ she or he is an omen of good for the natural world.

Long may the parakeets, nuthatches and snowdrops, and all the other species grace the Horniman woods, live. And long may the little spider crawl around in my house. Which won’t be very long if my wife finds it, so let’s hope it has got the sense to build a web in one of those corners untouched by the long arm of the hoover.

The British Trust for Ornithology (BTO) website, especially their ‘birdfacts’ section is a reliable source of any fact you could possibly want to know about British birds.

9am – 4pm
The Horniman Nature Trail is the oldest in London. It…
Find out more

The Nature Trail has become popular in lockdown, as people find new green spaces to take their exercise in. Daniel Harwood has been looking at the fungi you can find at the moment.
Activity