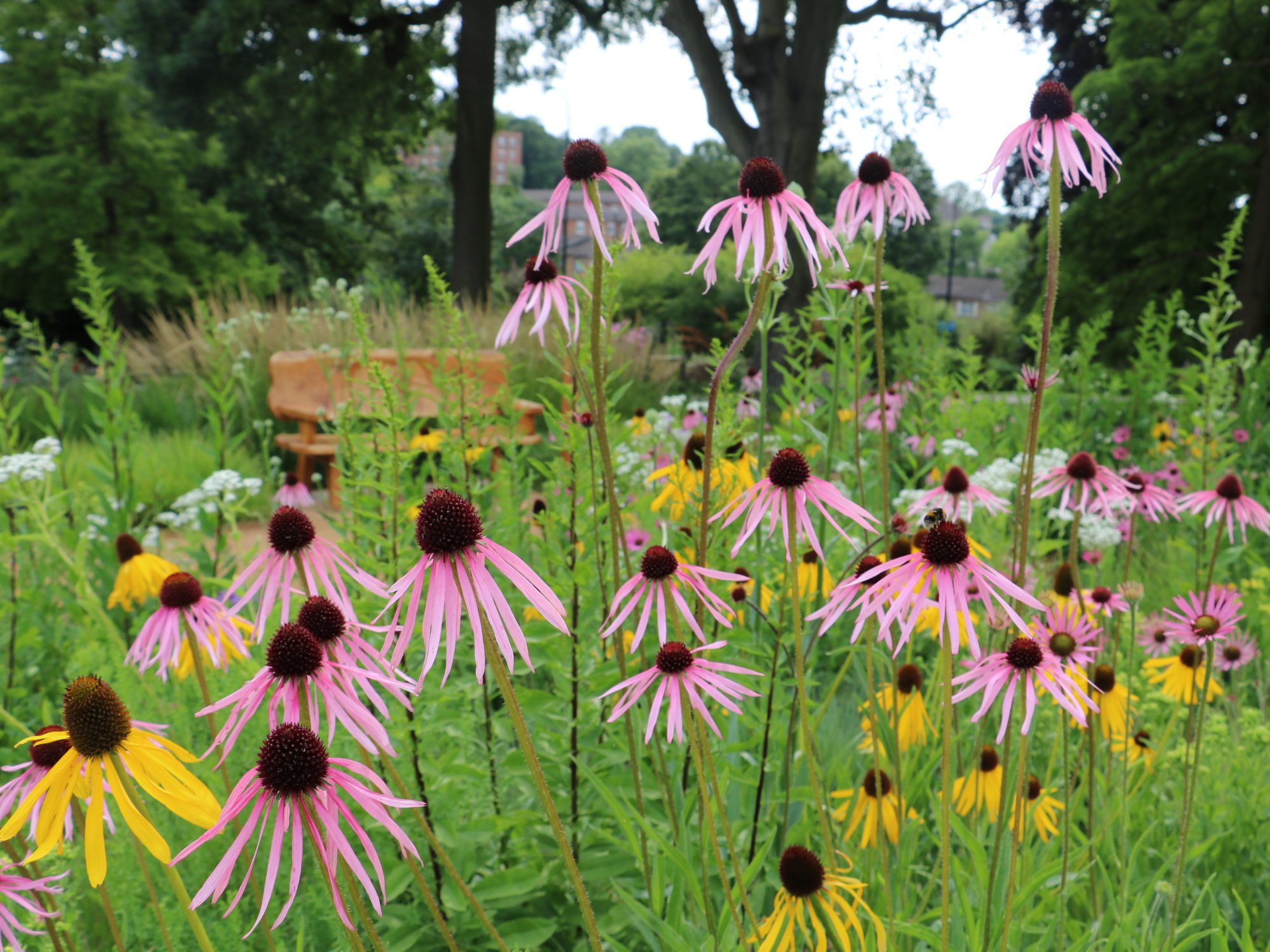 Anthropology Gardens
Our Grasslands Garden is open to explore and our Gardener Damien has picked some of his favourite plants in the display.

Regular visitors to the Gardens may have noticed that the central beds of our new Grasslands Gardens are bursting into life. 5,000 North American and South African perennials planted by the Gardens team last year are waking from their dormancy, and I thought I’d highlight a few of my favourites.

The earliest flowers have bloomed already but there is plenty more to come, with many of the species at their best in late summer. So do come along and visit.

I love Dodecatheons so my heart did a little somersault when I saw this on the list for the beds. Dodecatheon meadia is a spring-flowering, summer-dormant relative of the primrose from eastern North America. Its hanging purple flowers have strongly reflexed petals – so much so that they remind me of falling shuttlecocks. Its common name, more poetically, is ‘shooting star’.

After germination Dodecatheon seedlings grow for a month or so before doing what, to the uninitiated, looks like dying. They’re actually entering dormancy, which is quite unusual for a plant at such an early stage of development. After spending summer and winter as tiny dormant buds in the soil, they then emerge again the next spring. The first flowers usually come in the third year from sowing.

Time to see in flower: April-May

Another from North America, this time from the south-west. Also, a slight tease as it isn’t in the display just yet. The reason for this is it’s a hemiparasitic plant that draws most of its nutrition from the roots of other plants which is tricky to establish in cultivation.

We’re currently growing this in the nursery by allowing it to attach itself to pots of Canadian fleabane. The plan is to introduce some pots like this into the display this autumn. We would allow the roots time to make contact with other plants in the display, then remove the fleabane once the Castilleja has established on other host plants.

It usually parasitizes grasses in the wild, so we’re hoping this preference will help wean it off its current dependence on the fleabane once we plant out.

Time to see in flower: June-September

This is one of the real stars of the North American section of the display. Echinacea purpurea, along with its hybrids, is more familiar in UK gardens but Echinacea pallida is a wonderful, strong-growing plant with pale pink, drooping petals. Slugs and snails are a problem with Echinaceas while they’re young so checking the sides and bottoms of pots was a regular job when we were growing these. As you can imagine, a few thousand pots squeezed together provided plenty of hiding places for hungry critters.

Time to see in flower: June-July

This fleshy-leafed succulent from South Africa was one of the few plants we propagated from cuttings rather than seed. A few people have mistaken this for an Aloe in the display, presumably because of the long, tapering, fleshy leaf. Cotyledon orbiculata’s usual leaf form is actually ovate like its close relative, the popular houseplant Crassula ovata, the Jade plant. They are quite different though and we have a breed with cylindrical leaves, hence its variety name: dactylopsis meaning ‘looking like a finger’.

Time to see in flower: July-September

This beautiful, fleshy-rooted plant with striking white flower spikes occurs in the Renosterveld and Fynbos plant communities in South Africa. It is listed as vulnerable in the wild, where its habitat is threatened by agriculture and livestock grazing.

We produced ours from seed but got satisfactory germination only at the second attempt. It germinates naturally as temperatures cool after the summer heat. Our initial summer sowing produced very little but an early autumn sowing a few months later, with warmth during the day but cooler nights, brought a good number of seedlings.

As well as Bulbinella eburniflora we are growing plants of its relatives Bulbinella latifolia and Bulbinella nutans. All are currently growing on the nursery standing ground and should be introduced to the display in autumn or spring, another incentive to keep coming back to see this dynamic, changing display.

Time to see in flower: July-August 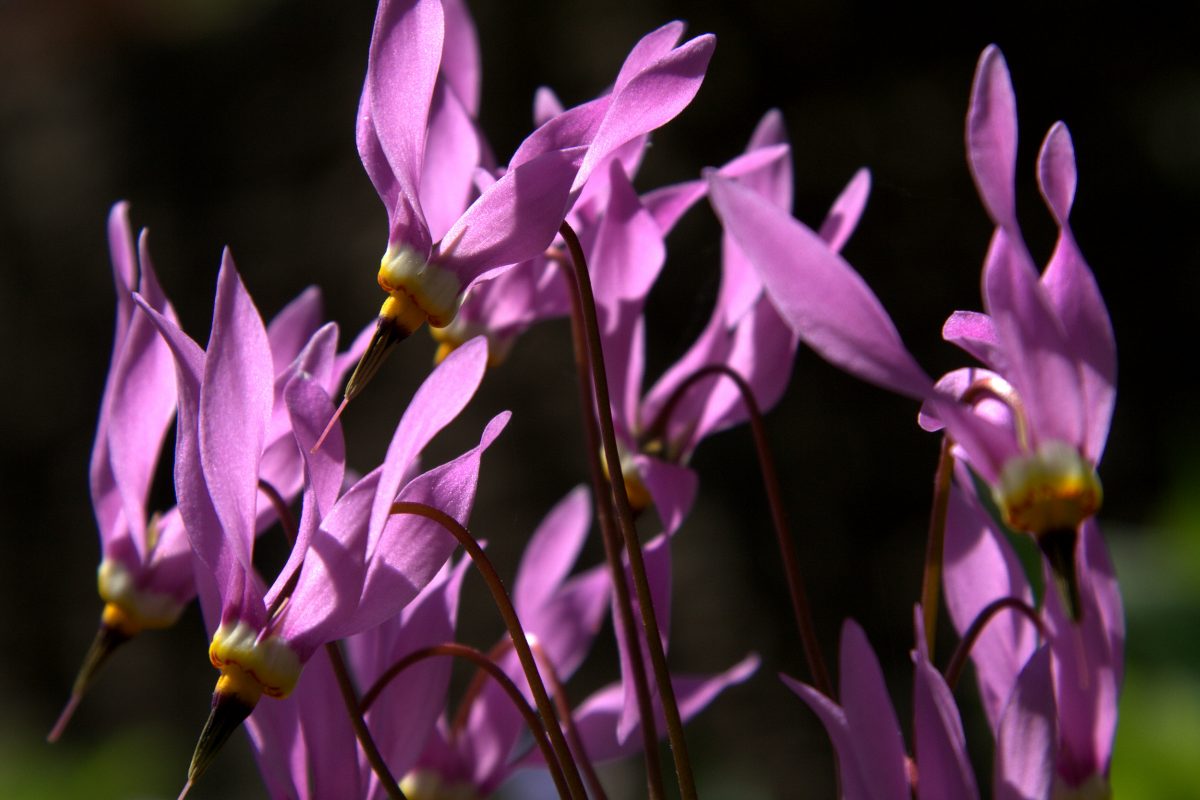 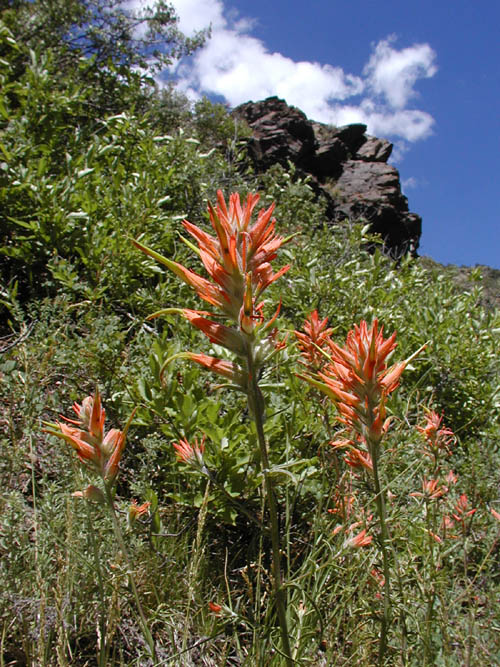 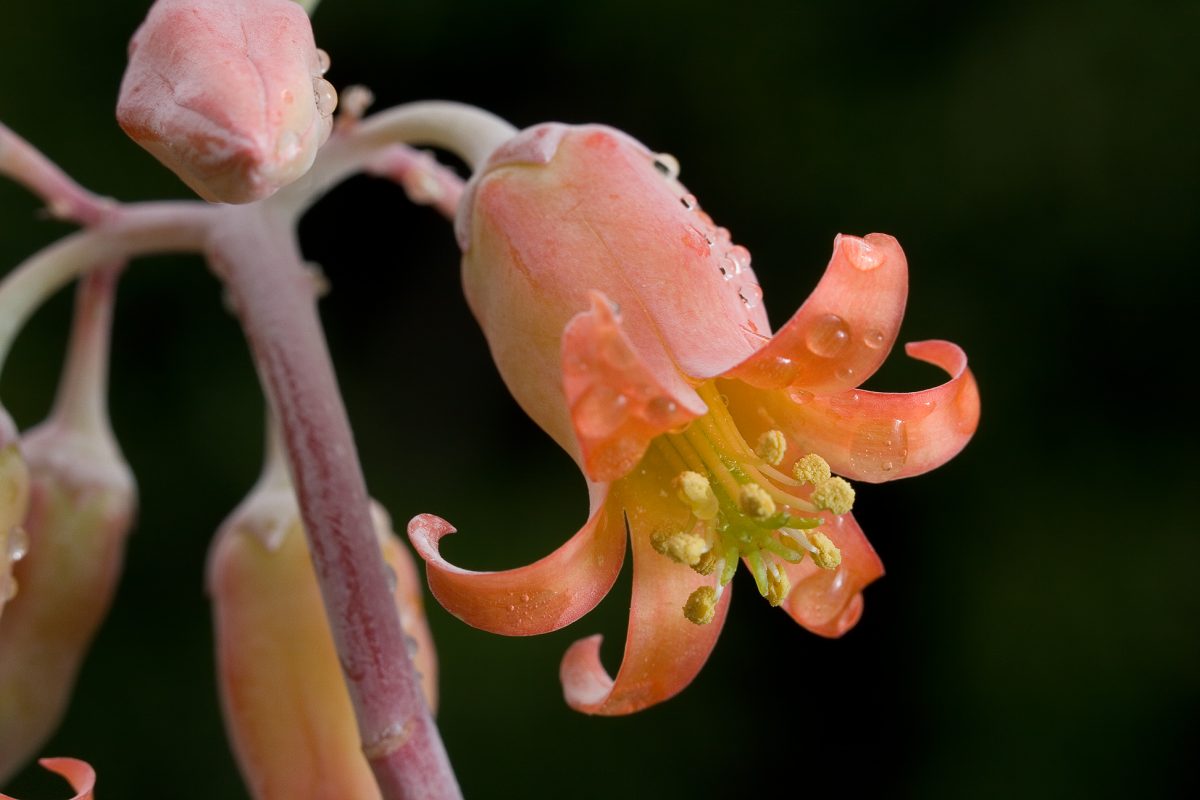 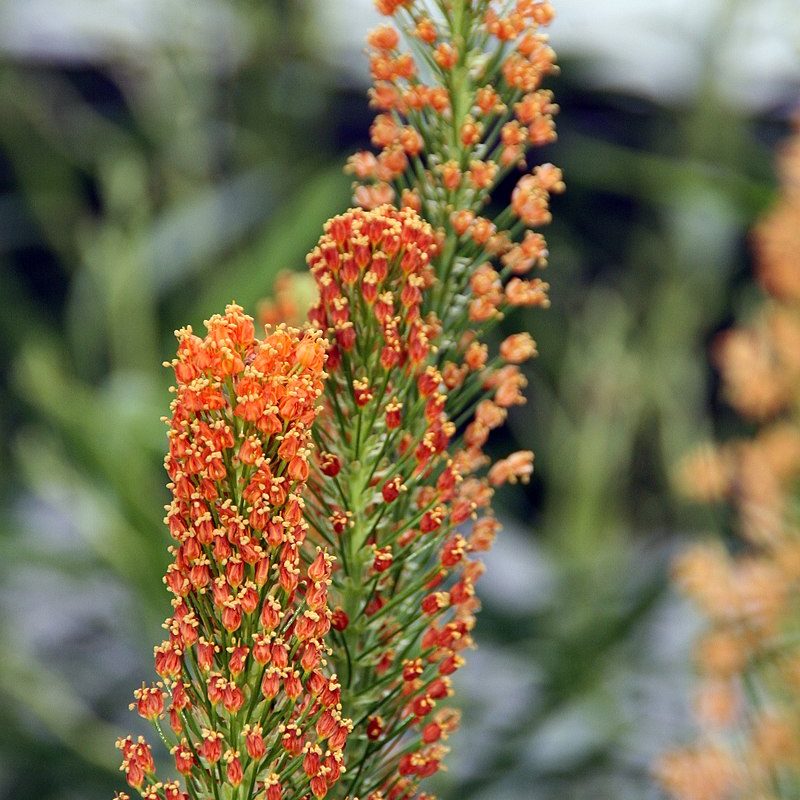 Monday - Saturday: 7.15am - Sunset
Sunday: 8am - sunset
The Grasslands Garden celebrates critically threatened wild landscapes. It has…
Find out more

Damien from the Gardens team fills us in on the challenges of growing so many plants from other environments right here in Forest Hill.
About the Horniman