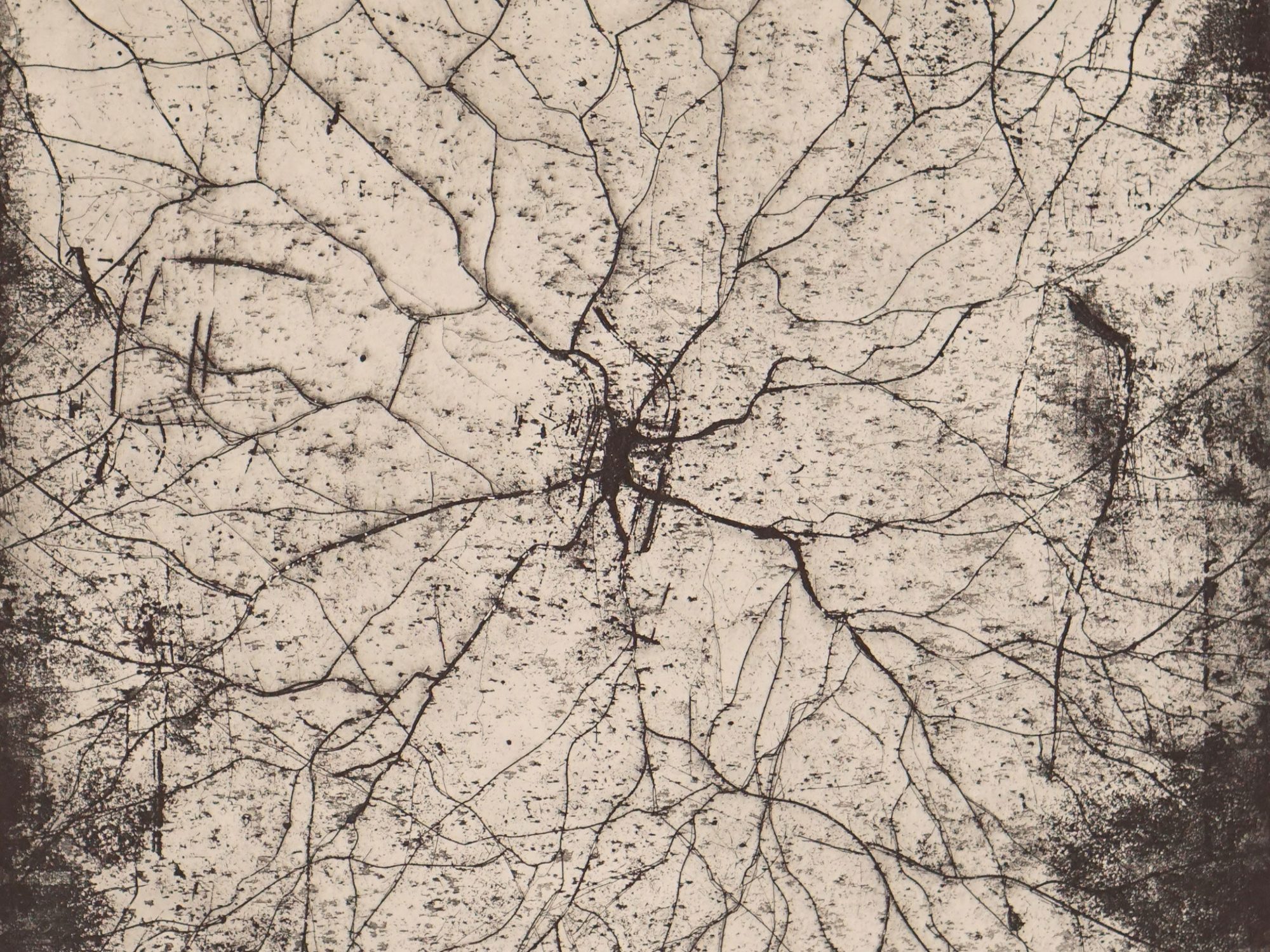 Anthropology Art History Women
Artist and Poet, Suman Gujral, shares with us work drawn from her family’s experiences during the Partition of India in 1947: Lion and Story.

The poem Lion is about my father.

He was very religious and knew a huge amount about Sikh history, and studied the Sikh holy book – the Guru Granth Sahib. Many Sikh men felt forced to cut their hair and give up their turbans when they came here, in order to get work. Dad refused to do that and I was fascinated to watch him tie it.

My mum got a job to tide us over until Dad managed to get a desk job. I was puzzled by his mood swings though – his mood could flip really easily. This is a similar experience in lots of South Asians, post-Partition.

I have come to realise over the years that this Dad must have been deeply traumatised by what he saw during Partition, and carried the weight of it with him always.

The work Fractured Earth accompanies Lion. The work symbolises the deep divisions caused by Partition, and by all global events which displace and divide families. 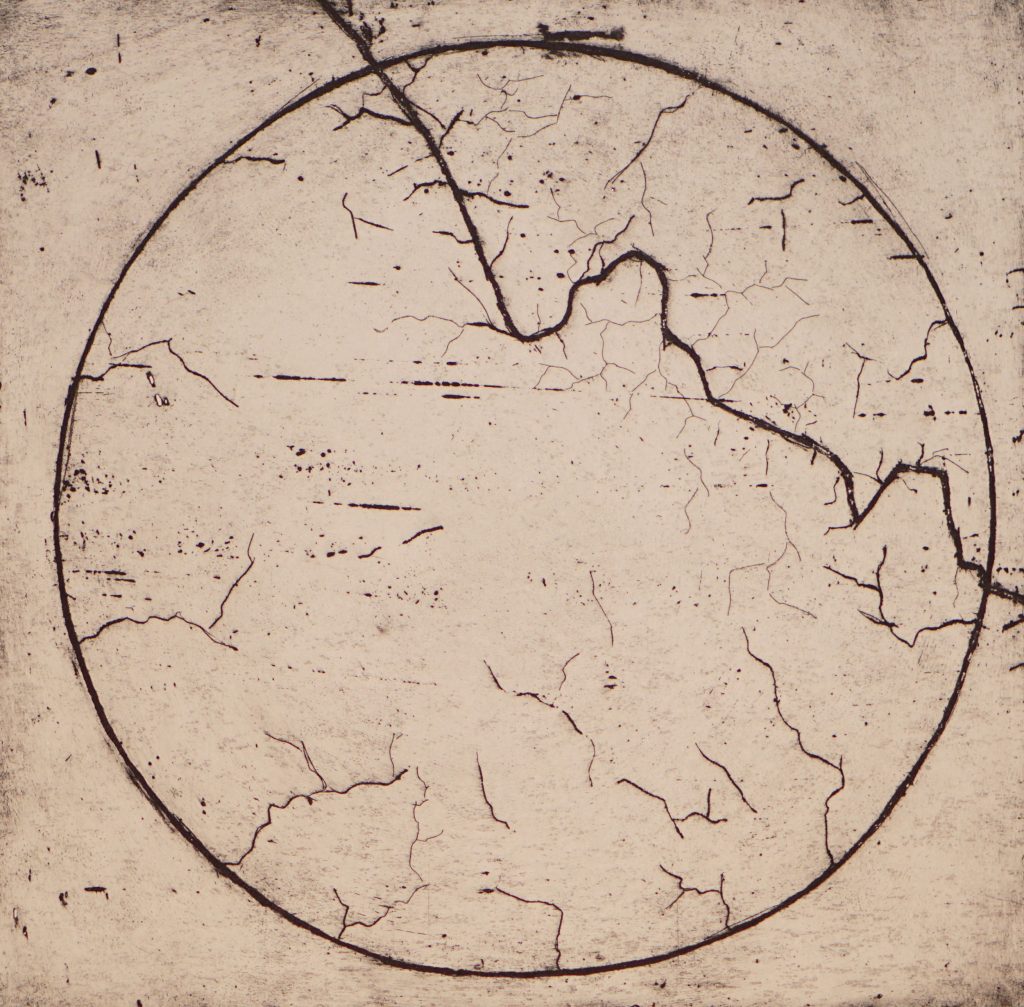 Fractured Earth, Suman Gujral, symbolises the deep divisions caused by Partition and by all global events which displace and divide families.

My Daddy is a proper Sikh, his turban is

so elegant, his beard is always neatly tied

he wears his suits with such aplomb, I

think he is more handsome than

I love it when he’s chanting prayers,

so rhythmic and mysterious

he loves us more than life itself

sometimes though, I am perplexed, his mood

swings right from day to night, sweeps away

our peacefulness, in just a millisecond

I sense an ancient hurt inside, which

I’m too young to realise, is grief and

rage for all that he has suffered

he never speaks about his trials

though, one day I will understand the

wounds done to his soul and land

he had to leave his childhood home

his early life and all he’d known,

to flee from those he’d long

for men in charge of India’s Fate

made choices which turned love to hate

rivers flowed with blood and bones

roads were paved with bodies,

no-one on them left alive,

whilst wells turned into coffins

though Dad survived and life

is good it’s not that long since

as Daddy never will be

My mother started telling me shocking stories about Partition and Colonial rule when I was very young.

This story is about my great uncle, his family were trapped and feared being caught so he offered them the terrible choice in the poem. But one of Mum’s cousins decided to take her chances and survived, which is how we know the story.

I used to wonder why Mum thought it suitable to tell a 12-year-old such a tale, but then recently realised that that is how old she was when her cousin reached the family, and told them what had happened.

This story is one that both sides of the border know. It is well documented that many families killed the womenfolk rather than let them be caught by the other side, and perhaps explains why there has been so much silence about this horrific event.

The artworks of Story accompany this poem. Life is unpredictable, a single event can change the course of our lives and our landscapes are reconfigured permanently, giving us new maps to navigate by.

words draw past into present, my third-hand

tears do not relieve me, each hearing

she conjures up her Chachaji, giving

his family a grievous choice,

quick death at his loving hand

or else tormented capture

ringing out behind her, mourning

as she ran, bringing us this love-story, 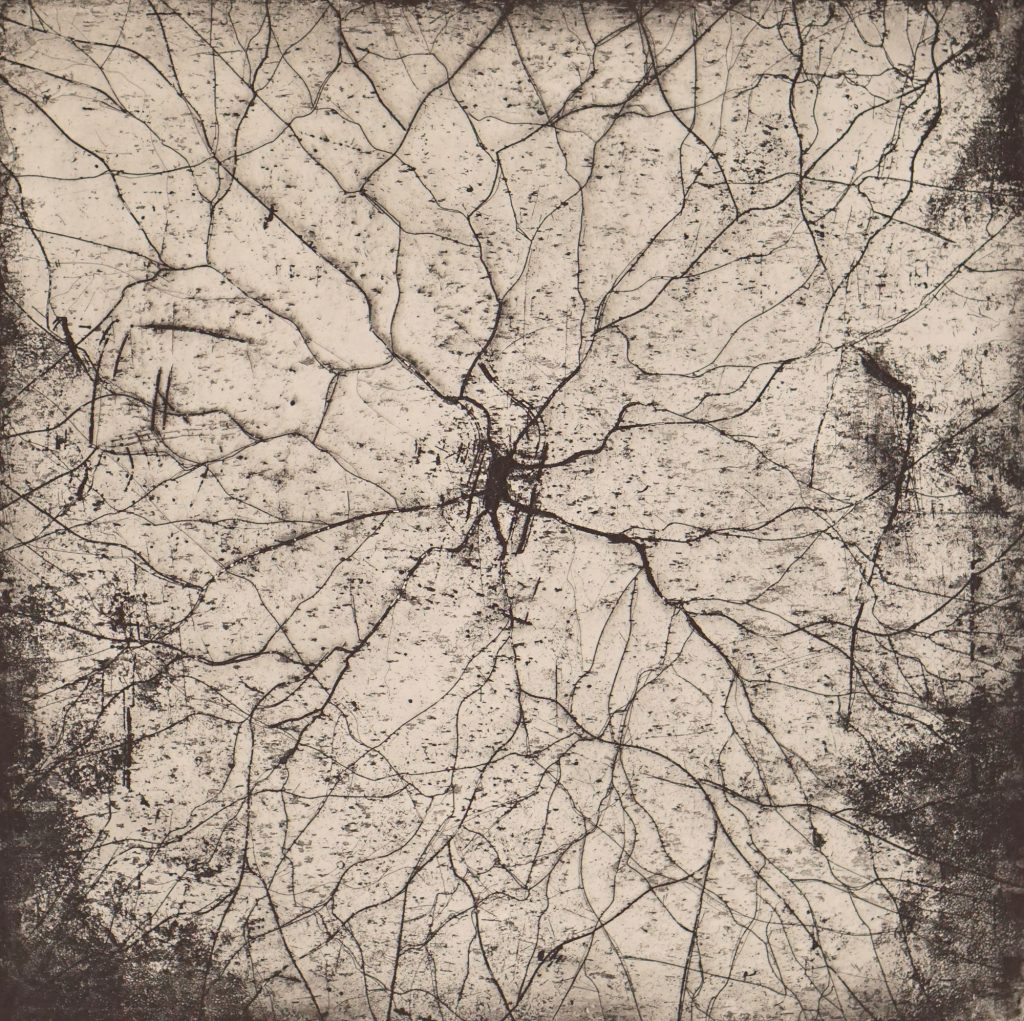 Story, Suman Gujral. Life is unpredictable, a single event can change the course of our lives and our landscapes are reconfigured permanently, giving us new maps to navigate by.

The film Lion was recorded for St Albans Museum and Gallery at Dig Well Arts. Thanks to Arts Council England.

The threads of Partition: Suman Gujral

In a series of posts throughout August, Artist Suman Gujral will share some of her poetry and artworks influenced by Partition.