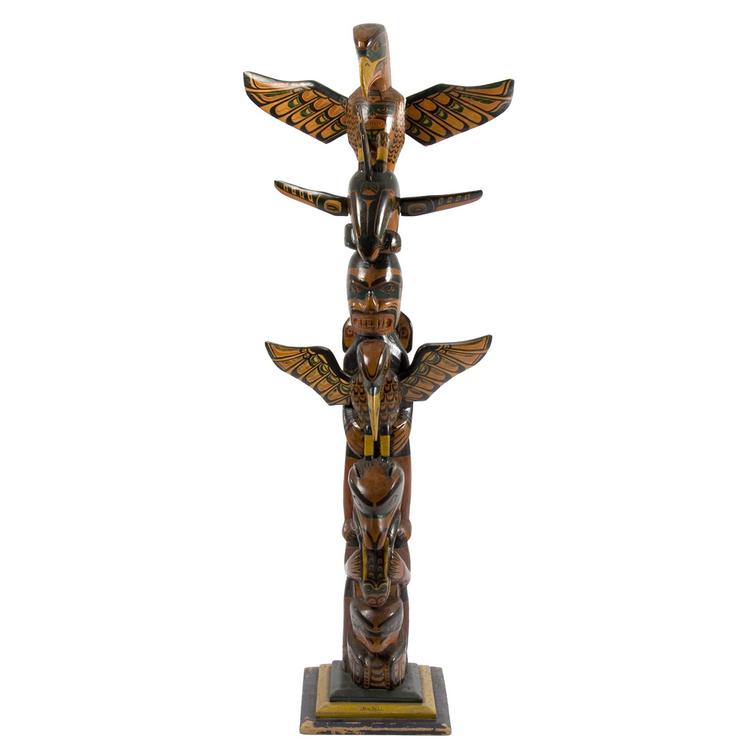 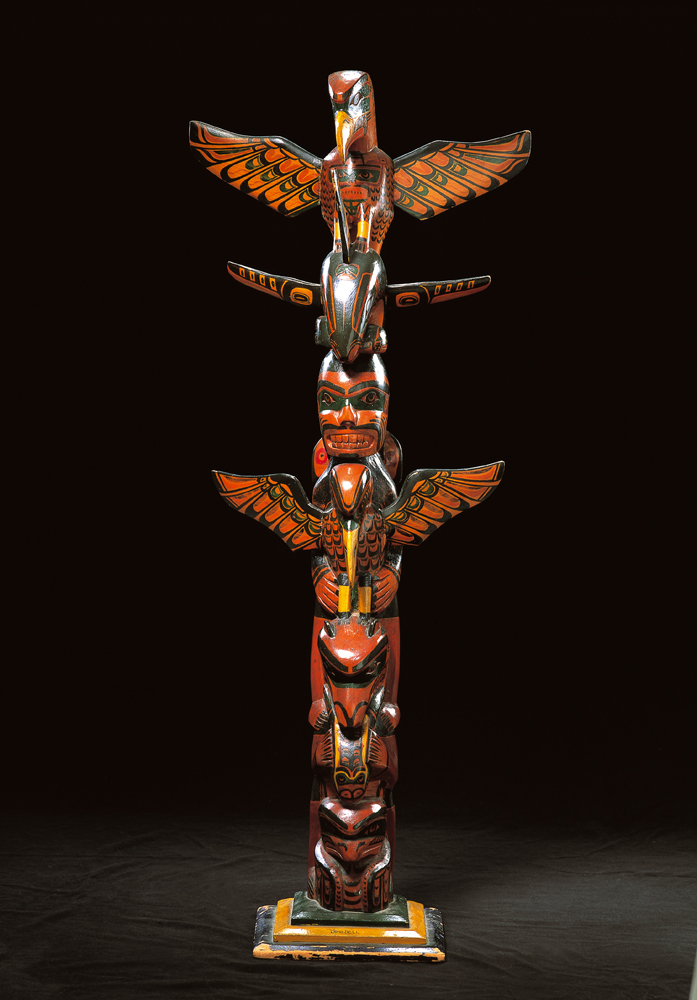 Model of a totem pole, from the Northwest Coast of the USA, depicting a number of anthropomorphic and zoomorphic figures.

The term 'totem pole' is not a native Northwest Coast phrase. In fact, the use of the term 'totem' to refer to the Northwest Coast images of family crests or emblems is not strictly accurate. The word 'totem' itself derives from an Ojibwa word, 'ototeman', and 'totemism' in anthropological terms refers to the belief that a kin group is descended from a certain animal and treats it with special care, refraining from eating or hunting it. The figures carved on Northwest Coast poles generally represent ancestors and supernatural beings that were once encountered by the ancestors of the lineage, who thereby acquired the right to represent them as crests, symbols of their identity, and records of their history. Several different types of these monumental poles include: tall house frontal poles placed against the house front (often serving as doorways of houses with the entrance through a hole at the bottom), carved interior house posts that support roof beams, free standing memorial poles placed in front of houses to honor deceased chiefs, and mortuary poles made to house the coffins of important people in a niche at the top. Tall multiple-figure poles were first made only by the northern Northwest Coast Haida, Tlingit, and Tsimshian peoples in Southeast Alaska and British Columbia. Large human welcome figures and interior house posts were made by the Kwakwaka'wakw and Nuu-chah-nulth people further south, and the Coast Salish people in Southern British Columbia and western Washington also carved large human figures representing ancestors and spirit helpers on interior house posts and as grave monuments. Essay by Robin K. Wright from the University of Washington Libraries.