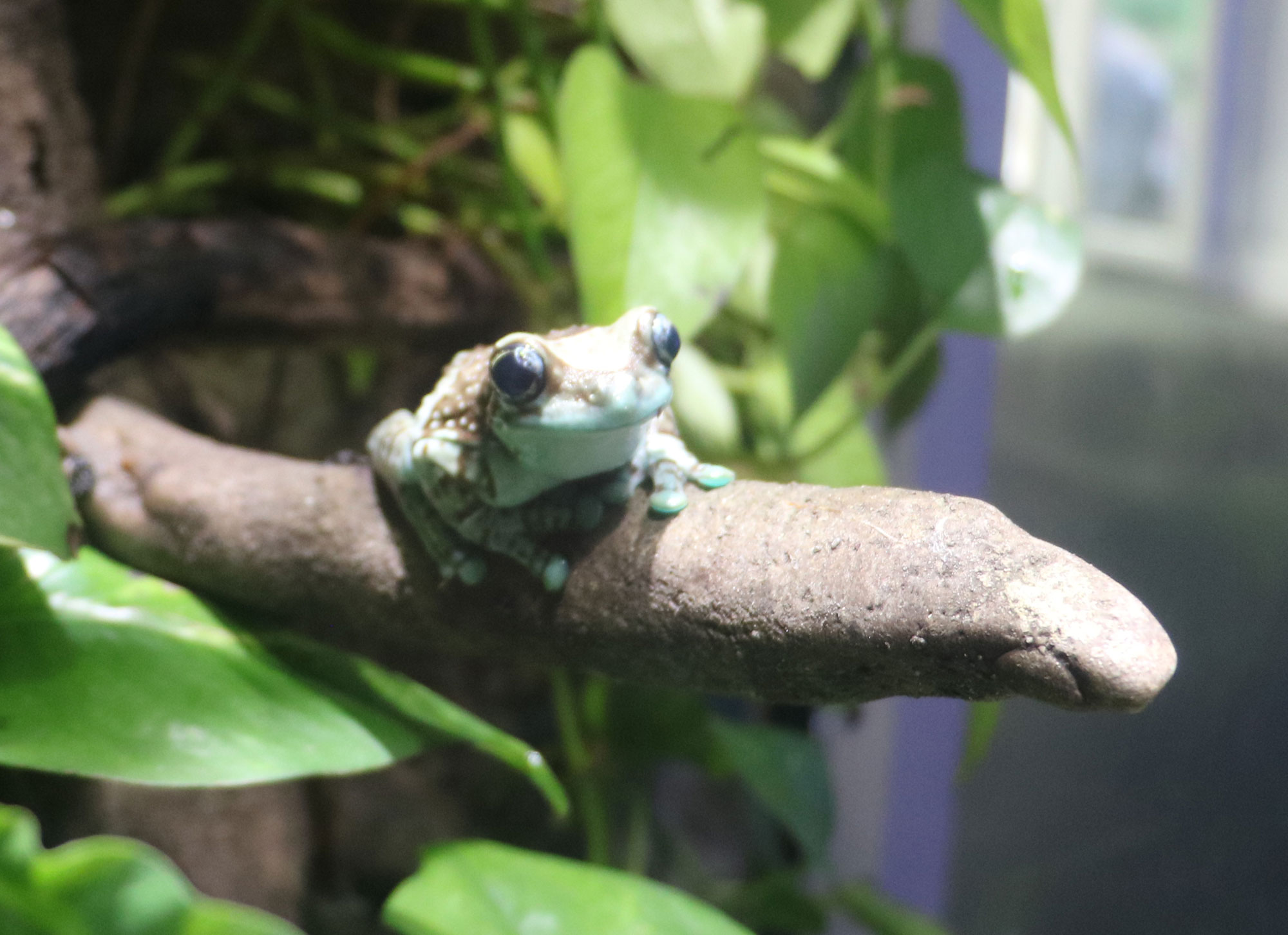 Amphibians are important indicators of global environmental health, and the effects of factors such as habitat loss, pollution, disease and climate change.

Because they are very sensitive to changes in their environment, and are important parts of many different ecosystems, the effects of factors which can affect other organisms are first seen in amphibians. They can serve as a warning sign of bigger problems to come if something is not done.

About our Amphibian research project

Why did we do this research?

In the 1980s, 40% of amphibians in Costa Rica disappeared and similar declines were seen in Ecuador and Venezuela.

This was the biggest mass extinction of land animals since the disappearance of the dinosaurs. The most worrying thing about it was that many of these extinctions took place in seemingly pristine habitats where the usual man-made problems of habitat destruction and pollution could not necessarily be blamed.

This is called ‘enigmatic decline’, and it has been seen in over half of critically endangered amphibian species.

Possible reasons for it include disease outbreak or climate change. Until we fully understand the reasons for enigmatic decline and how to overcome them, ex-situ research (away from the natural environment) is increasingly important in amphibian conservation efforts.

Just under half of all amphibian species can be found in South and Central America. Of these, 63% are in rapid decline, and these are mostly enigmatic. In particular, tree frogs have a high proportion of enigmatic declines. Ex-situ conservation of these species is especially important.

What species did we research?

Here at the Horniman, we concentrated our research on the ex-situ husbandry of the Agalychnis family of tree frogs.

Of these, all have decreasing population trends and two (Agalychnis moreletii and Agalychnis lemur) are critically endangered.

What research did we do?

Our tropical frogs were kept in a purpose built climate-controlled room behind the scenes in the aquarium. Research was carried out by life sciences placement students from the University of Manchester.

Specifically, we looked into tadpole husbandry as there is very sparse previous research into this area.

Tree frogs often have individual markings which we can use to identify them:

To keep a record of our frogs, we photographed each of their unique markings as well as determining their sex (which is done by looking at their thumbs).

In 2010, we built a bespoke room in which to house our tropical amphibians.

This room was equipped with the latest climate control systems, and also had hot and cold spots created naturally by air movement in the room, allowing it to become a flexible environment which could accommodate the different micro-habitats preferred by different species of frog.

The University of Manchester

Along the way, we’ll meet some amazing aquatic creatures, from…
Find out more
Walk