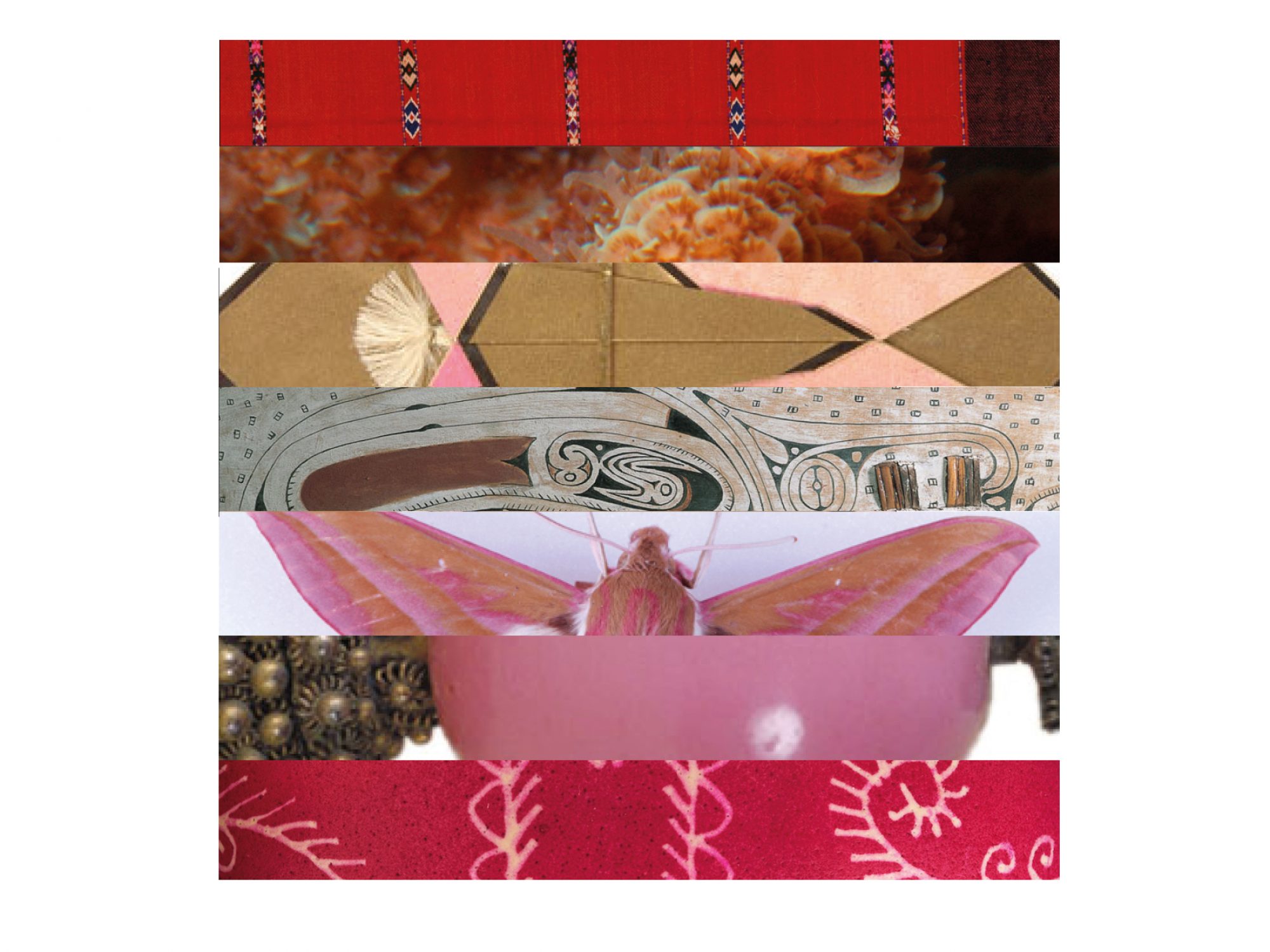 Anthropology Community LGBTQ+
Flags are symbols of pride and power. We wanted to highlight the difficult history of the lesbian flag.

An early lesbian flag and symbolism

In 1999, gay graphic designer, Sean Campbell created one of the first lesbian flags. It contains an inverted black triangle that repurposes a Nazi symbol used during World War ll. Under the Nazi regime, women who did not conform to Nazi ideals would be sent to concentration camps and marked with an upside down black triangle badge for identification and men would be forced to wear the same in pink.

The double axe – known as labrys – represents the strength and feminism of homosexual women and was adopted into the lesbian community in the 1970s. The labrys is also featured within Greek and Roman mythology, associated with Laphria, Artemis and Determis. The axe-like weapon was frequently seen in depictions of women warriors like Amazons. These women would fight as men did and are seen as a symbol of feminism.

Violets were another early lesbian symbol, dating back to c.600 BC. The poet Sappho described her lover as wearing a garland of violets. In the middle of the last century, lesbian women would give violets to women as an indication of ‘sapphic desire’. 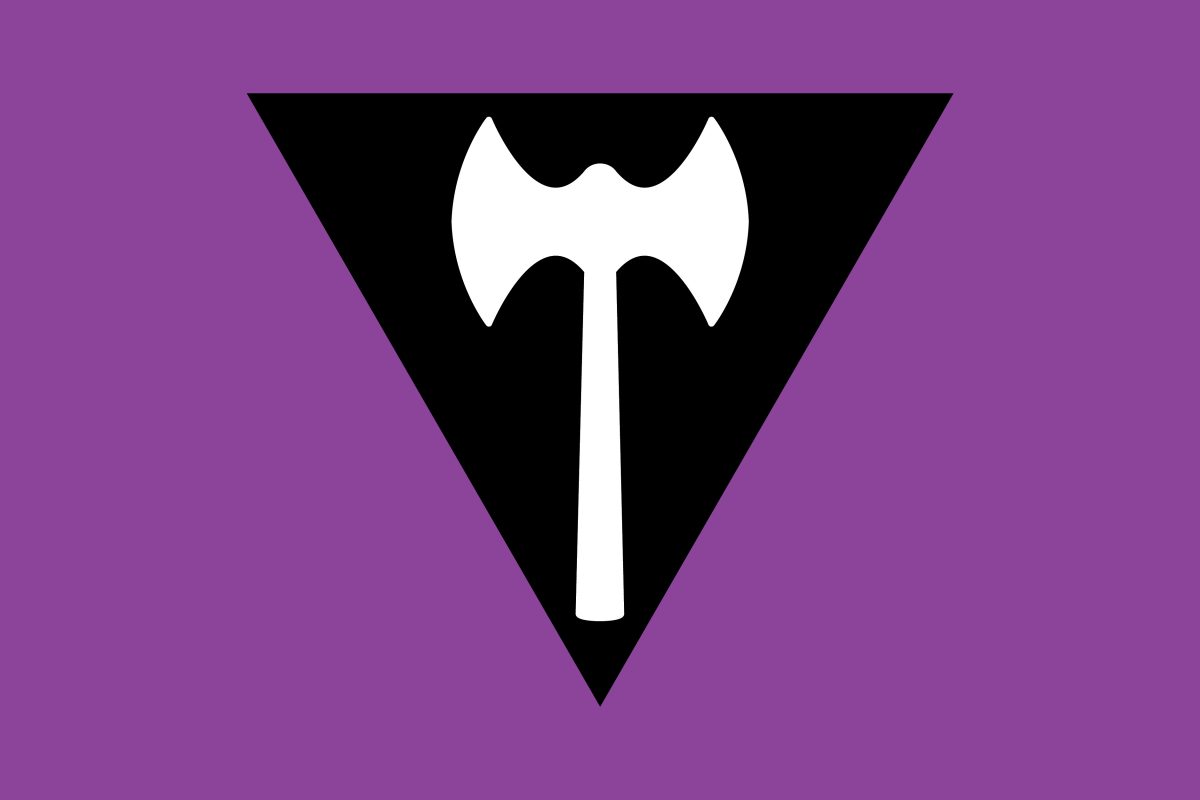 In 2010, what has come to be called ‘the lipstick lesbian flag’ was introduced by designer Natalie McCray.

As the design is mainly shades of pink and features a kiss mark, it has been seen as femme-only – excluding butch. This version has evolved into variants of the colours and also removal of the lips. The flag has left many uncomfortable following bigoted comments made by McCray, on a since-deleted blog, meaning so many in the community do not want to be represented by the flag.

Twitter user, Emily Gwen created a flag which is inclusive of butch women, Trans women, and non-conforming women. It has gained some popularity and has been shared on several social platforms. 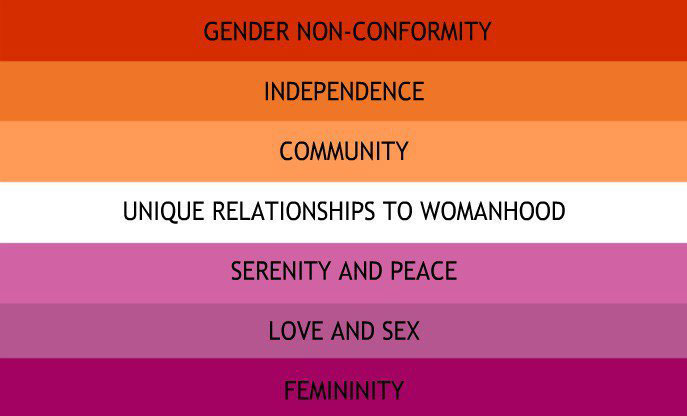 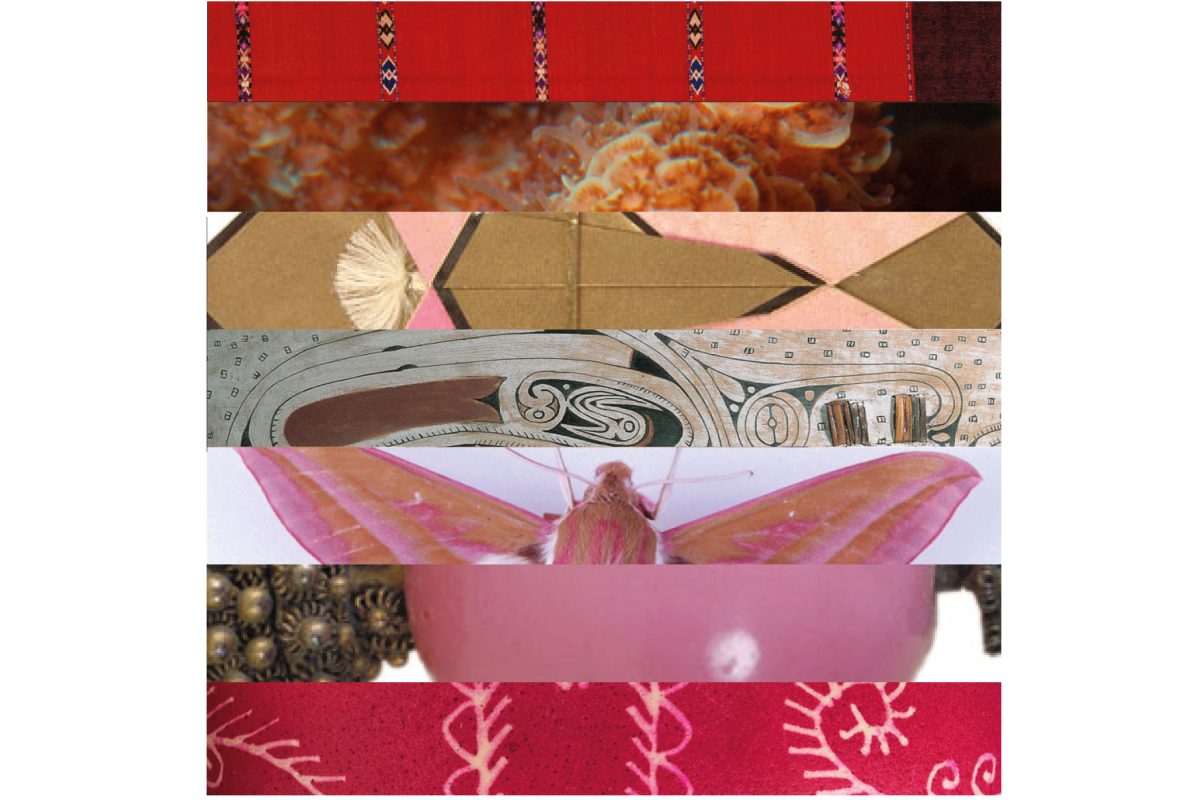 Currently, there are 13 different lesbian flags proposed on this encyclopedia of pride flags. Although Gwen’s flag seems to be gaining some consensus, there is still a lot of debate around which colours and symbols best fit the whole community.

Thanks to social media, more people have the power to be empowered and create representations for their own identities and send them out into the world.

LESBIANS AND THE THIRD REICH

Everything you need to know about the lesbian flag

Violets, Bi-Angles, And Double Moons: A Guide To LGBTQ+ Symbols

Amazon Warriors Did Indeed Fight and Die Like Men

LGBTQ+ Stories and Themes of Love

Rachael Minott, Curator of Anthropology (Social Practice), has been looking at the different expressions of love in the World Gallery.