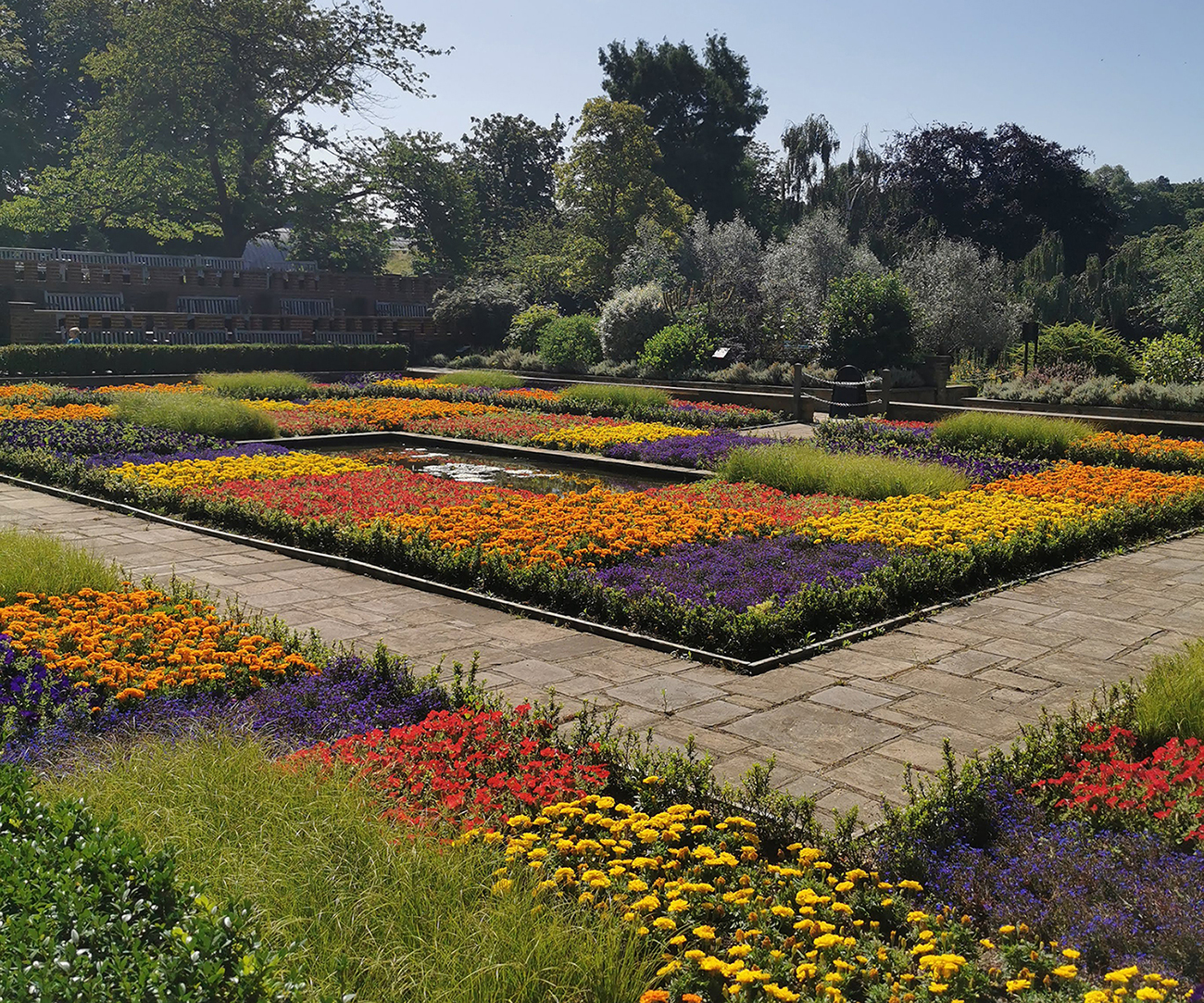 Exhibitions Gardens News
Gardeners at the Horniman are taking block planting very literally this summer with a formal bedding scheme based on LEGO® bricks.

The six-colour seasonal planting scheme will feature lobelia, carex, petunias and marigolds, planted in rectangular and square blocks in the Horniman’s 1930s-built Sunken Garden – especially apt as the LEGO group was founded in 1932.

The design has been inspired by the Horniman’s current family exhibition Brick Wonders, which uses ½ million LEGO® bricks to recreate wonders from around the world, from an ancient Egyptian pyramid to the Great Barrier Reef.

It’s not the first time that an indoor exhibition has inspired an innovative formal planting scheme at the Horniman. Last summer’s scheme was a spectacular colour wheel of 12 different shades of bedding plants, in honour of the Colour: The Rainbow Revealed exhibition.

Formal garden designs typically use geometric shapes, symmetry and balance. While this scheme isn’t the traditional arrangement of two or three bedding species with a few accent plants, which visitors will have seen in our spring displays, you can still see those formal garden principles at work. Our LEGO® brick-inspired display is a deceptively simple design that uses reflection symmetry in the outer border, and central symmetry for the central bed surrounding the pond, to create the brick-like pattern.
Wesley Shaw, Head of Horticulture

The LEGO® brick-inspired display will be planted in May and in full bloom from June to September.

The Brick Wonders exhibition is open until 27 October. Tickets*: Child £5, Adult £9, Family (up to two adults and two children) £20. Free entry for Horniman Members and Benefactors. *Prices include a voluntary Gift Aid donation which helps support the work of the Horniman. Book online: horniman.ac.uk

13 facts about the Horniman Gardens

To celebrate the Horniman Gardens receiving their 13th consecutive Green Flag Award, we’ve gathered together our 13 favourite facts about the Gardens.

Brick Wonders at the Horniman Museum and Gardens

What would you build with half a million LEGO® bricks? Find out what’s possible at the Horniman’s new Brick Wonders exhibition, opening in February 2019.

Damien from the Gardens team fills us in on the challenges of growing so many plants from other environments right here in Forest Hill.
About the Horniman