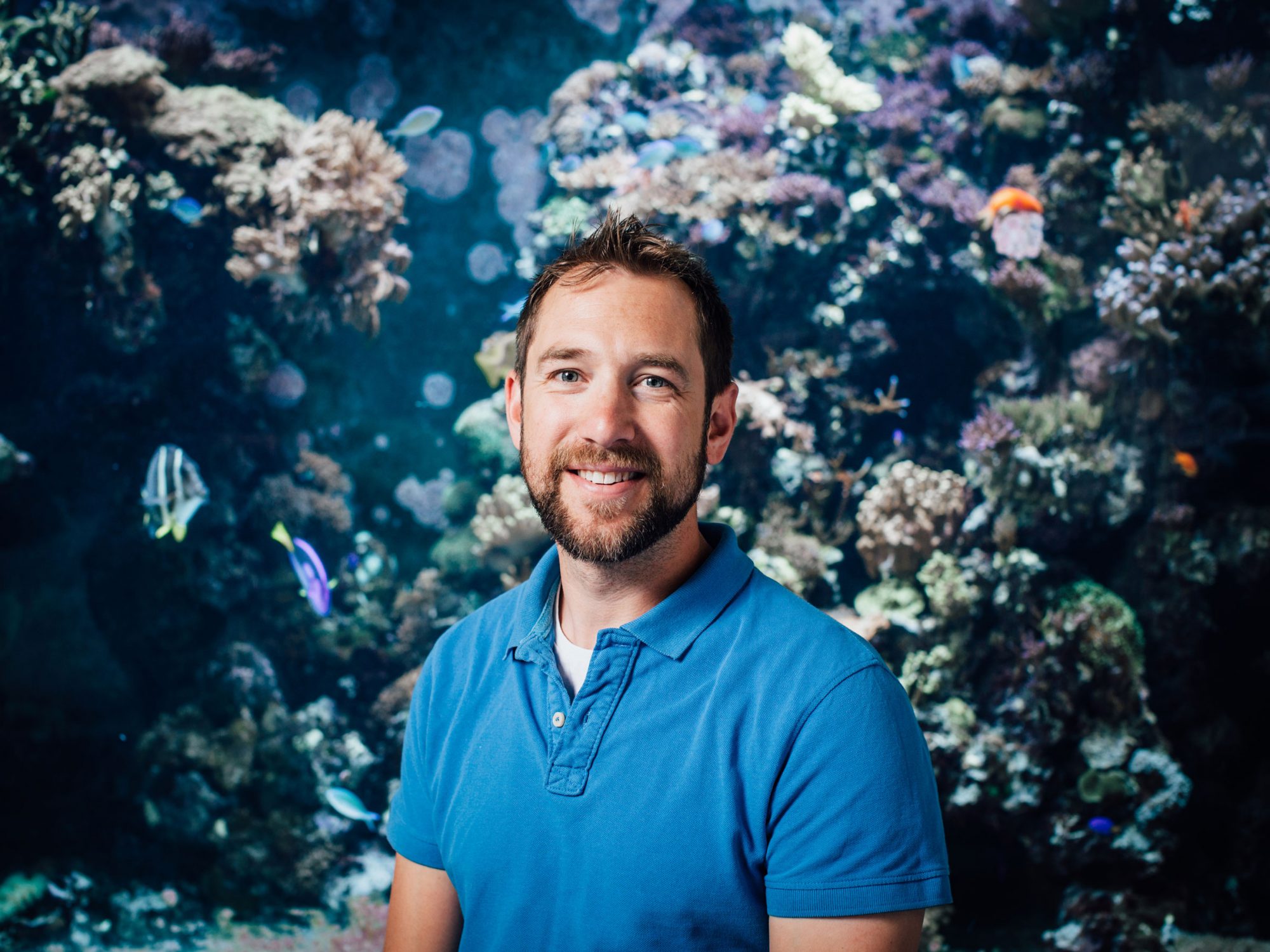 Aquarium News Project Coral
Jamie Craggs, Aquarium Curator, has been announced as Aquarist of the Year in recognition of his extensive work in coral larval research, which is now being applied to coral reef conservation work in the United States.

Jamie’s Project Coral research at the Horniman has developed techniques to replicate natural reef conditions – and the triggers for mass spawning events – in the lab. This success in predictably spawning land-based corals is now paving the way for Jamie, his team and international partners to investigate, counter and repair the impact of climate change on coral reef health and reproduction.

I feel incredibly honoured to receive this year’s MASNA Aquarist of the Year title. I regard the previous winners as mentors who have inspired and supported me in my career.

Project Coral has been a journey of discovery over the past six years and is truly a joint effort by the Horniman Aquarium staff, our scientific partners and corporate sponsors. It has grown amazingly in that time, thanks to their support. To see techniques we have developed in London now being used by our partners for active conservation of critically endangered coral species in the Caribbean is fantastic. With the pressing issue of climate change affecting coral reefs there is still so much to do, but that inspires our team to continue to explore the possibilities of ex-situ coral spawning and make new discoveries.
Jamie Craggs, Aquarium Curator

Jamie regularly speaks at conferences and shares his findings of captive coral spawning through magazine articles and on social media. His recent scientific publications have been published in open source journals, ensuring free access to all.

Jamie Craggs has been Aquarium Curator at the Horniman Museum and Gardens since 2008, and is a science associate at the Natural History Museum and a fellow of the Linnean Society of London. Jamie is currently reading for a PhD at the University of Derby focusing on his Project Coral research.

Alongside Jamie Craggs as 2018-2019 MASNA Aquarist of the Year, MASNA is also honouring Frank Baensch, a Hawaii-based researcher of fish larval culturing, who becomes the 2018 MASNA Award Winner.