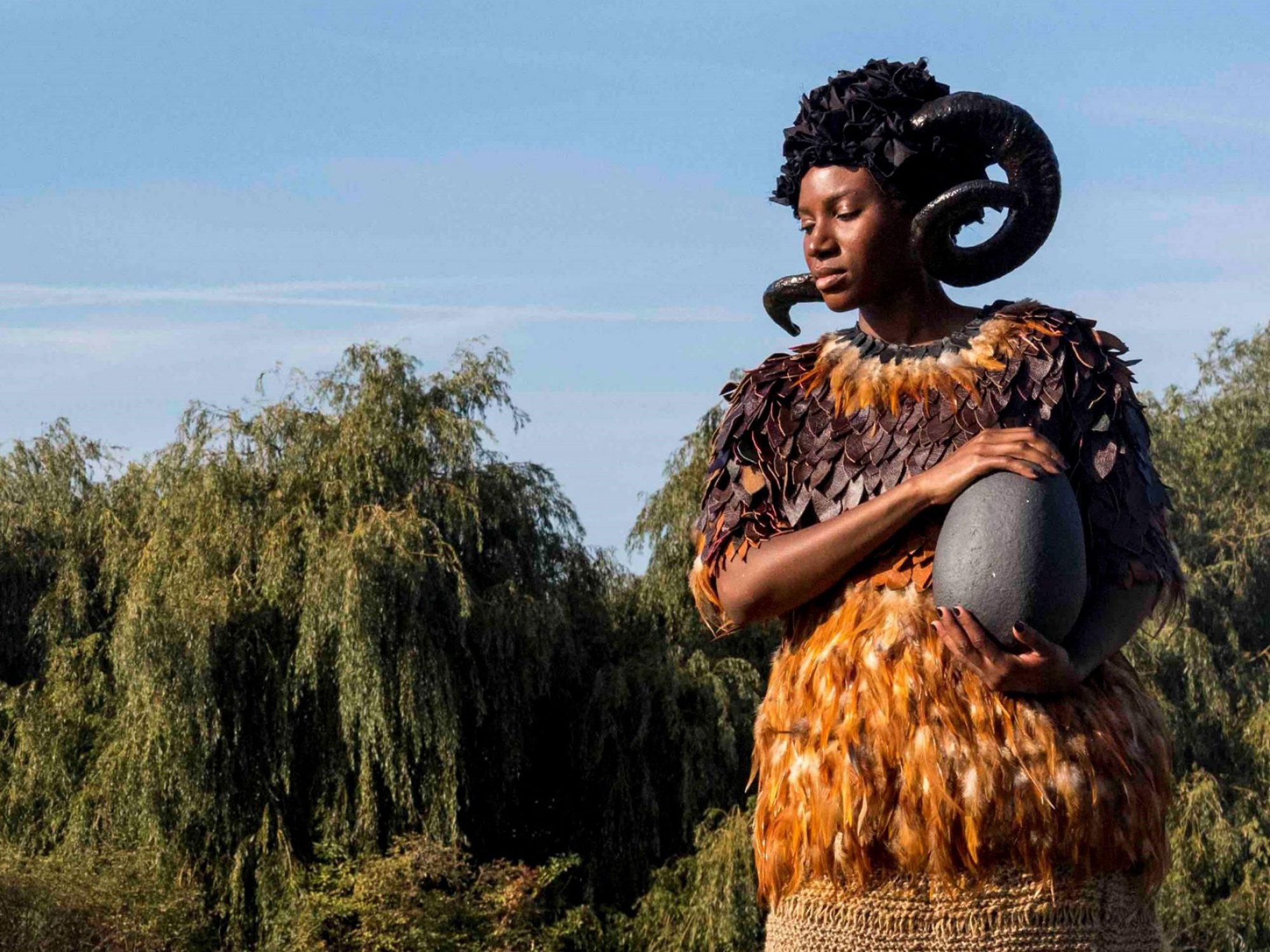 In the World Gallery, there is a striking artistic representation of the Ijaw deity Woyingi by Alafuro Sikoki-Coleman.

Woyingi (Nana Owei) defined as Our Mother, she who owns us, is imagined with black eggs, which refer to muto the divine womb.

The Ijaw creation myth places the origin of humanity at the feet of a supreme being sometimes called Woyingi, Woyengi or Wonyinghi sometimes Temearau – she who creates.

The womb and its blackness are significant as it celebrates the origin of humanity from a cosmic womb, that symbolically celebrates black womanhood.

This study shows the importance of the stories we tell ourselves and revere and how these stories have implications for all other aspects of life.

It is easy to see how Woyingi can be a symbol for empowerment, she is described as a beautiful and powerful; she is good and wise and she listens.

The creation myth, in which she centres, sees her arrive on earth by a thunderbolt. Finding it empty she makes humans from the earth beneath a scarred tree with her feet resting on a creation stone. Before she is finished, she breathes lives into each one and asks them who they would like to be.

She grants each human their wish. However the choices they make, for power or material things determine which river she leads them down, the clear still river, or the muddy and turbulent river.

They live the lives they chose and return to Woyingi only in death.

* Uzobo, Endurance & Ogbanga, Mina & Jack, Jackson. (2014). THE IMPLICATIONS OF THE FEMINIZATION OF GOD AMONG THE IJAW PEOPLE OF NIGERIA. African Journal of Social Sciences. 4. 99-108.