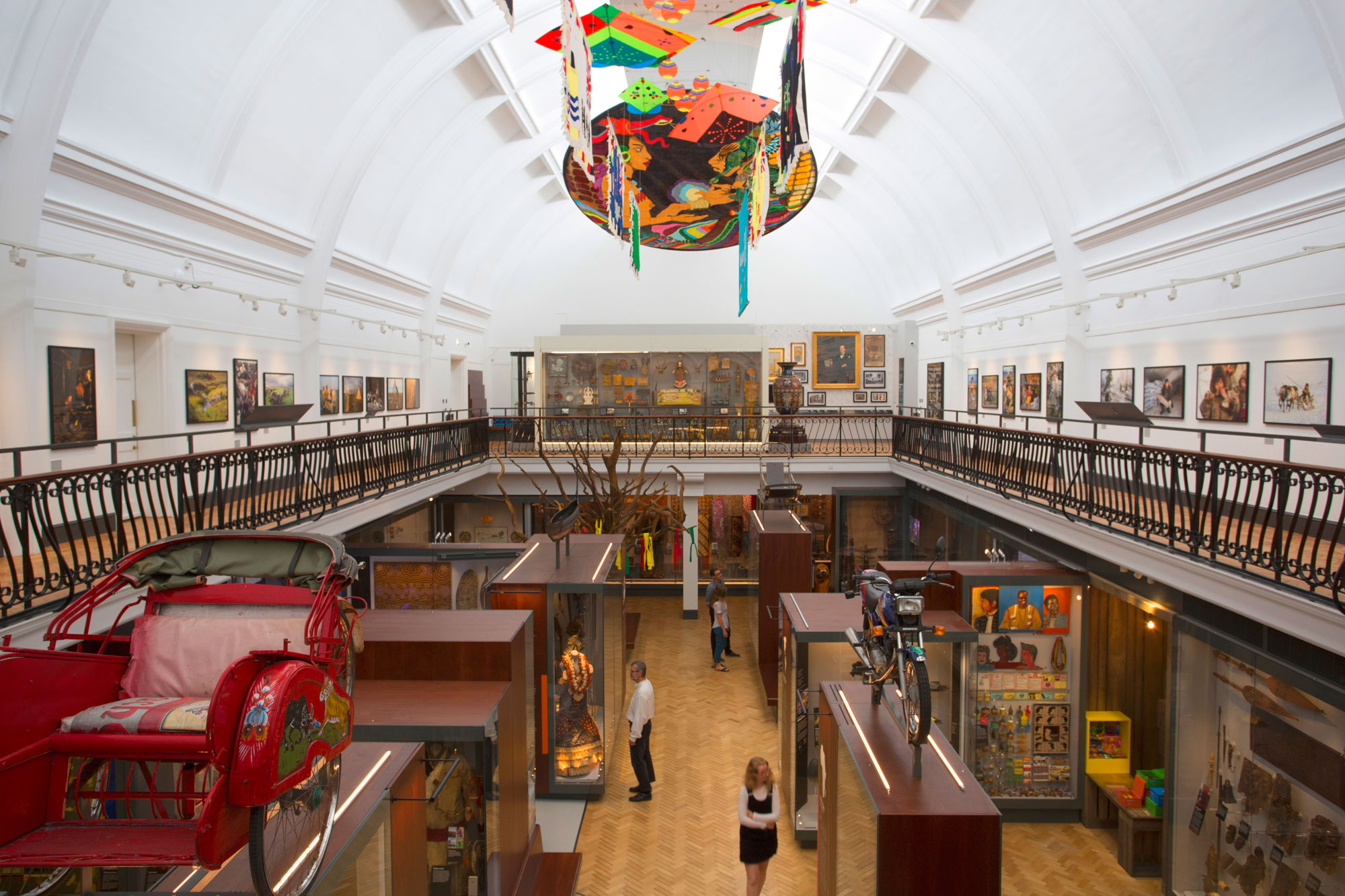 Anthropology
Rachael Minott, Anthropology Curator (Social Practice), writes about migration and how the movement of people is represented in the World Gallery.

Our world is the way it is today because of the movement of people.

On 10 December 2018, the first international pact on the movement of people was signed by 164 members of the UN to try to encourage safe and legal border crossing, and find an alternative to children’s detention centres for illegal immigrants.

The history of migration is as old as time. Land occupied today is occupied because people moved there, nations emerged, grew and developed. Most major faiths have a grounding in the survival of the mass movement of people, and many families will have stories of migration that brought us, or our ancestors, together.

Whether through forced migration or by choice, migrants and international migration, have changed the world.

The World Gallery at the Horniman is a celebration of the variety and beauty of world cultures. While it celebrates cultural difference, it also aims to understand the common threads of humanity that are shared globally.

The exhibition text panels state that travel, trade and interest in other cultures have always influenced European cultures. And yet, while this interest celebrates the diversity of Europe today, the violence of that exchange is also acknowledged.

Geographic regions are introduced with an acknowledgement of the impact of European colonialism. The Gallery holds memorials created for the bicentenary of the abolition of the transatlantic slave trade, in 2007.

This migration – not of choice nor hope, is not to be celebrated, but remembered. The survival of this migration, a testament to strength and resilience.

The World Gallery also explores non-European exploration, through the voyaging history of the Oceania region. Advocates for the term Oceania Pacific Islands, like Epeli Hau’ofa, describe the region as a sea of islands, in which the water is as much the territory as the land. This highlights that the sea both connects and separates approximately 40 million people.

Living with the sea as a territory, movement between islands was as natural as travelling along a road, and so migration, voyaging and exploration were a natural part of the regions culture.

[Fun fact: did you know that Madagascar was only settled about 1000 years ago? Many of the Malagasy are of Polynesian descent, sharing linguistic and cultural characteristics of southern Borneo, 7,000km away. This led many to assume that it was first settled by oceanic voyagers despite being a part of the African continent].

In the section of the Gallery dedicated to Asia, you will see a celebration of Nomadic peoples in Tibet, who today embrace the same nomadic lifestyle practiced for thousands of years in that region.

Exploring the constant migration and movement of peoples, this display showcases the importance of smart phones as a part of nomadic existence, showing them alongside essential material culture that dates back over 400 years.

There is much that can be said about physical movement, but a retention of culture that will ring true to many migrants who live in a diaspora – when a group of people spread from one country to other countries – connect to their home through people and practices, like food, dance, faith etc.

And while migration has had undoubtedly positive effects, there is a lot of trauma associated with its process. It can be a difficult decision, disrupting connections to place, space and families. But there is hope in migration, hope that you move to something new and worthwhile, that will make your life better.

The World Gallery also talks of forced migration. You can see in the European area, a piece of Boat 195 which set off from Libya in 2013 carrying 253 people. Those on board Boat 195 were rescued near the coat of Sicily on 17 August 2013.

Its presence in the Gallery reminds us that forced migration is a perennial issue, with lives risked daily with the hope that the journey will be worthwhile; will eventually bring a safety not possible in the lands left behind.

Windrush day is an officially recognised day to celebrate the achievements of that generation. We spoke with Caribbean elders and heard their experiences.
Display
Free

Book your tickets for Museum entry, Monkey Business, the Aquarium and Butterfly House.