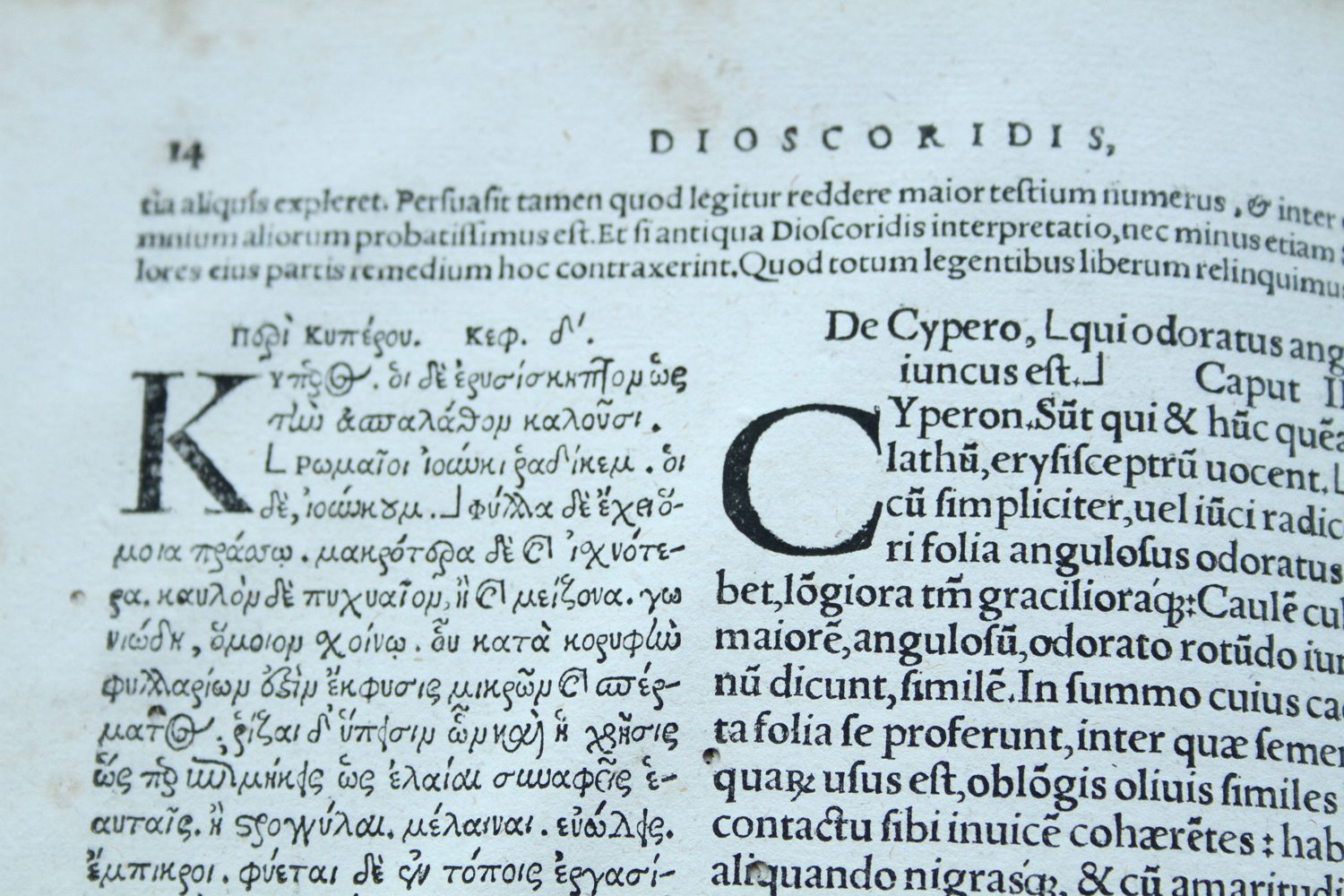 About the art Library
Continuing our deep dive into our books, so far we've shared some fairly old volumes from our Library collections. However, not many come close to the age of this book.

De Materia Medica is a hugely influential early medical text, first written almost 2000 years ago, around 40-90AD. Our volume isn’t quite that age, but is an edition of the last book (there five in total) printed in 1529.

The text is printed in its original Greek, accompanied by a Latin translation and a newer Latin ‘interpretation’, probably added in the 1500s.

Our copy was rebound in the 1800s, and is accompanied by an additional 1830 commentary on all 5 books in De Materia Medica.

There is lots of bookworm damage clearly visible both to the binding and throughout the pages, although the beetle larvae which caused this have long-since died.

Still, this elderly book is in better condition than many Victorian volumes which, while younger, were produced in greater numbers and at lower cost.

De Materia Medica remained in print for 1500 years, becoming the supreme authority for European medicine for centuries. It’s author, a Roman physician of Greek origin called Pedanius Dioscorides, became known as the ‘father of pharmacology’ for his extensive advice concerning the creations and applications of medicines.

Today, digitised copies of De Materia Medica can be accessed online. It remains a prime source of information about medicines used by the Greeks, Romans, and other ancient cultures. 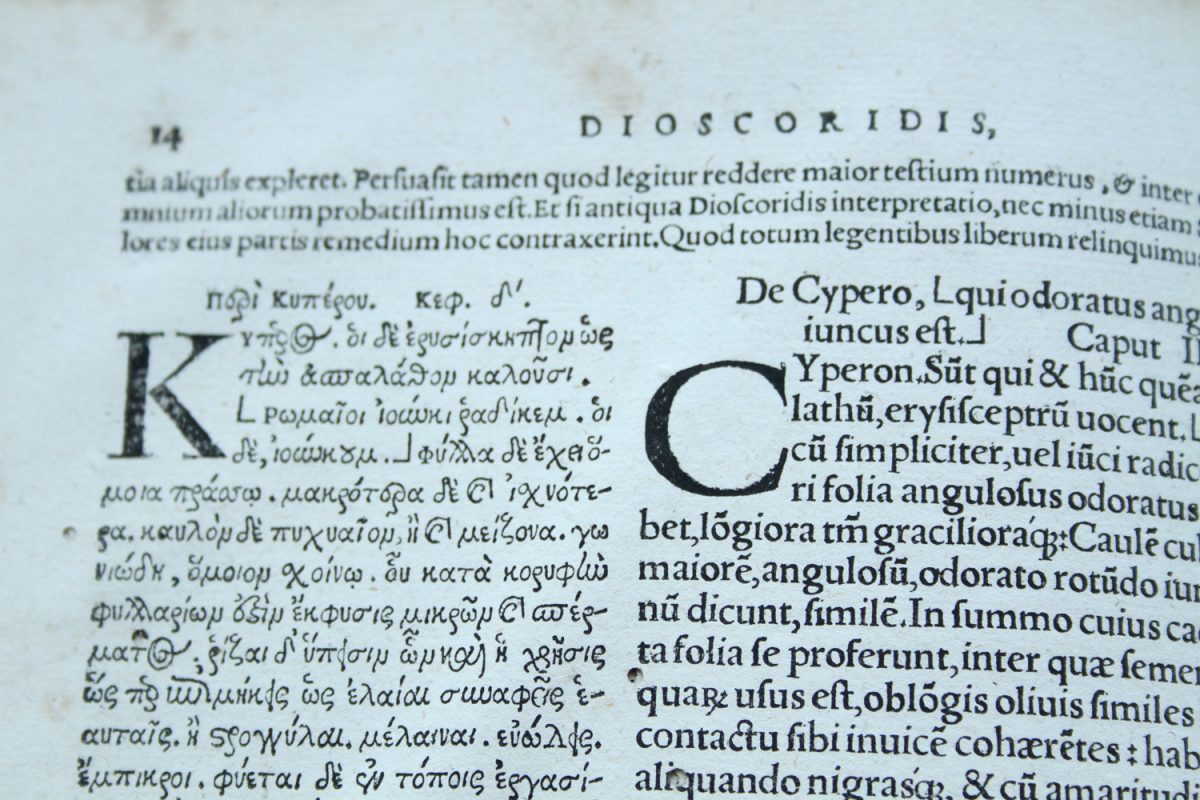 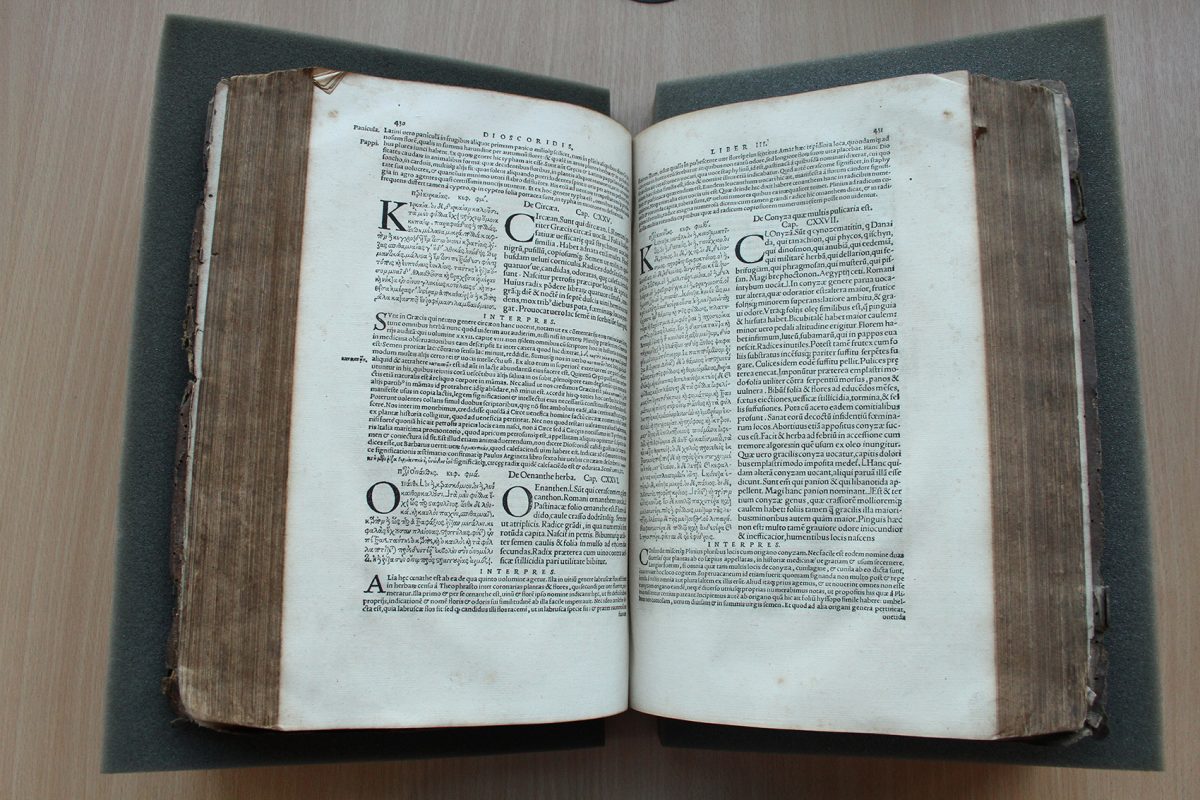 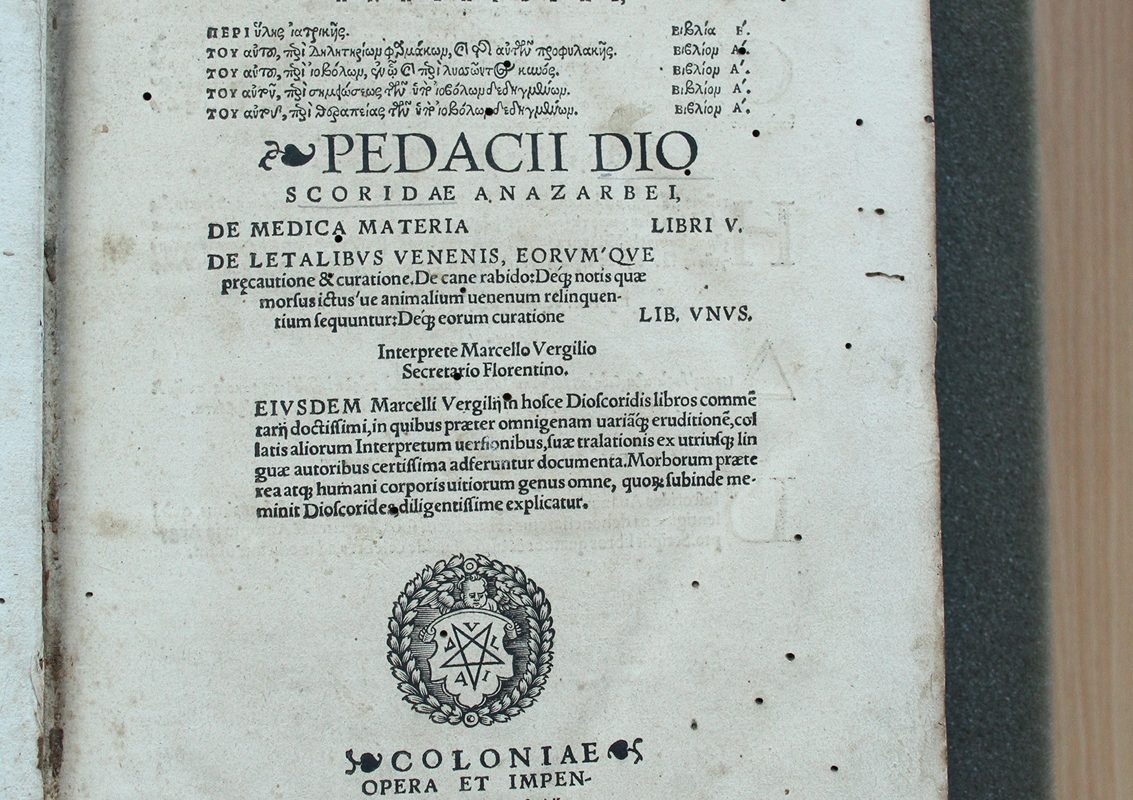 It's been a while since we last looked through our collection of books, so we're returning with a look at some of the most stunning works from our historic Library collection.

When our librarian Helen came across this title in her Bookblitz project, it was obvious it was one of the more intriguing titles in our historic collection.

While reviewing our historic book collections, our librarian Helen came across many volumes that were owned by the founder of the Museum, Frederick Horniman. One of the most beautiful sets is a collection of Japanese Fairy Tales.

During the Bookblitz of our historic volumes, our librarian Helen came across a book that seemed at first as if it might contain a typo or two.

Man, his Structure and Physiology

The next find from our the historic library collections may not be to everybody's taste, but to those with an interest in scientific illustration this book is something quite special.
About the Horniman