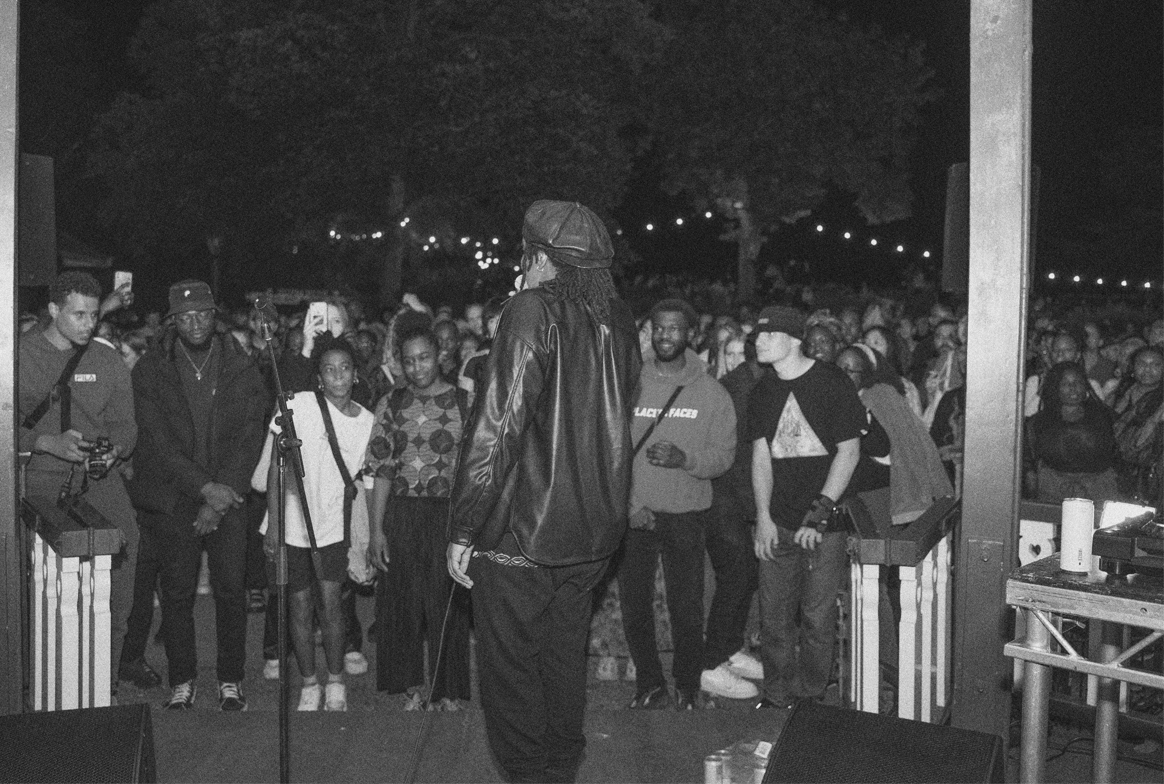 696 Music
Summer 2021 saw the Horniman play host to a programme of live music events, a day festival, and a resident artist programme, for 696. But what was form 696?

Form 696 was a risk assessment that the Metropolitan Police introduced in London in 2005 in 21 London boroughs.

It was for promoters and organisers of music events that featured DJs or MCs. It drew criticism for its racist tone.

Questions on the form included asking for the stage and real names, addresses and phone numbers of all performers, as well as questions about the ethnicity of the audience. Questions concerning the music styles being performed had ‘bashment, R&B, Garage’ given as possible answers.

The form was designed so that the Met police could monitor safety, and make recommendations for higher risk events. However, as journalist Dan Hancox puts it in this Guardian article from 2009, ‘the problem is that the Met are lone arbiters of what kind of music is high risk.’

There were many objections to the form from musicians, promoters, bands and the Equality and Human Rights commission.

In 2008 former Undertones singer and head of the organisation UK Music Feargal Sharkey, gave evidence to the Department for Culture Media and Sport on the discriminatory nature of the form, particularly in its targeting of music styles favoured by Black and Asian teenagers.

In 2009 the form was changed again, so that questions regarding the telephone numbers of acts, the music styles being performed and the ethnicities of the audience were removed.

However the form itself remained in place, as did the intrinsic problems with it.

In 2017 the form was completely scrapped by London Mayor Sadiq Khan.

At the same time it was found that similar forms were being used in other police forces around the country, including in Leicestershire, West Yorkshire and Hertfordshire.

In place of form 696 the Met police introduced a ‘voluntary partnership approach’ for venues and promoters, hoping that venues willingly sharing information would allow them to keep people safe.

696 Resident Artists and the Handling Collection

As part of their residency at the Horniman, the 696 Resident Artists are able to borrow instruments from our collection to experiment with, play, or record with. So what have they been borrowing so far?

Music Curator Adem Holness talks to us about 696.

696 is a project platforming the best new Afrobeat, Jazz, Grime, Rap, R&B, Reggae and Soul music. The project focuses on championing music genres (and the people working in them) that have been disproportionately affected by bias in legislation.
Find out more
About the Horniman