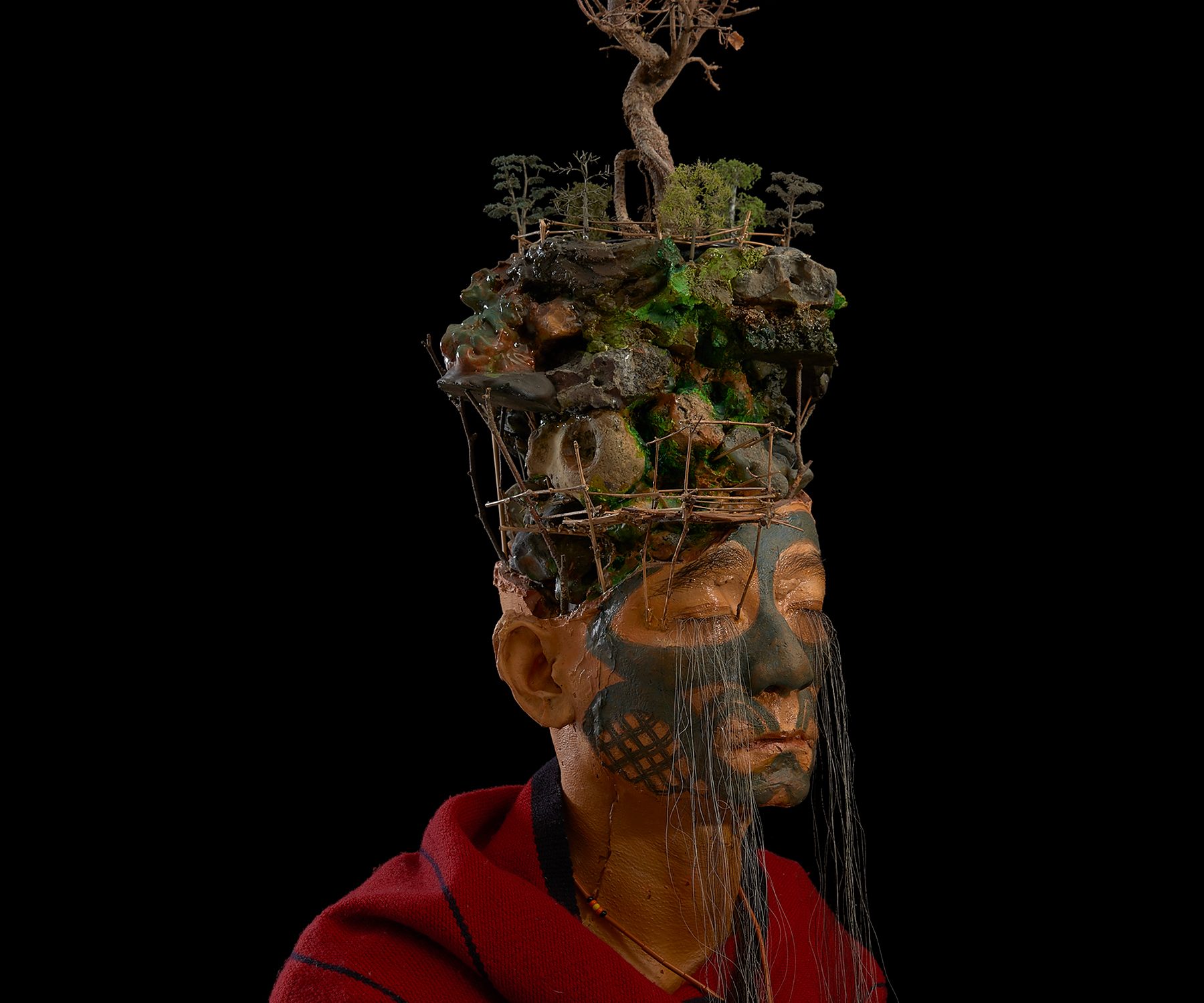 About the art Anthropology Art
Temsuyanger Longkumer speaks to us about "Tattooed Memory", his incredible artwork that features in our new World Gallery in the Nagaland Encounter. 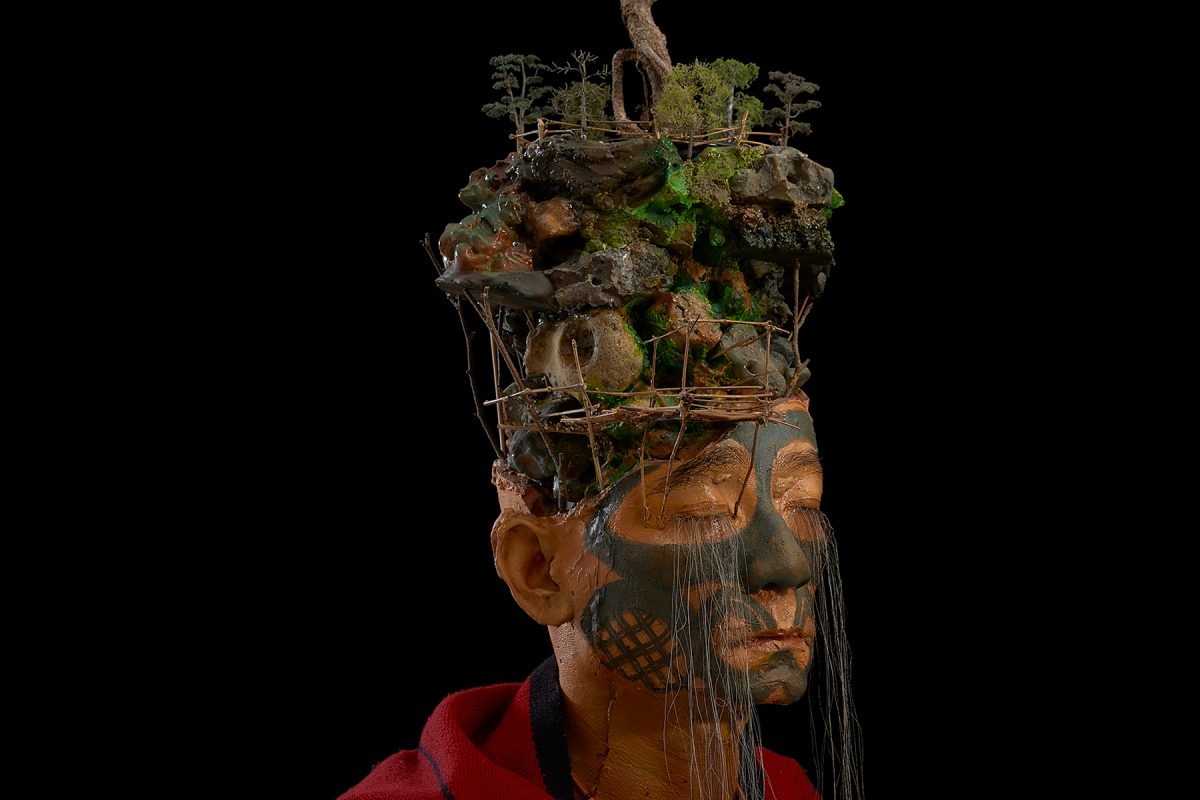 Can you talk us through what ‘Tattooed Memory’ means to you?

Tattooed Memory is a memoir of growing up in a tribal community with a dual ethnicity.

My parents were from the Ao tribe in Nagaland. The Ao’s were among the first tribes in Nagaland to receive western education, which came along with Christianity.

After embracing Christianity my parents went on a missionary journey to the Konyak region, one of the most remote areas in Nagaland where they eventually settled and raised their family. My siblings and I were born and raised in the Konyak way of life, but we were also taught the ancestral customs of the Ao tribe through songs and stories.

The sculpture is a body cast I’ve made of myself. It displays a Konyak tribe’s facial tattoo and an Ao tribe’s Tsungkotepsü shawl. The tattoo and the shawl are both highly respected symbols of their respective tribes and something only great warriors and highly accomplished citizens are entitled to wear. When I was young I greatly admired the visuals and what they stood for and dreamt of one day achieving the same.

The sculpture also includes the landscapes I would explore as a child and a watchtower from where I would watch the world go by as part of the head. A memory-laden river takes the form of eyelashes which I have made from my own hair. They work their own down to meet the roots where it all began.

What do you find important to your creative process?

I find interactions of all kinds central to my creative process. Even the smallest conversation on a seemingly random issue can sometimes spark brilliant ideas.

What mediums do you enjoy working in at the moment?

Currently, I’m enjoying working on a series which uses a multitude of mediums – painting, printmaking, and Claymation.

This group of works involves over-arching ideas relating to the human body as a microcosm of events in the universe. I am exploring the relationship between the microscopic world – the politics and diplomacy between neighbouring cells, the battles waged, fought, spread, repelled – to that of the external world outside of the skin.

What are the difficulties or challenges you encounter when creating artwork like this?

Apart from the technical difficulty of composing the varied materials into a coherent body, the main challenge in creating ‘Tattooed memory’ has been in finding a balance between an artistic interpretation and the darker side of the subject sometimes involved.

The practice of headhunting contributed largely to the exclusive rights to own the facial tattoo and the tsungkotepsü shawl, not to mention the influence it had on the vast array of artistic expressions in the forms of dance, songs, sculptures and architectural designs.

The new World Gallery has as a strapline, ‘what it means to be human’. What does being human mean to you?

Being human, to me, is to live and partake in life with empathy, to the best of one’s ability, and the fact that we ask ourselves “what it means to be human” is what makes us human.

What is one thing you believe we all share as humans?

About the Art: Shauna Richardson

Artist Shauna Richardson tells us about Crochetdermy® - a technique that she developed to create life sized crochet taxidermy animals.

The London-based artist will be working with the Horniman’s Natural History and Musical Instrument collections.