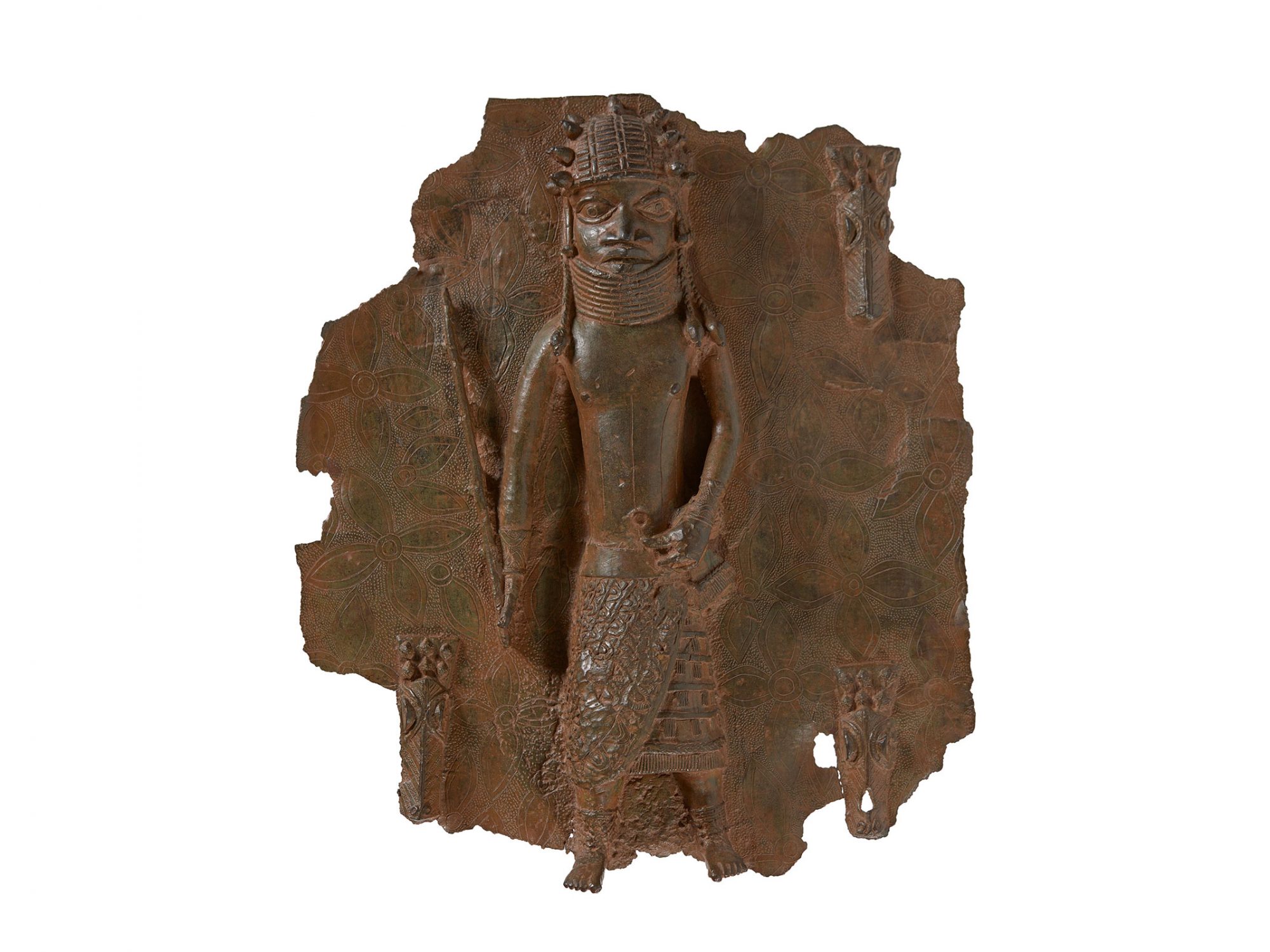 Anthropology News Press release
Six objects looted from Benin City are set to return to Nigeria from the Horniman Museum and Gardens in south London.

The objects – including two ‘Benin Bronze’ plaques from the royal palace – will be handed to Nigerian officials this evening (Monday, 28 November 2022) at a ceremony marking the transfer of ownership of 72 items taken by force from Benin City in 1897. The Horniman’s Trustees agreed in July to transfer ownership, as the ‘moral and appropriate’ response to a request from Nigeria’s National Commission for Museums and Monuments (NCMM).

The six objects are: Ivory bracelet carved with heads and abstract shape designs. Some of the carvings have metal set into them.
See full collection record

Richard Quick, the Horniman’s first curator, purchased the plaques and hip ornament on 4 October 1899 as part of a collection of high status Benin City objects including a key from the ‘Kings House’. The seller, James Tingley, was a resident of Forest Hill, close to the Horniman; how he acquired the objects is unclear. The six objects – selected in consultation with the NCMM as being representative of the collection of 72 items – form the first wave of physical repatriation of Benin objects from the Horniman. A new agreement between the NCMM and the Horniman will allow the remainder to stay in the UK on loan for now, with a second phase of physical repatriations to follow in due course.

Four of the six items returning in November were previously on display in the Horniman’s World Gallery. Their former places in the display case are now marked by their empty mounts alongside labels explaining they are to return to Nigeria.

The decision of the Horniman trustees to return the objects looted from Benin City in 1897 culminates today in the signing over of ownership to Nigeria. However, it does not represent the end of the process. We hope that actually it marks the beginning of a long-term and mutually beneficial relationship between the Horniman and colleagues in Nigeria.
Michael Salter-Church, Chair of the Trustees of the Horniman Museum and Gardens

The National Commission for Museums and Monuments is delighted with this signing of the transfer agreement to Nigeria and looks forward to mutual collaborations with the Horniman Museum and Gardens, including loans of objects, circulation, touring exhibitions, research, etc. I call on other museums to emulate from the Horniman’s example.
Prof. Abba Tijani, Director-General of Nigeria’s National Commission for Museums and Monuments (NCMM) 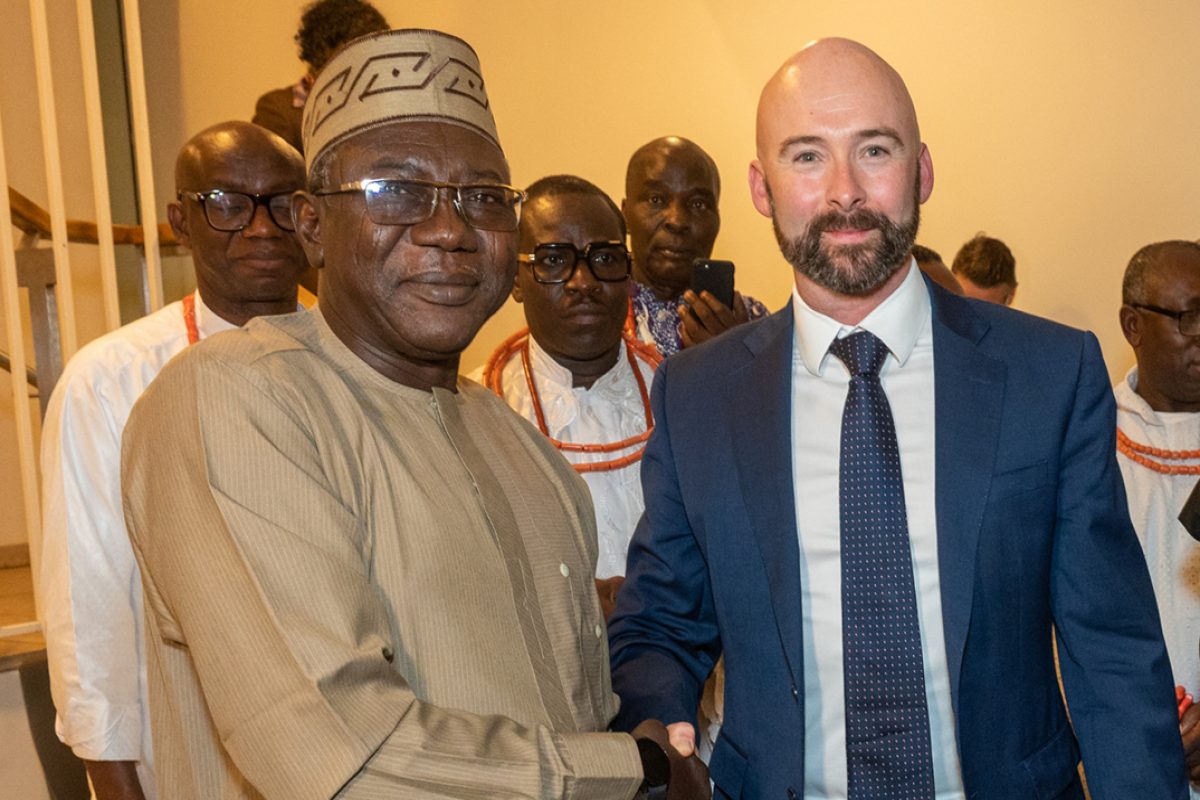 Prof. Abba Tijani, Director-General of Nigeria’s National Commission for Museums and Monuments (NCMM) with Michael Salter-Church, Chair of the Trustees of the Horniman Museum and Gardens 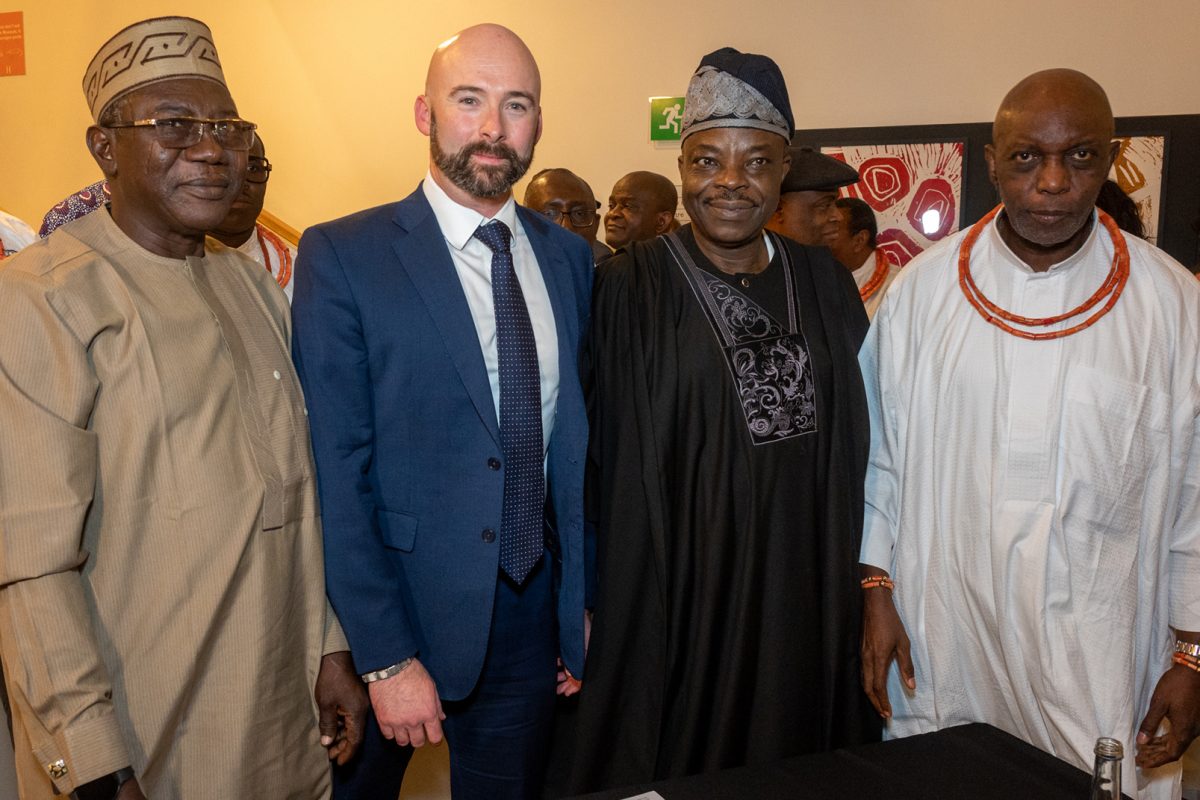 (L-R) Prof. Abba Tijani, Director-General of Nigeria’s National Commission for Museums and Monuments (NCMM); Michael Salter-Church, Chair of the Trustees of the Horniman Museum and Gardens; His Excellency Sarafa Tunji Isola, High Commissioner of Nigeria in London; His Highness Prince Aghatise Erediauwa, representative of the Oba of Benin

Horniman to return ownership of Benin bronzes to Nigeria

The Horniman Museum and Gardens has agreed to return ownership of its Benin bronzes – looted in 1897 – to Nigeria.