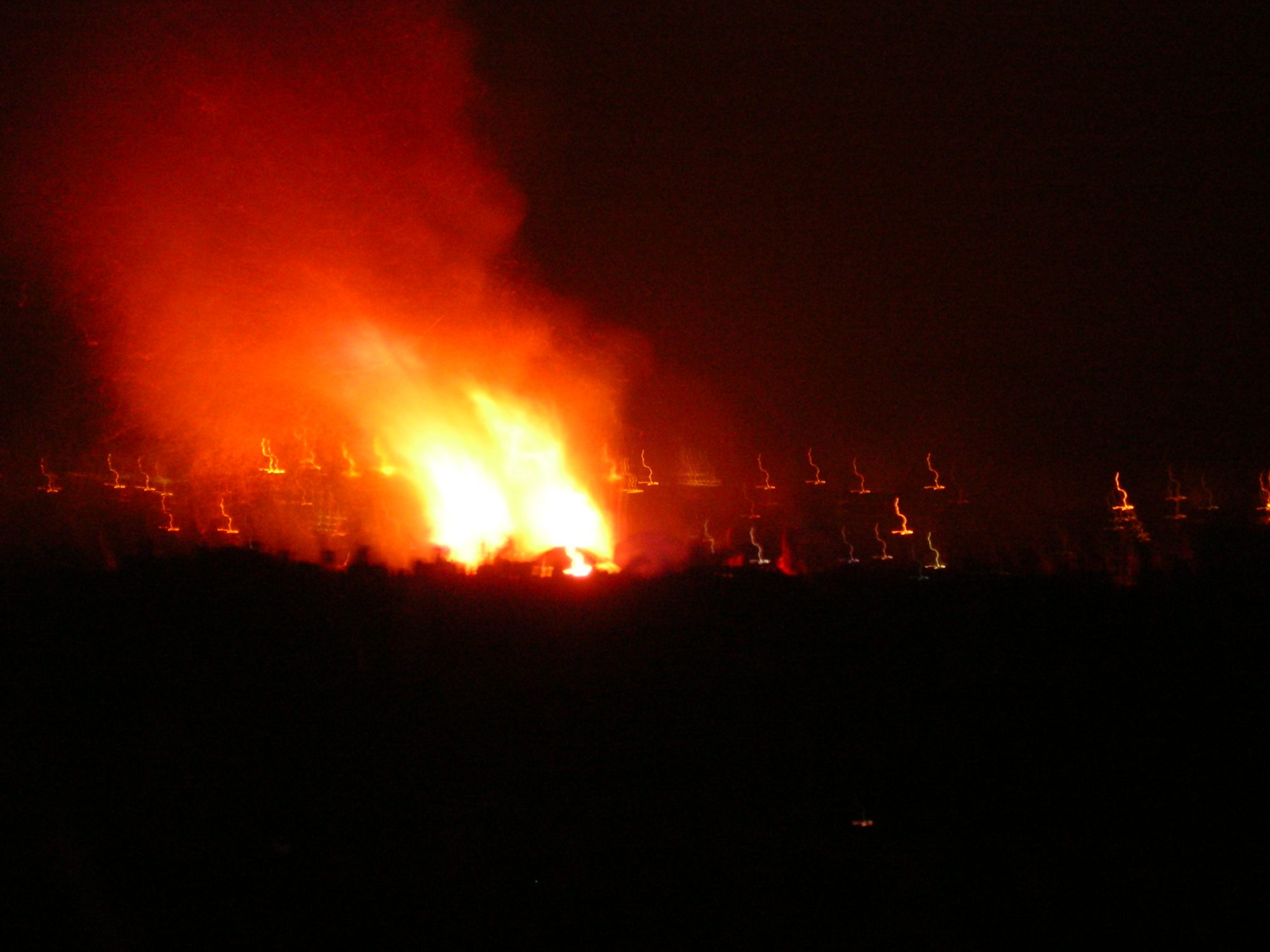 Anthropology
We may think of black cats, candy and ghoulish costumes when it comes to Halloween, but where did these festivities originate? We take a look at the Celtic traditions rooted in days surrounding Samhain.

For many, Halloween is packed with activities such trick or treating, jack-o-lantern making or maybe a monster themed party.

These traditions derive from All Hallows’ Eve as well as the ancient Celtic festival, Samhain. During Samhain bonfires would be lit and costumes would be worn to ward of harmful spirits, and cattle would be slaughtered at the end of the harvest. Like the modern Halloween, Samhain began on the evening of 31 October. This was approximately halfway between the autumn and winter equinox, and as the year transitioned from light to dark, it was thought that the boundary between this and the ‘Otherworld’ opened allowing spirits to pass through. It was one of the four Gaelic seasonal festivals, and marked the end of harvest. The others are Imbolc, Beltane and Lughnasa.

The origins of Samhain predate written records. However, there are Neolithic tombs in Ireland that are aligned with the sun on the mornings of Samhain and Imbolc, suggesting these dates have been important for thousands of years.

The Otherworld contained spirits of the dead and fairies which wreak havoc on livestock and winter crops at this liminal time. Having offerings and feasts was thought to appease these otherworldly entities and would ensure their animals and crops could survive the winter. Not only did fairies step into the world but so did the spirits of the ancestors. During the Samhain meal, a place would be set for those seeking hospitality.

There are various stories of traditions and rituals that took place all over different Celtic regions:

Mumming, when amateur performers would dress up and visit house to house to perform, has been part of Samhain traditions in Ireland, Wales and Scotland for hundreds of years. In southern Ireland the horse figure Láir Bhán (or white mare) – similar to the Welsh Mari Lwyd – would visit different houses and farms, accompanied by young people. If the receiver met the group with generosity and offered them food than they would get good fortune from ‘Muck Olla’ and if not then they would get misfortune and the group of youths would threaten to pull pranks. 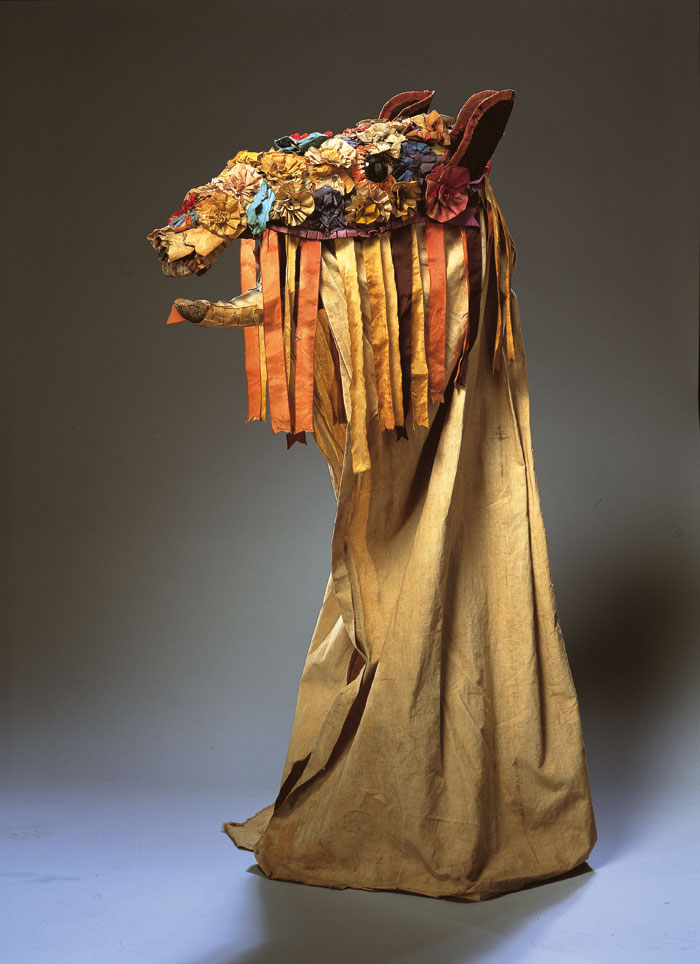 Somewhat similar to mumming, guising involved children and adults going from door to door, reciting songs and verses in exchange for food for the Samhain feast. This may have evolved from people impersonating the souls of the dead and spirit entities to receive offerings on their behalf or in the belief that in doing so, it would protect them from those souls and spirits. Today we would know this as trick-or-treat. Halloween mask made from wheat sacking with three holes for eyes and mouth, and black and brown painted facial features. Tuffs of wool have been sewn on to depict facial hair.
See full collection record

The origin of the familiar hollowed out, illuminated pumpkin (jack-o-lanterns) has its origin with turnips, mangelwurzels and potatoes. These carved out heads either represented spirits themselves, orcould be carried to scare aware those meaning harm at night. Leaving them on the windowsill or by the door could keep spirits out on this spooky night. 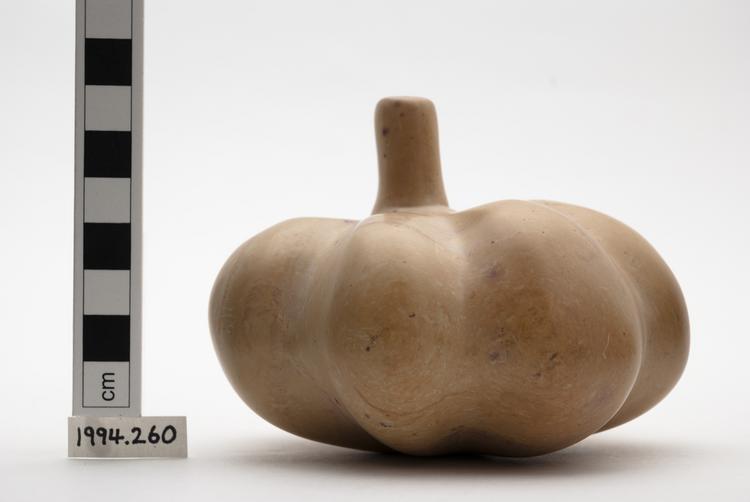 Bonfires were lit during Samhain, unsurprisingly at a festival which is about light and darkness. Bonfire Night falls on 5 November now, due to some naughty men in the 1600s, but fires at this time of year likely descend from the practice of Samhain bonfires.

There were divination rituals involved with fire too. Force-fire, a friction fire believed to be a type of folk magic was used. The magic was said to hold back the darkness by emulating the power of the sun and could act as a cure to diseases and bewitching.

There was also a cleansing aspect to fire. Walking between two bonfires or allowing the smoke to drift over you would purify people and their livestock. This likely had a practical origin, as the smoke would be good for reducing pests and fleas. 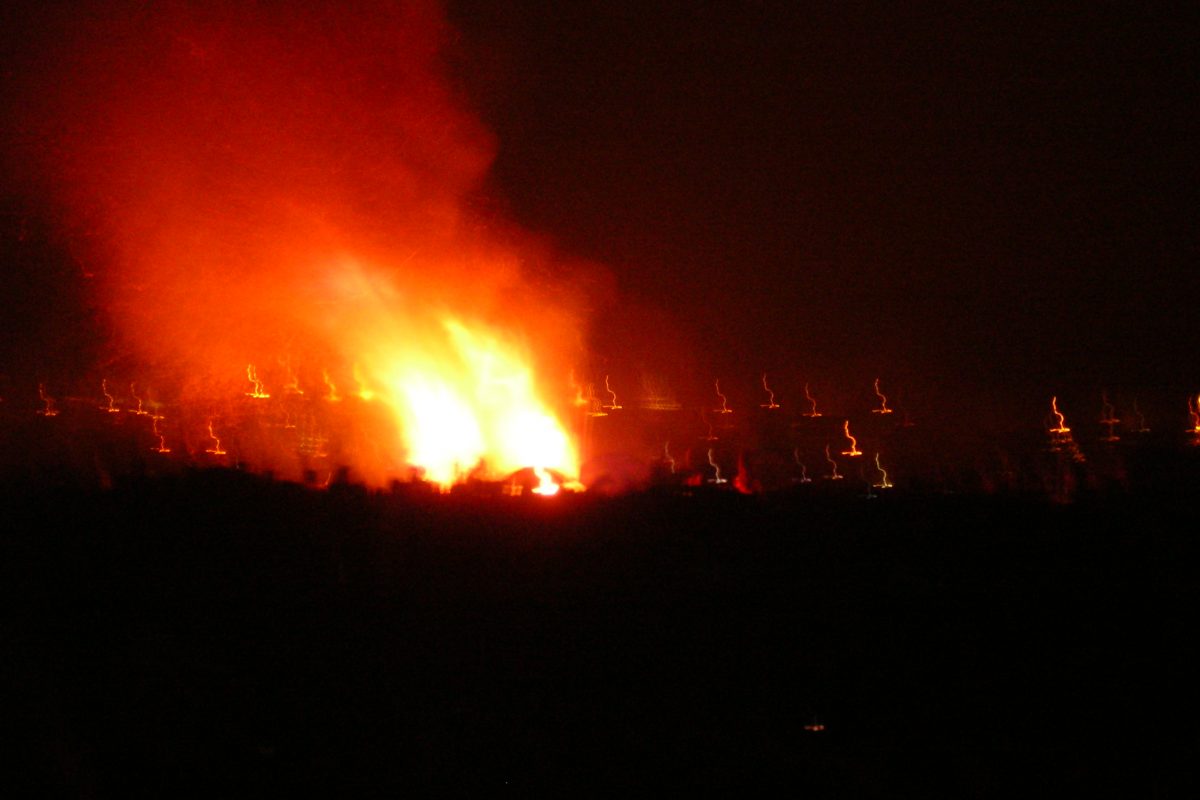 So how did all these traditions become our Halloween?

Samhain and the Christian festival All Hallows’ Eve have given us many of the traditions we associate with modern Halloween.

The origins of All Hallows’ Eve come from early Christianity, where feasts were often held the night before a holy day. These festivals have been cemented over the centuries, as All Hallows’ Day and All Souls’ Day, which honour the dead and pray for those in purgatory.

The giving of cakes became a custom in the Middles Ages to those going door to door in exchange for prayers for the soul. This is seen as another origin of trick or treating and Soul Cakes are still given in some parts of the world today.

As Christianity grew, the two holidays began to influence each other becoming what we know as Halloween today. Samhain still continues to be practiced by Wiccans and Neo-pagans today, who still consider Samhain to be a time to celebrate those who have passed on and continue some rituals to honour the dead.

Nature Trail regular Daniel Harwood has spotted something spooky looking at the bottom of our Gardens.