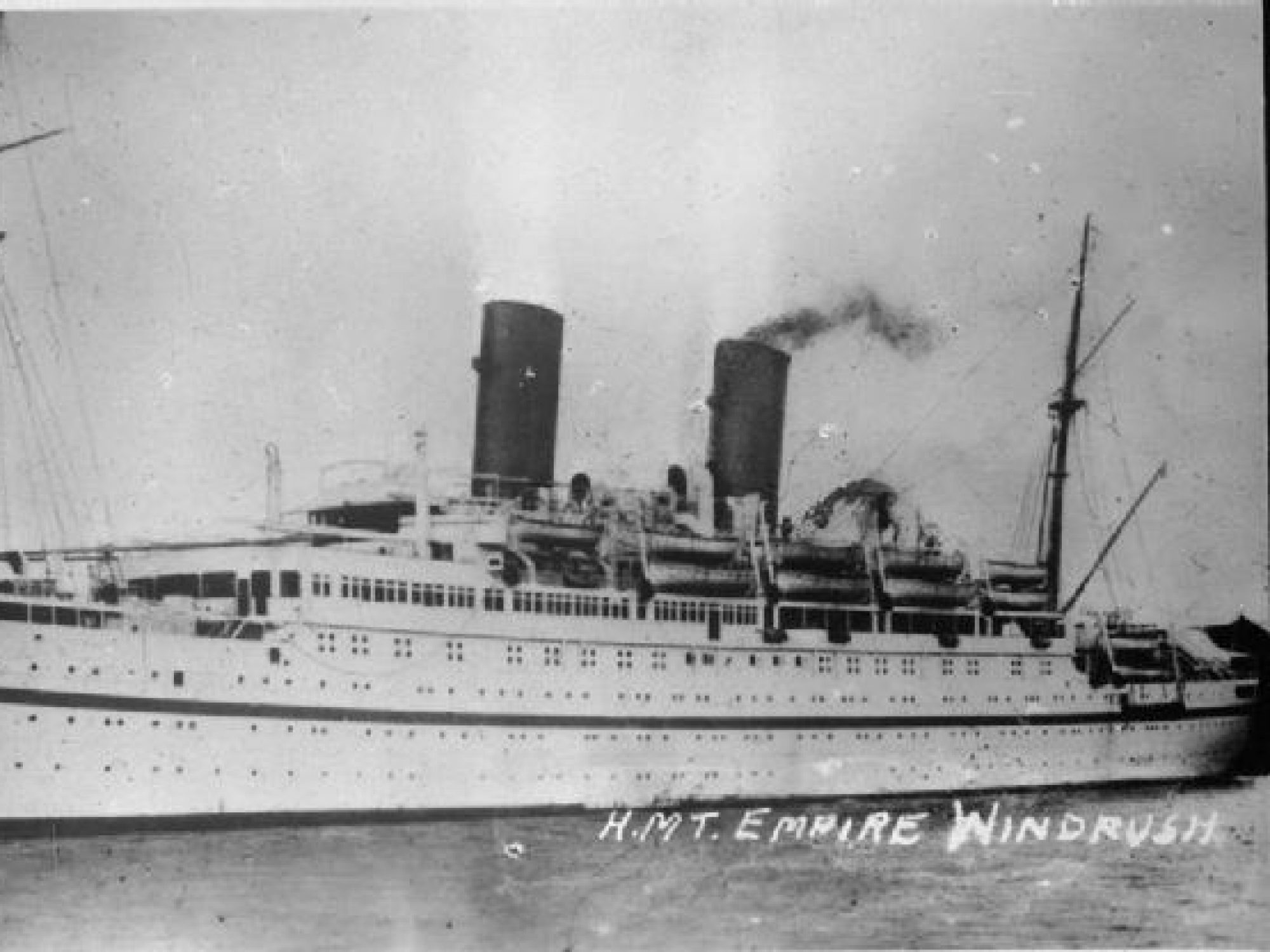 Anthropology Community Windrush
Windrush day is an officially recognised day to celebrate the achievements of that generation. We spoke with Caribbean elders and heard their experiences.

Rachael Minott, Horniman’s Curator of Anthropology (Social Practice), wanted to use the World Gallery at the Horniman as a tool to better appeal to the people of Forest Hill, as 24.5% of Forest Hill population is of Caribbean descent.

Rachael, with the help of Shasti Lowton, created a series of events where multiple generations could gather and share food, stories and advice. These events would allow a discussion of the Windrush generation’s impact within families.

Who are the Windrush generation?

On 22 June 1948, the HMT Empire Windrush, arrived at Tilbury Docks, Essex, having sailed from Kingston, Jamaica.

Among its passengers were 492 people from the Caribbean who arrived, as all colonials were, British subjects of the Empire, with the same rights of movement and settlement as all who lived in Britain.

This date is now regarded as the symbolic starting point of a wave of Caribbean migration, with those who migrated between 1948 and 1971 referred to as the Windrush generation.

As a part of the post-war relief effort, these people helped to build the NHS, staffed the transport systems and worked in the industrial heart of the UK.

Music, food, language, fashion and art have all been transformed by Caribbean cultural influence, and fundamental human rights were championed by this community, among others, as they fought for equality.

This generation of migrants were pioneers, changing a cultural landscape and facing challenges of ignorance and prejudice. Their legacy can be felt across the world, but it is within the intimate connections of communities, within families and between friends, that their legacy touches our hearts.

What is the Windrush scandal?

On 18 June 2018, the government announced that a National Windrush Day will take place on 22 June every year to celebrate the contribution of the Windrush generation and their descendants.

However, 2018 also saw what has become known as the ‘Windrush Scandal’ where it emerged that for years this generation has faced deportation, withdrawal of care, and evictions due to failures by the Home Office to keep records of their legal status.

How did this happen?

The Immigration Act of 1971 firmly established a distinction among British subjects concerning rights to enter and stay in the UK, but it preserved certain immigration rights of Commonwealth citizens who had already settled.

A decade later, the British Nationality Act 1981 established what is now known as British citizenship. However, at this moment many Commonwealth citizens ceased to be British subjects, but did not become British citizens.

Changes to Immigration law in 2012, required people to have documentation to work, rent a property or access benefits, including healthcare. The Immigration Acts of 2014 and 2016 imposed compulsory immigration checks for access to these services.

This led to a number of people from the Windrush generation being wrongful classified as illegal immigrants. They were unable to use the Home Office database to prove their right to remain, as the government had destroyed all the landing cards in their care in 2009.

What was the result?

Nationwide protests, speeches in parliament and a swell of public support saw a change in Home Secretary, an apology from Theresa May and a commitment to support and compensate those who have been affected.

Since then, the Home Office has admitted that of the 164 people who were known to be wrongly detained or removed from the country, at least 19 died before officials were able to contact them to apologise; another 27 have not been traced.

Windrush Day must not be separated from the Windrush scandal that highlights the mass injustices still faced by this generation of Caribbean migrants.

The influence of this group on Britain and British identity has been staggering and we owe them so much. 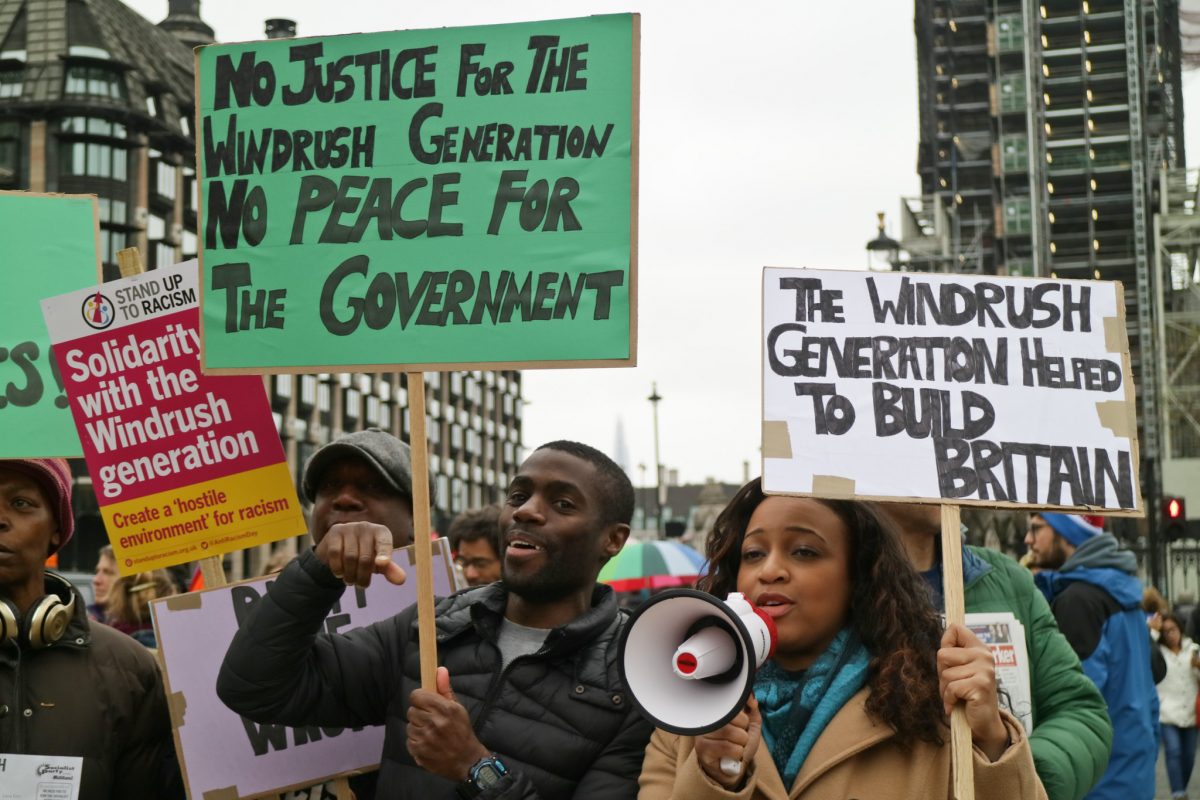 Protests of the Windrush scandal, Steve Eason via Flickr CC 2.0

The Windrush Generation: Teaching the Other Generations

The Windrush Generation: Memories of Family

The Windrush Generation: Experiences of Passing

Windrush day is an officially recognised day to celebrate the achievements of that generation. We spoke with Caribbean elders and heard their experiences.
About the Horniman