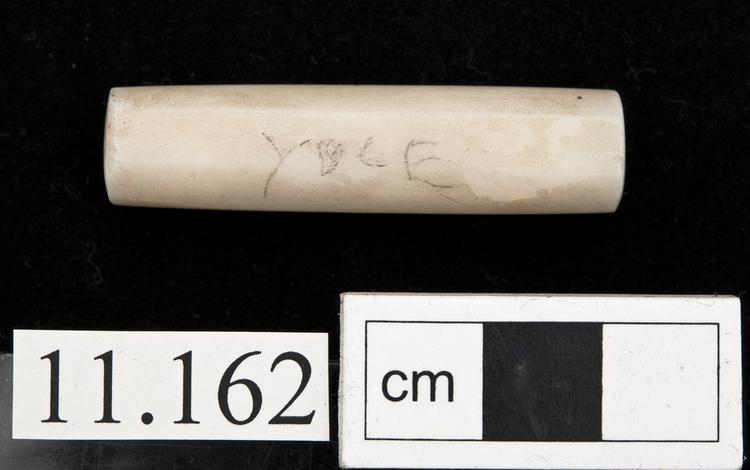 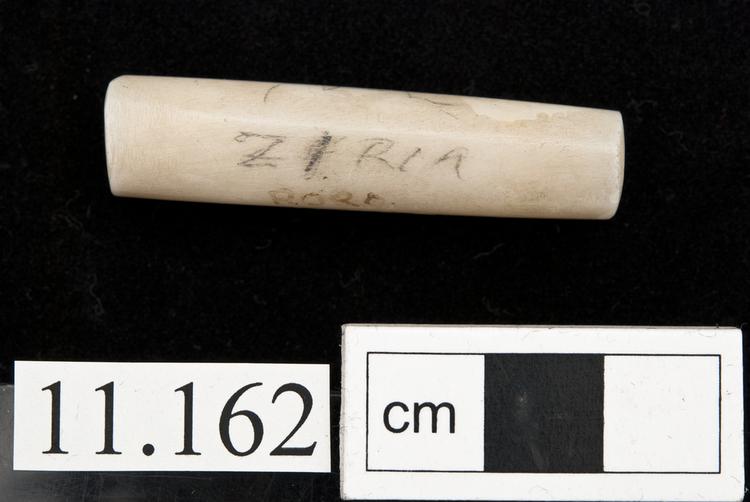 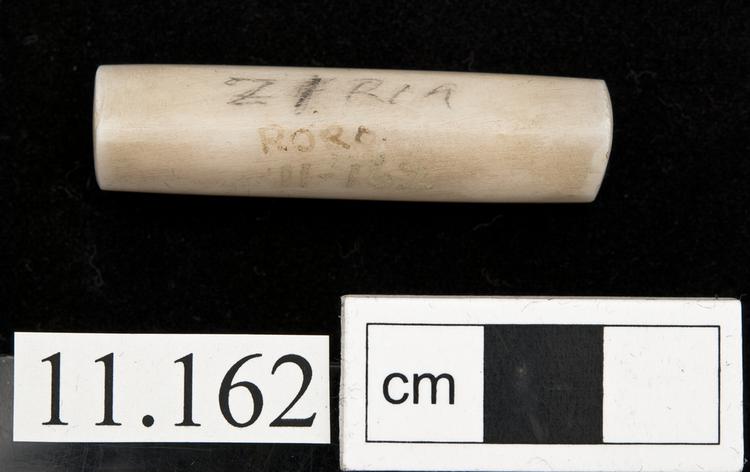 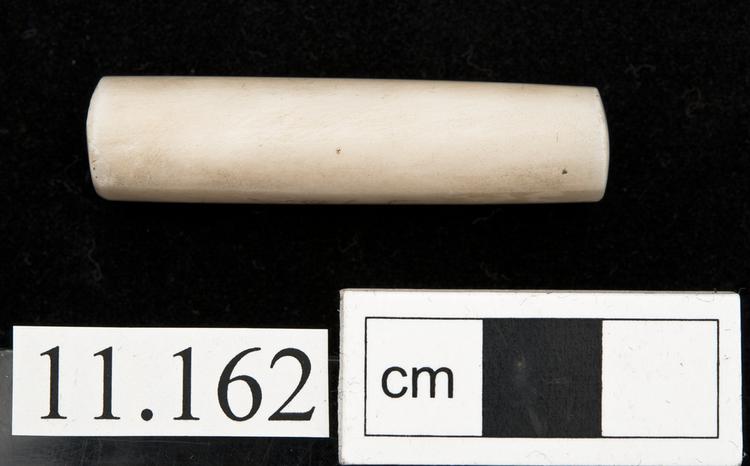 Almost 5cm in length, this nose plug in the form of a cylinder was worn for aesthetic purposes. It is made from shell and bears the following inscriptions on its sides: 'YOLE'; 'ZIRIA'; and 'RORO'. ‘Roro’ is likely to refer to a group of Austronesean speakers living on or close to the Western coast of Papua New Guinea, north of the current capital, Port Moresby. The nose plug arrived in the Horniman collections at the turn of the century along with other nose, ear and lip ornaments from the Congo, the Solomon Islands, British Colombia and others. All of these items came from William Ockelford Oldman.

Born in 1879, Oldman spent his life collecting and dealing in European arms and a large number of ethnographic objects from all over the world. He had a particularly large amount of Maori and Polynesian artefacts – despite never having visited the Pacific himself. He tended to collect artefacts that were considered a surplus to collections in small museums and held many auctions at the turn of the century. He was a member of the Royal Anthropological Institute in 1905 and a life member of the Polynesian Society, publishing various items from his Pacific collections in 1935 in their journal. In 1948, Oldman sold many of his collections to the government of New Zealand who distributed it to regional museums, and after he died in 1949, the remains of his collections were sold to The British Museum.