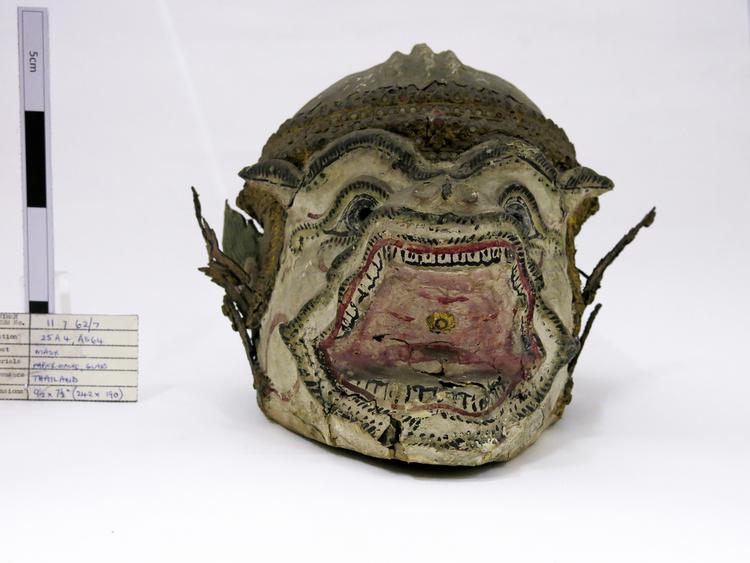 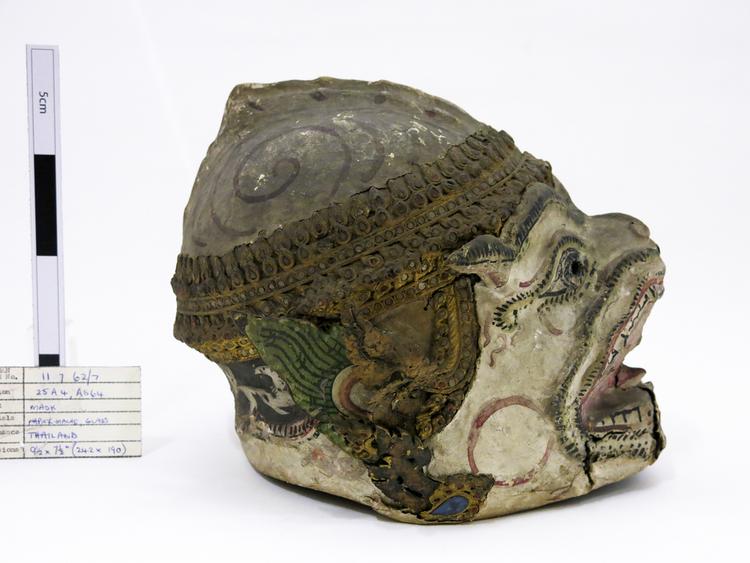 Mask of the monkey general Hanuman, Phra Ram's ally in the Ramakien, made of papier-mâché. It has a white face, with a wide open mouth completely surrounded by teeth, which have outlines painted in black. There are four small fangs in the upper jaw and two in the lower jaw. The inside of the mouth is painted pink, with a gold floral motif on the upper palate. The small, protruding tongue is also made of papier-mâché. Surrounding the mouth is a raised band painted with stripes, probably representing hair. The nostrils are indicated by raised papier-mâché, may have been pink originally but are now discoloured, as is the whole mask. The eyes are round with small round apertures, surrounded by black striped markings, extended at the extremities. There are some red painted lines around the edges of the eyes.

Above eyes, the eyebrows are raised arches, painted in black striping, which ends in protrusions that project to either side. There are pink painted circles on each cheek. Pink painted ears, possibly made of cardboard or leather, project from the surface of the mask and end in green flame-like shapes. A gilt lacquer band goes all around the top of the head, decorated with pieces of mirror glass. At either side of the face a strip of gold band comes down, ending in a flame shape that protrudes, and is apparently made of leather. Below is a similar flame-shaped leather piece. The top of the head is decorated with painted red swirls, and has three ridges along the middle. The back of the head is painted black with pink curvilinear shapes to each side, and a row of short stripes along the edge.