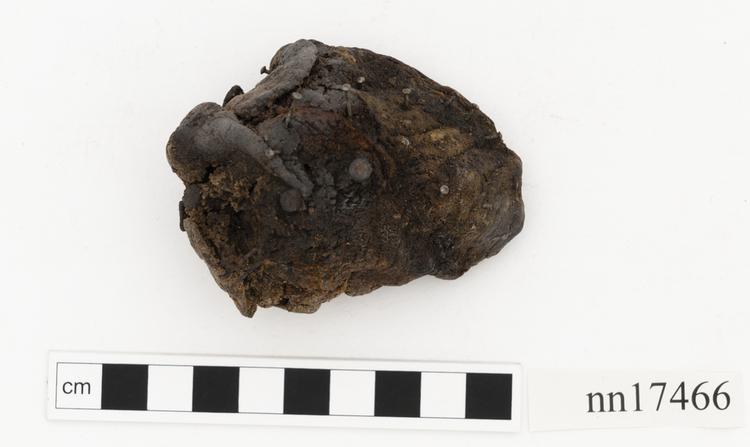 An early display label has the following to say about this sheep's heart charm:

‘SHEEP'S HEART, stuck with nails and pins in order to "take off a spell" put on sheep and cattle by a "wizard". 1912 Exmouth'

Several sources from locations across England attest a practice whereby someone who believes that they have been cursed sticks pins in an animal’s heart in order to lift the curse. Typically, the heart is then buried or roasted. The idea appears to have been that the heart of the witch or wizard who made the curse suffers the same fate as the animal’s heart. With the curse-maker dead, so too dies the curse.

On page 129 of Witches of the Atlantic World: An Historical Reader and Primary Source Book, Professor Elaine G. Breslaw relates the following spell, apparently cast by a Devonshire woman suffering from a curse in the late nineteenth century:

It was collected by Edward Lovett around the late nineteenth to early twentieth century.