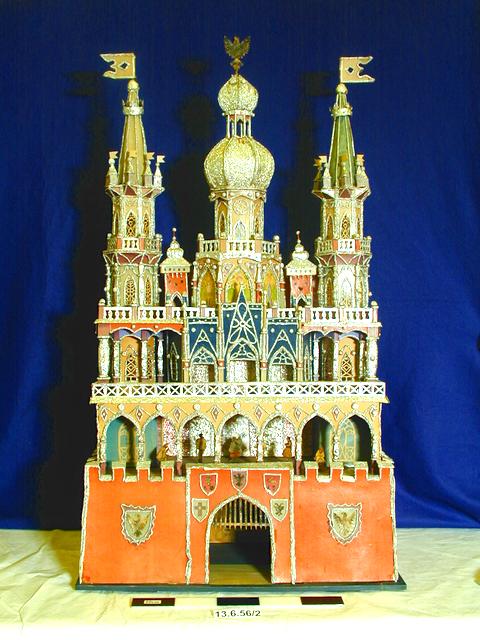 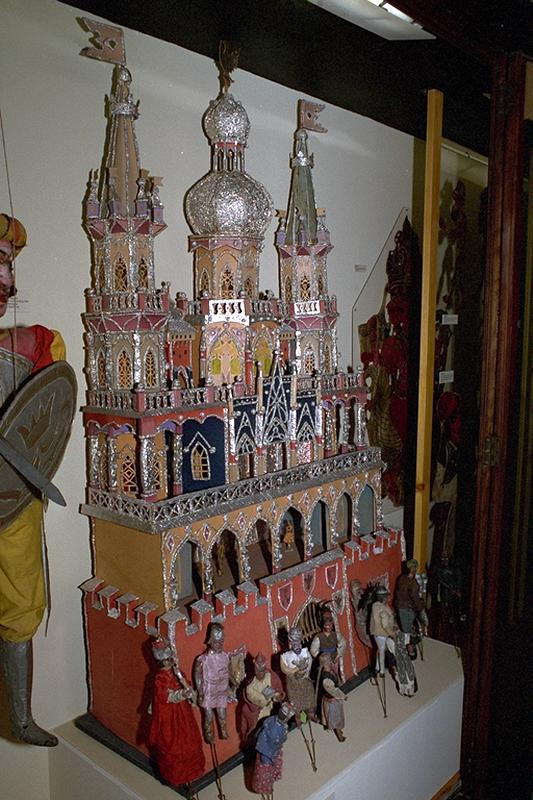 Model castle used as a puppet stage, szopka, in the shape of a five-tiered castle with three turrets based on the spires of St. Mary's Basilica in Krakow. The framework is made from wood, covered with coloured paper and embellished with silver-coloured foil. The central turret is topped by an eagle emblem, detached but present, while the outer turrets are topped with silver-coloured flags. There are open colonnaded sections in the lower three tiers, on the lowest of which are six small printed figures of mountain villagers and a hussar, as if visiting the Holy Family to pay their respects, although these are not represented. The coloured figures have been cut from card, and were commercially produced. Below this are crenelated battlements and a gateway, the latter based on the 'Coat of Arms Gate' of Wawel Castle in Krakow, with its portcullis and above, coats of arms representing the former lands of the Polish kingdom including Wielkopolska (Great Poland); Lublin province and Lvov (the Russian region).