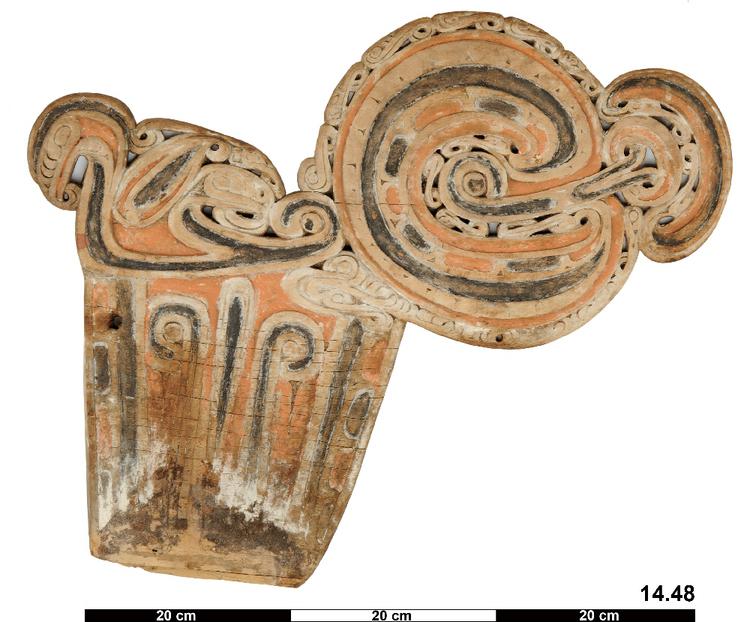 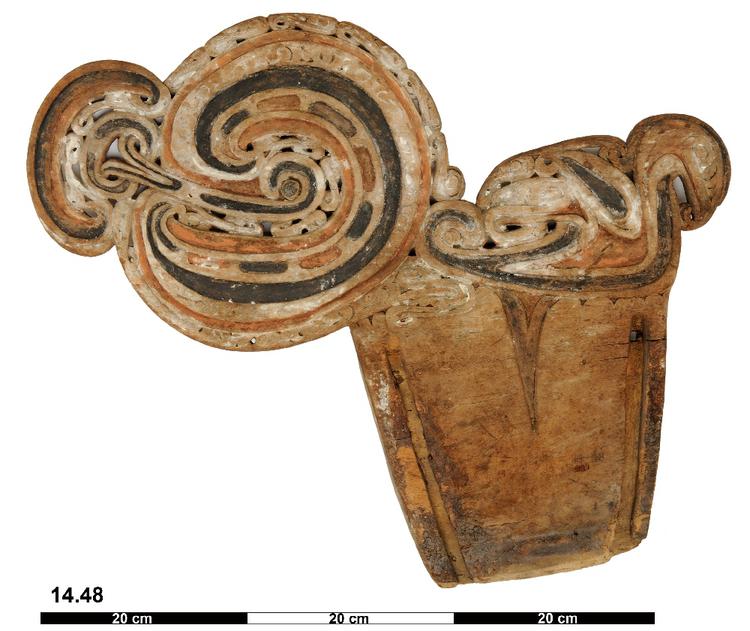 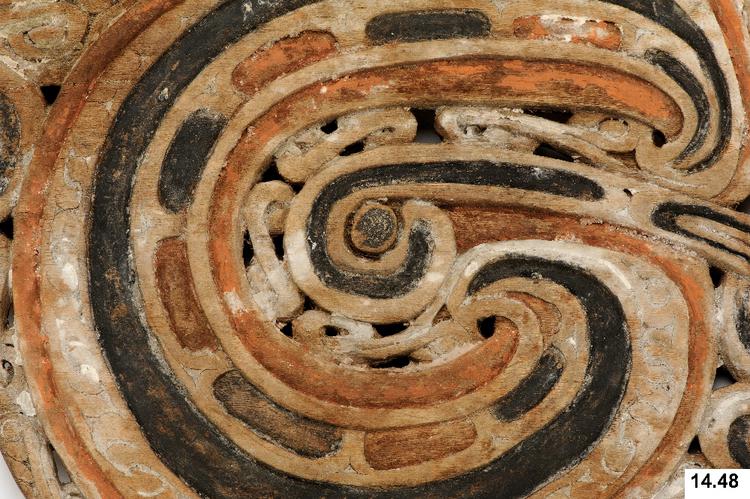 Canoe prow board from a kula trading canoe, incised with designs representing supernatural animals that magically encourage the trading partners to give up more valuable objects than they are acquiring.

Engraved Canoe Splashboard, Dogina Lagim, Trobriand Islands, Massim Province, Papua New Guinea. The Trobriands are famous in anthropology for the Kula Ring – a remarkable circular system of ceremonial exchanges between neighbouring islands that was first brought to the world’s attention by the Bronislaw Malinowski in his famous work Argonauts of the Western pacific. During Kula, masawa outrigger sailing canoes are piloted from one island to the next, and personally named, valuable shell armlets (mwari) are ceremonially exchanged for similarly named and valuable necklaces (vaiguwa). Men maintain and increase the prestige of themselves and their island by acquiring a more prestigious kula object in exchange for giving away a lesser one, and the whole business of Kula involves elaborate ritual practices and the making of magical artworks to bring this about. The carving and painting of splashboards (lagim) and prowboards (tabuya) for the masawa canoes is a central part of this magic, and the motifs combine a number of scroll elements and animal forms into a composition which is intended to dazzle with its brilliance and lead the exchange partners to make an exchange not to their own advantage. Wood, pigment. Late 19th century. Formerly in the private collection of Commodore James Elphinstone Erskine, the Scottish naval officer who proclaimed a British Protectorate over southeastern New Guinea in 1884; as he returned to Britain in 1885, it is likely that this object was acquired by him during that time. Purchased by the Horniman Museum alongside other Erskine items at Stevens Auction Rooms, 1914.