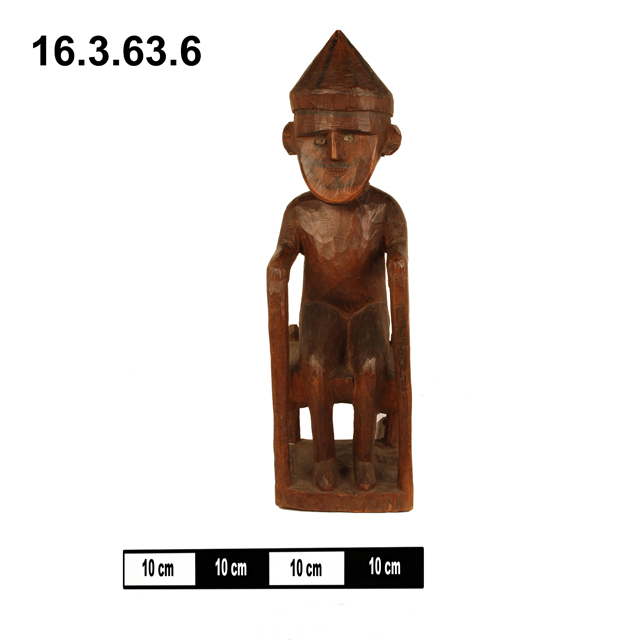 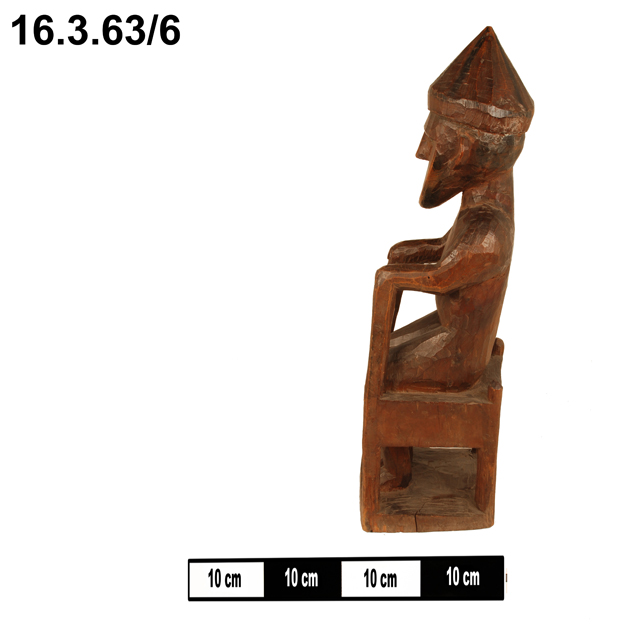 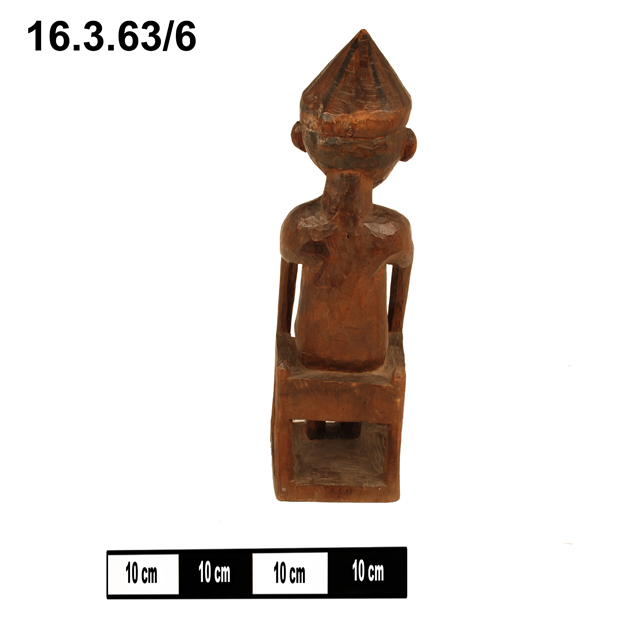 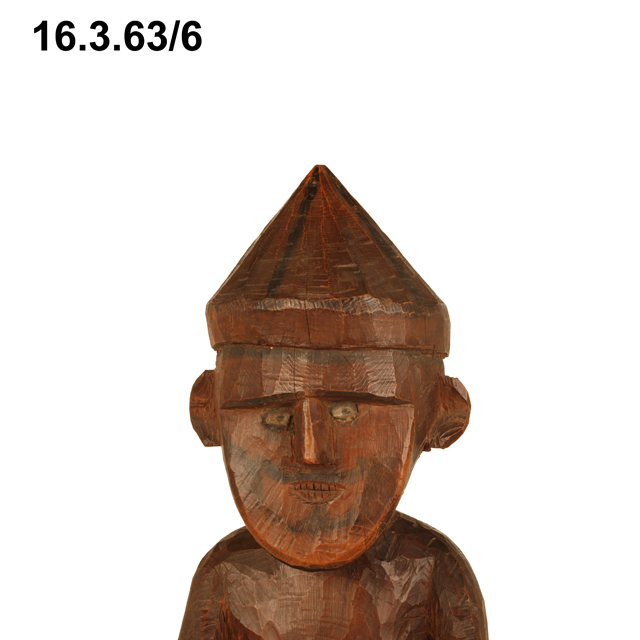 Replica of an ancestor figure, gandau, in the form of a carved wooden human figure seated on a stool. No clothing indicated other than a circular pointed hat.

Gandau Ancestor Figure, Kalasha people, North West Pakistan This figure was made in the first part of the twentieth century, probably for sale to tourists. It is a smaller than life size replica of a gandau or ancestor figure. The Kalasha people who made it believe that objects which we see as inanimate such as trees or stones can have souls like our own. Gandau serve a similar purpose to gravestones, they commemorate an individual’s life, but they also are understood to contain some of the essence of the deceased. So for the Kalasha gandau are more than just monuments, they are in some ways alive. This made it all the more painful when during the course of the twentieth century many gandau were destroyed by Islamist zealots or stolen by criminals to sell to antiquities dealers. Recent years have seen several proclamations by the Taliban who threaten to attack the Kalasha unless they abandon their beliefs and convert to Sunni Islam. Despite Taliban intimidation the Kalasha continue to practice their religion and a revival is underway in the carving and use of gandau. Today gandau are again to be seen in the Kalasha homeland, a clear statement that the Kalasha are determined to maintain their way of life far into the future. Wood, pigment, stone and ceramic. Early twentieth century. Purchased from the Berkeley galleries by the Horniman in 1963.