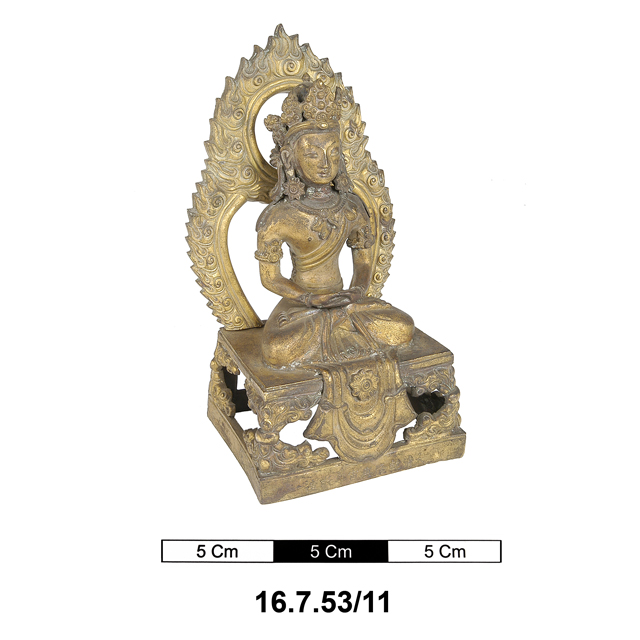 Gilt bronze figure of a seated Guanyin, Bodhisattva of compassion in the Sino-Tibetan style. The Bodhisattva is depicted seated in the gesture of meditation, dhyanamudra, with both legs folded, feet crossed and soles upwards, both hands folded on lap with palms facing upwards. The figure wears an elaborate crown and jewellery, a sash crossed over the naked torso with narrow waist, a skirt falling in pleats over a rectangular platform base with legs decorated with foliage scrolls. Behind the figure is a flaming mandorla. Inscription in Chinese characters dated to 1770 engraved at the front bottom of the base reads, 'Made in the gengyin year of the Kangxi period in the Great Qing dynasty'.