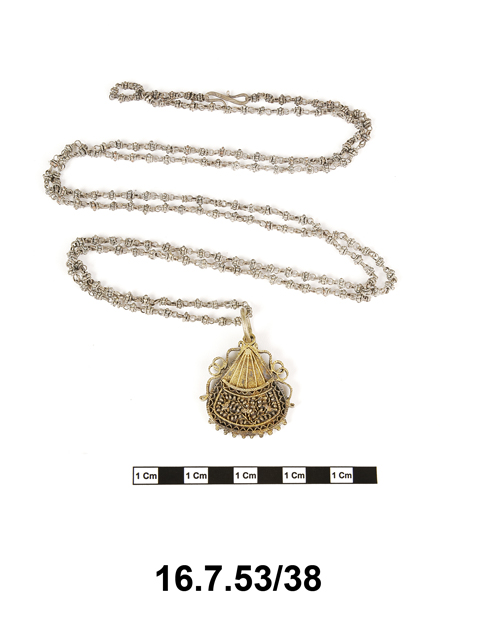 Necklace in the form of a chain of white metal with ornamental links and a sub-triangular or fan-shaped gilt pendant medallion with floral design.

The collector, Dr Hildburgh, was born in New York in 1876 and died in 1956. He graduated from Columbia University. He was a traveller, a collector of amulets, with interests in archaeology and medieval artefacts. According to an obituary in the journal 'Folklore', he recorded in his meticulous notebooks, dating from 1902, information gleaned from the dealers as well as literary references and his own opinions. He was a generous benefactor to the Victoria and Albert Museum and the Folklore Society, of which he was a council member from 1909 and president for a period after the Second World War. An incomplete collection of offprints of his articles was presented by him to the Folklore Society's library in 1950 and listed in the journal 'Folklore' of that year.