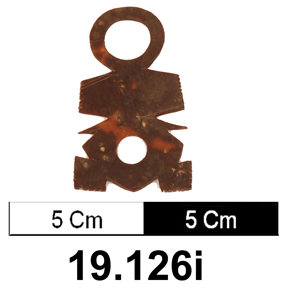 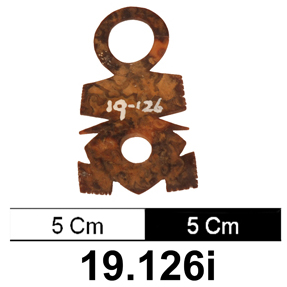 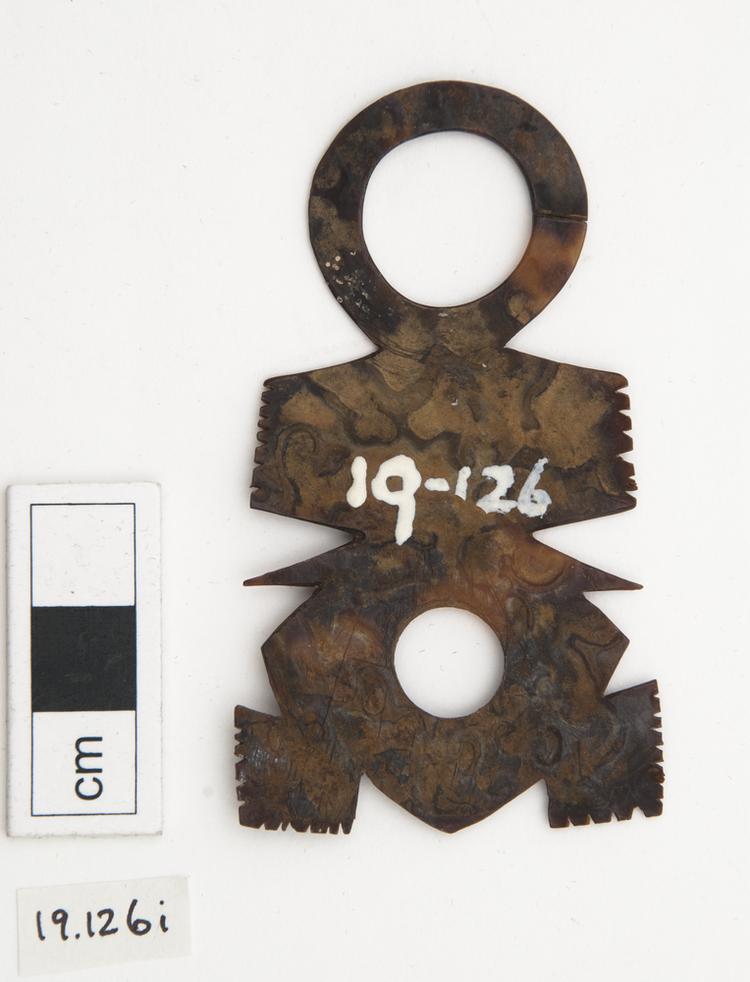 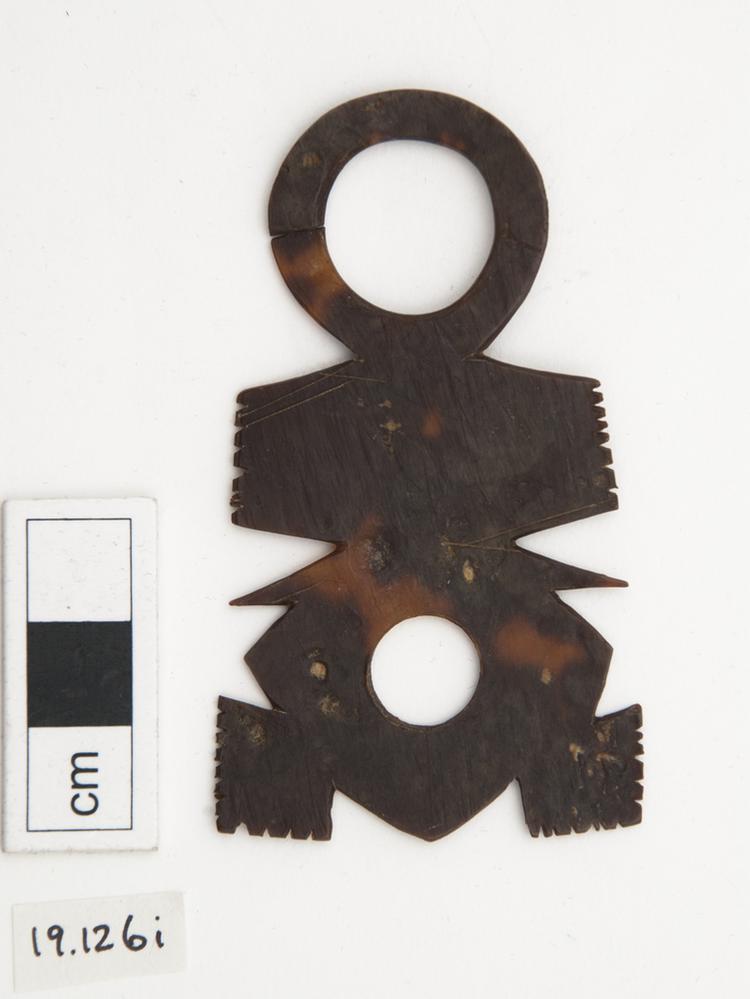 One of a pair of tortoiseshell nose ornaments in the form of a stylised human figure.

Turtleshell Nose Ornaments, Luangiua Atoll, Solomon Islands, Central Melanesia. This pair of large turtleshell nose pendants originated in a ring of islands fringing a large coral atoll called Luangiua (formerly Ontong Java) in the north-eastern Solomon Islands. Although the atoll itself is geographically within Melanesia, the languages and culture of Ontong Java are broadly Polynesian. The atoll was settled from the east (probably Samoa or Tonga) in contrast to most other parts of the Pacific, which were generally settled from the west. Things are more complicated than that, however, as these nose ornaments show. It was not a typically Polynesian practice to make or wear nose ornaments, and these objects have an affinity with the curved shell nose-pins of the larger Solomon Islands. This is perhaps not so obvious, until one realises that their distinctive shape comes from the ring and ornamental danglers of a bakia shell money ring. These most valuable of Solomon Islands currency items have a turtleshell panel of exactly the same shape, lashed to their shell ring, and forming the superstructure for their elaborate fibre bindings and beadwork decorations. These nose ornaments were therefore a wearable symbol of wealth. Hawksbill turtleshell. Early 20th Century. Formerly in the private collection of Sir Everard im Thurn.