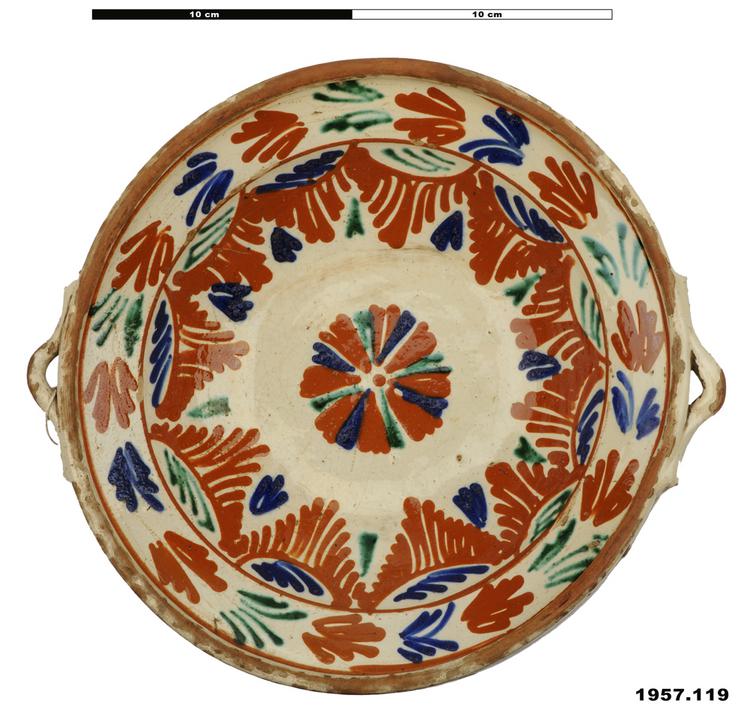 Porringer, one of a pair with 1957.121. Decorated in brown, blue and green on a cream ground. Two handles. Rosette in hollow of porringer formed by short lines in brown, blue and green radiating from the centre. Between this and the border scalloped shapes in groups of brown lines of varying lengths form a star in the unpainted part of the dish. Between and outside the scalloped shapes are motifs in alternating blue and green. The border is of of two concentric brown lines to either side of repeated motifs in brown separated by the same motif which alternates in blue and green.