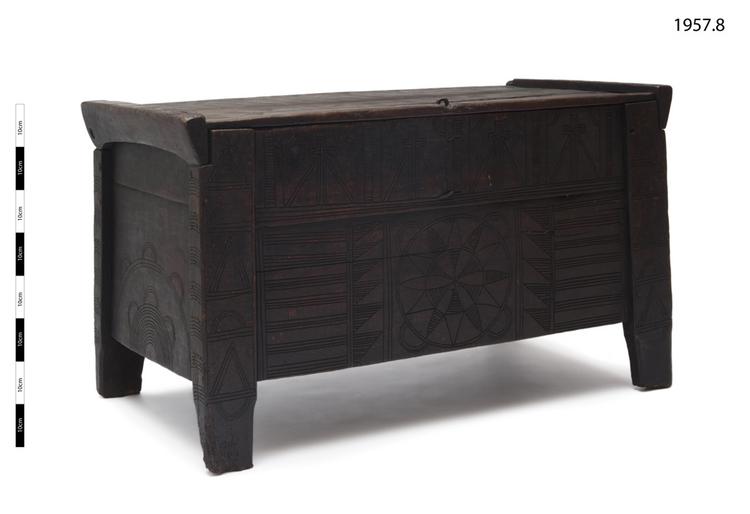 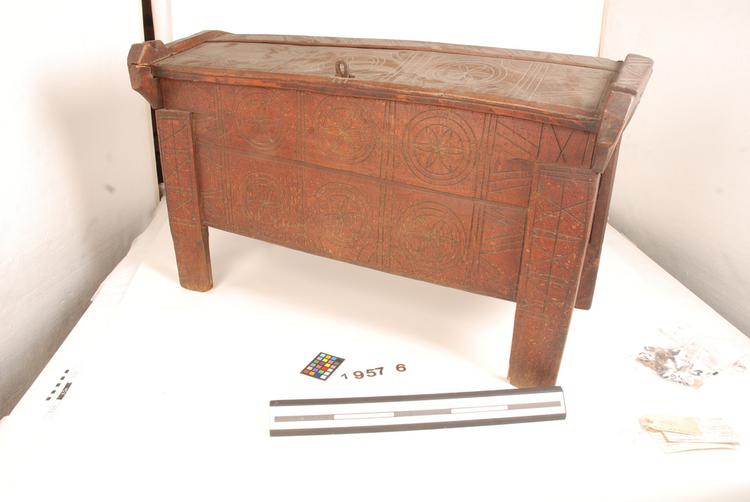 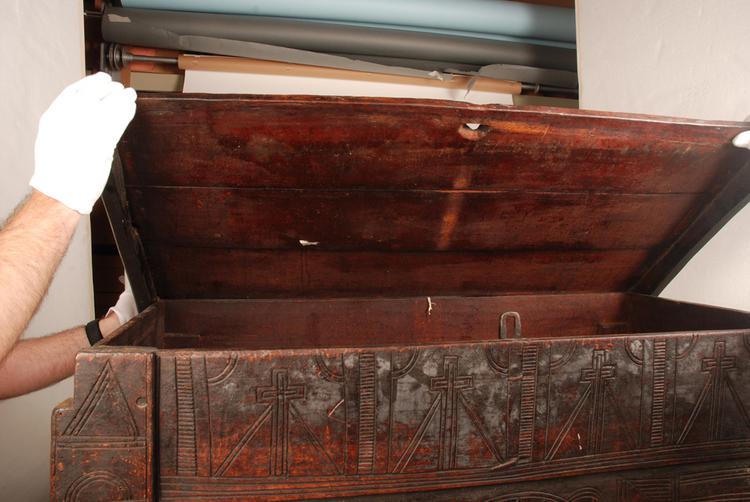 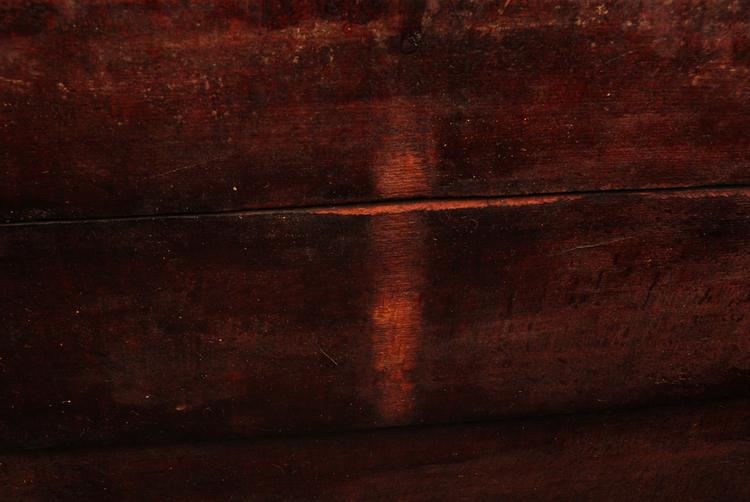 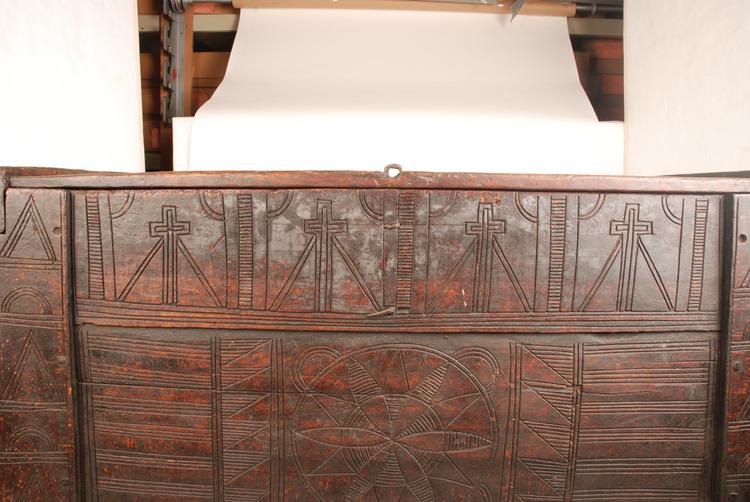 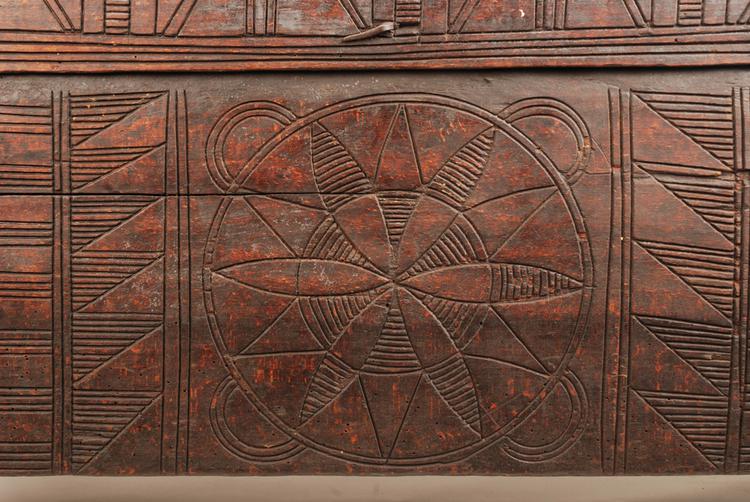 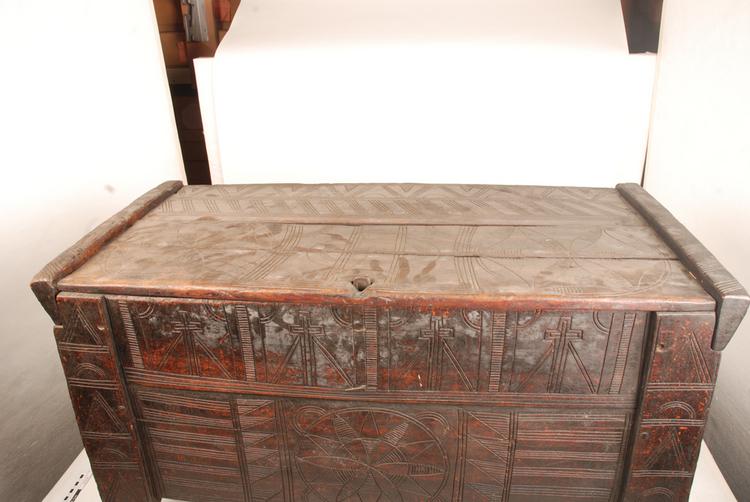 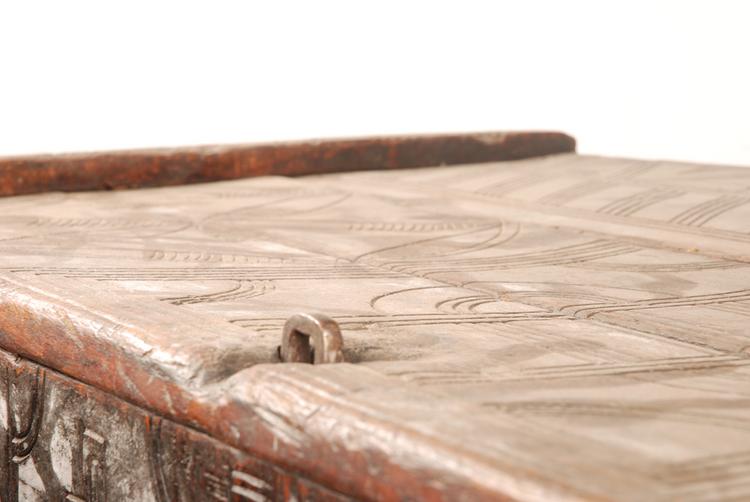 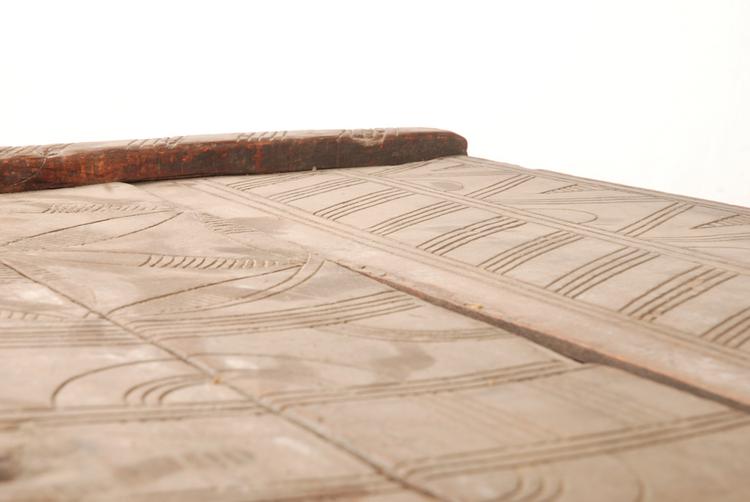 Dowry chest. Sides each formed of two planks. Lid flat, formed of three planks of wood. At each end of the lid is an endpiece into which the lid planks slot, which extends above and below them. Underside of endpiece horizontal above, gently concave below. These endpieces sit in notches in the legs, into which the side panels also slot. The chest is secured with a metal loop in the centre top of the front panel which slots through an aperture in the lid, and presumably accommodated a padlock or similar. Front panel decorated with an upper band consisting of a row of four Christian crosses. Elsewhere the surface is covered with circular and straight-lined geometric motifs.