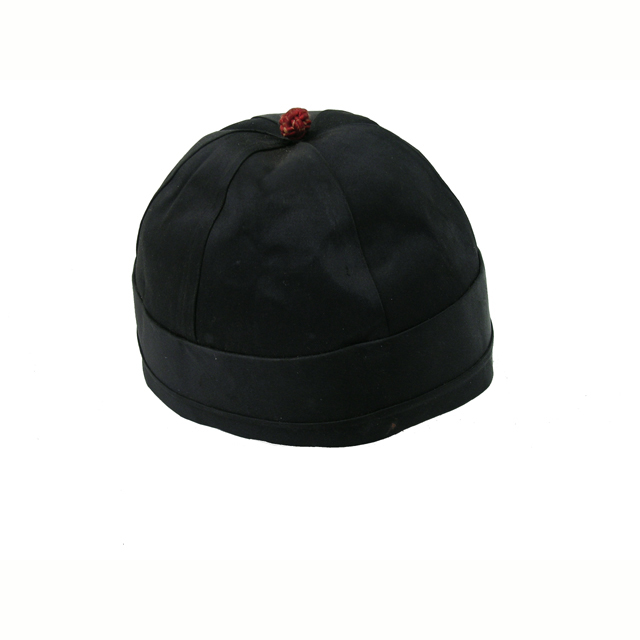 This hat was part of a collection of Chinese costumes donated by Ms Audrie Manley-Tucker. The objects originally belonged to the uncle of the donor, Mr. F. C. Vicary, who purchased them from Herbert J Collings, 1883-1958, a fellow member of the British Magical Society. Collings worked as a magician, under the stage name of Col Ling Soo. He performed a Chinese-style act in the manner of the American vaudeville conjuror Chung Ling Soo, and wore some of these costumes when performing.