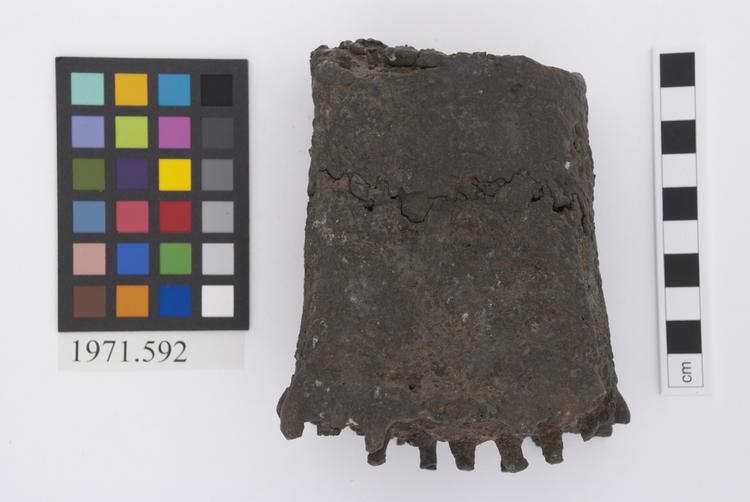 'Musuku' (ingots) vary in size and weight. Some are hollow while others are solid. However, they all conform to a similar form, having (usually) a base leading to a narrower shaft terminating in a series of projections. This example is unusual in that it does not appear to have a base. 'Musuku' are thought to have been cast by pouring molten copper into an impression made in sand, the projections being the extremities and the base formed by the overflow (visible in 1971.593). Their significance and use remain a mystery, although a few are still said to be in the ownership of Venda chiefs, being 'revered as objects of authority and spiritual power' (Van Schalkwyk in Phillips, T., 1995, p 200).