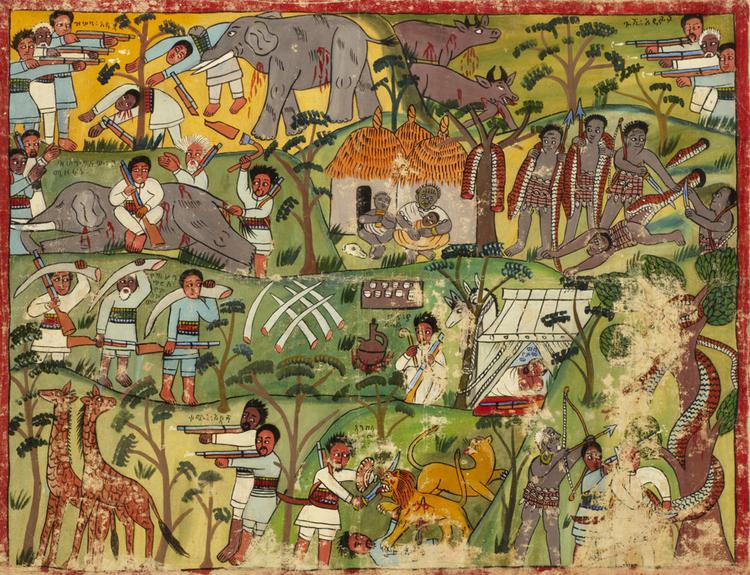 On the second register, from left to right: one man sits cross-legged on top of a dead elephant, and another man cuts off the elephant's tail. Two women sit outside a traditional thatched homestead. Three men, in leather skirts decorated with cowrie shells, stand with spears and dead snakes around their necks. Two men attempt to kill a snake which is attacking the leg of a man.

On the third register, from left to right: three men with guns carry tusks to a camp area where a woman prepares coffee; there is a coffee pot on a small fire and next to it a tray with traditionally-styled coffee cups. Next to her is a tent where a figure lies sleeping.

On the bottom register: two men shoot at two giraffes; a man fights with a lion; and three figures attempt to kill a large snake.