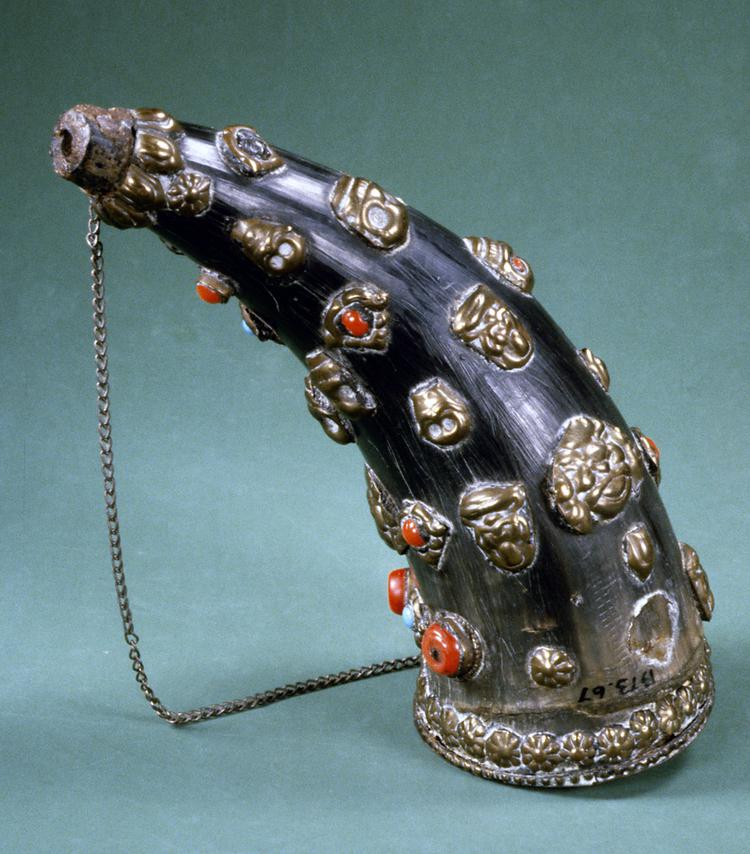 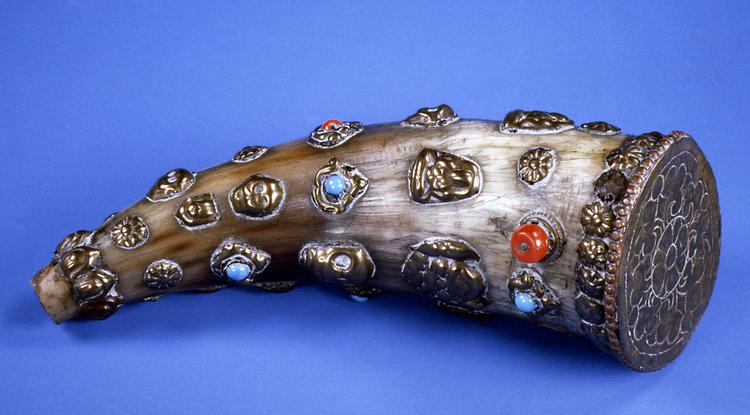 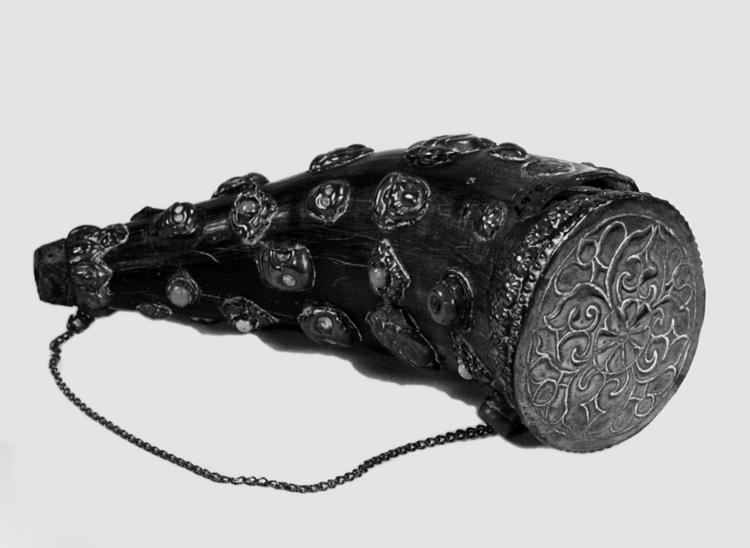 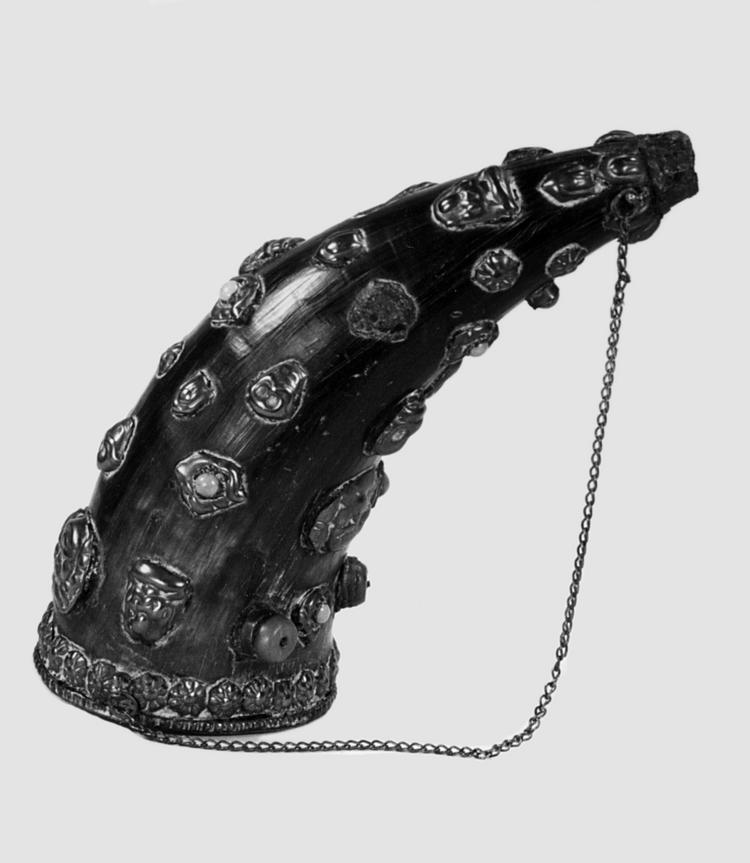 T’un-rva can be used in rituals of exorcism, black magic and destruction as well as for curing the ill. Typically they are carved in relief with images of poisonous creatures and sealed with a wooden stopper. Before performing any ritual, the horn is filled with magical substances – such as barley or mustard grains, or at times objects like nail clippings, written curses, the hair of an intended victim and blood can also be used. The choice of contents depends on the ritual to be performed, some rituals use “dry” fillings like seeds whilst others use “wet” fillings like blood or alcohol. Sometimes the t’un-rva is hurled towards the victim or negativity, in other instances it is hidden in the home. Many t’un-rva see later use as gunpowder containers.