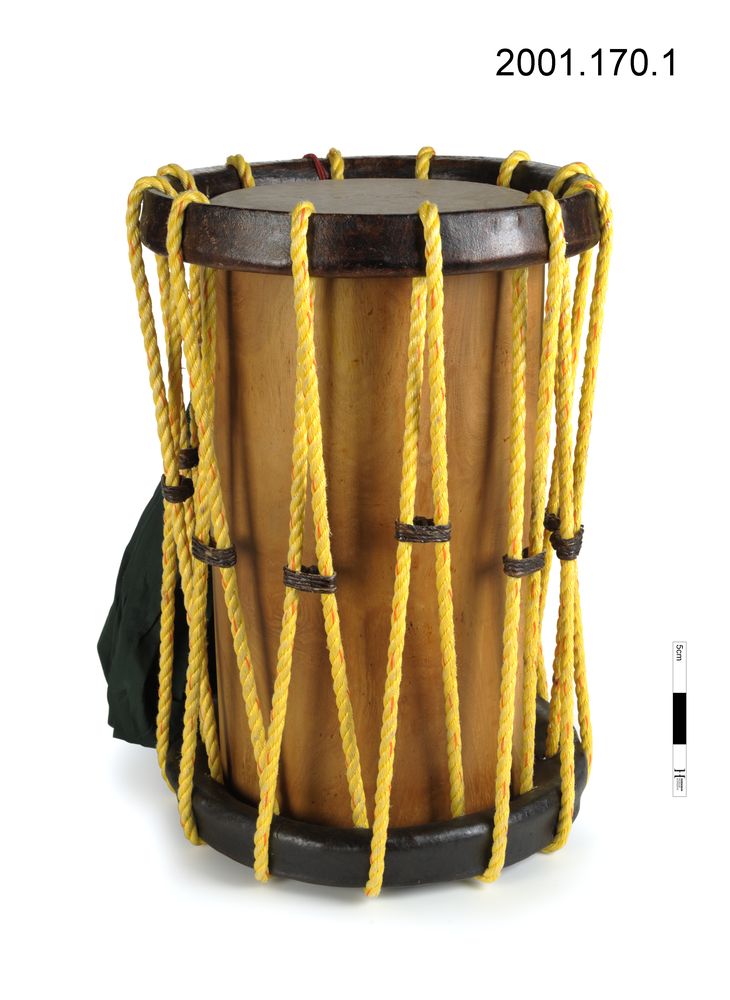 Chenda (cenda or centa) barrel drum consisting of a shell (chenda kutti) of jak (jack wood) (botanical name: Artocarpus heterophyllus) with two cow or ox hide membranes (tugal), secured with nylon rope, two brass rings and two hoops (valayel) made from joined pieces of wood of the fish tail or sago palm. Strings of cow or ox leather are attached to the nylon rope to fine tune the drum. A shoulder belt in green cotton with a red trim is attached to the drum with red nylon string.

In Kerala, the centa drum has the status of 'king of instruments'. It is played in a range of musical contexts, from Hindu temple music to dance-dramas. Italtalam cymbals, kulal oboes and kombu trumpets take part in the cental melam ensemble, led by the centa drums. Performances take place at temple festivals and may involve around 45 centas playing together. The centa drum is usually suspended from the left shoulder and hangs almost vertically with one drum head facing upwards. For ritual purposes it is held horizontally and played only on the lower pitched valantala head with a stick, centa kol, held in the right hand. In performances of Kathakali dance-drama the drummer plays with sticks on the itantala head. In the melam temple ensemble, complex rhythms are played on the itantala head by the leading musicians, each one using a stick held in the right hand and the palm and fingers of the left hand. Citte, thimble-like finger caps made of cotton and rice paste produce a dry, percussive sound. They are applied wet to the drummer's left hand fingers and dry to an exact fit. They protect the fingers of the left hand during performances, which can last up to four hours.