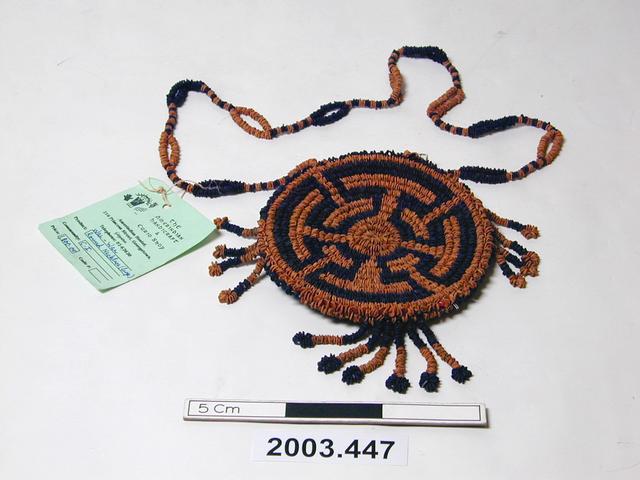 Waiwai necklace. Local name: Quali. Purchased from the Amerindian shop in Georgetown. These are 'typical' WaiWai necklaces made from the seeds of a fruit known as calaquo. The coloured patterns are made using dyed seeds. The dye is acquired from the bark of a tree known as sasha. The ornaments were made by women and are worn by both sexes. Made in Cashew Island, New River Area, Southern Guyana.