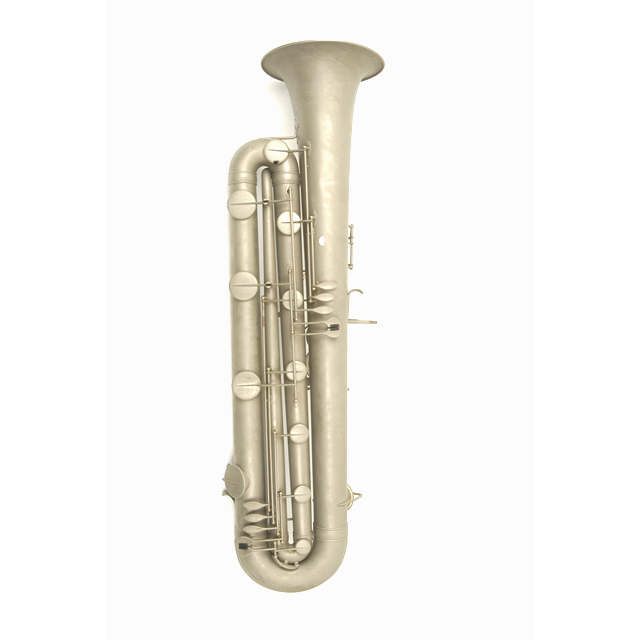 The rise of military bands across Europe in the 19th century led to an increasing requirement for instruments designed for outdoor use. The bass end of the woodwind family was a particular problem, as the contra-bassoon, the principle low bass woodwind instrument of the orchestra, was both too fragile and too quiet for outdoor use. The earliest solution was the harmonie-bass, a wide-bore metal contra-bassoon first produced by Stehle in Vienna in the 1830s. This design was adapted by Červený, who in 1854 began producing his tritonicon, which was a much more convenient shape thanks to two extra bends in the tubing. The claviatur-contra-fagott invented by Wieprecht and Moritz around 1855 adapted the design further with the addition of a piano keyboard arrangement along the side of the instrument. The contrabass sarrusophone of 1856 returned to the Stehle design, but was intended as the contrabass member of a family of seven different sizes of similar instruments. The contrabass à anche, first produced by Mahillon of Brussels in 1868, was similar to the tritonicon but with improved tuning through the adjustment of some of the tone holes. This proved by far the most popular of the metal contrabass models, and the design was soon franchised to instrument makers across Europe, including Boosey & Co., from whose collection this example comes.