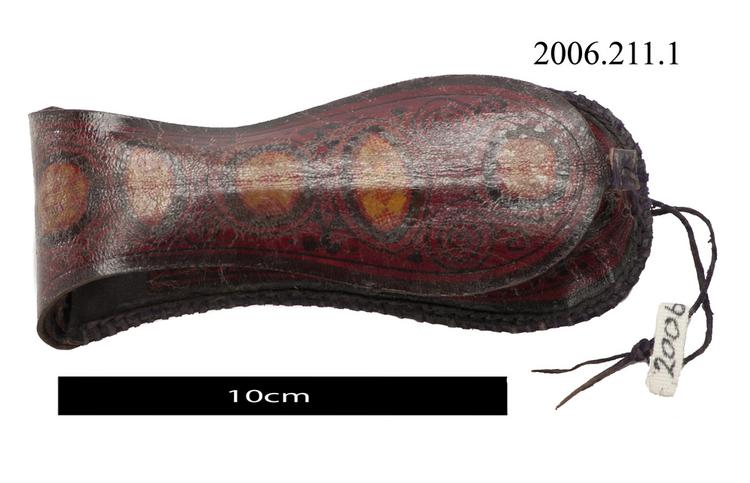 Tongue-shaped leather pipe stem container. Made of a strip of leather folded over itself in the middle, one side forming a flap. To the other side another section has been bound, forming a pocket. Three tongues of similar shape are attached inside the flap, each decorated on the upper side with stripes. The top of the flap and the upper side of the pocket are decorated with yellow motifs outlined in black against a tan background. The reverse is decorated with an elongated S shape in yellow. the whole is polished, though there is evidence of wear on the outer surfaces. At the base of the flap is a leather loop through which two cords, hanging from the base of the pocket, presumably thread.