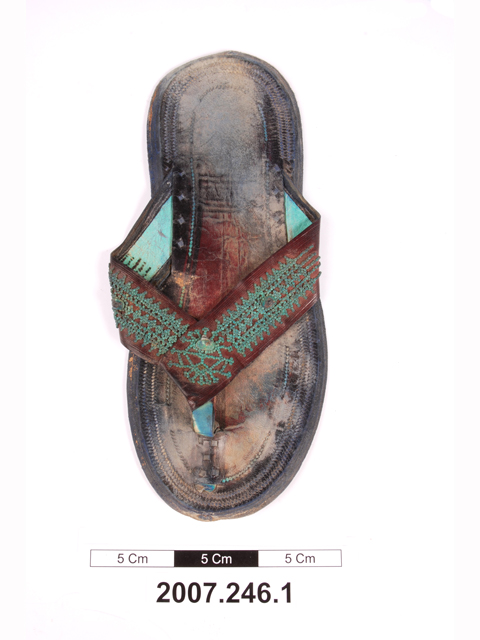 One of man's leather sandals of the "Yankan Commandant" type, which refers to the cut of the sole. This cut is more recent (according to one sandal maker in Agadez, about 50 years ago a French commandant suggested that the sole should be cut this way, hence the name "Yankan Commandant", meaning the cut of the commandant - yanka = Hausa for to cut) than that of the Ballam Ballam type.
Mallam Moussa had these sandals made in January 2005 for the Festival of the Bianou, which takes place each year at the end of January, beginning of February and celebrates the Islamic new year.