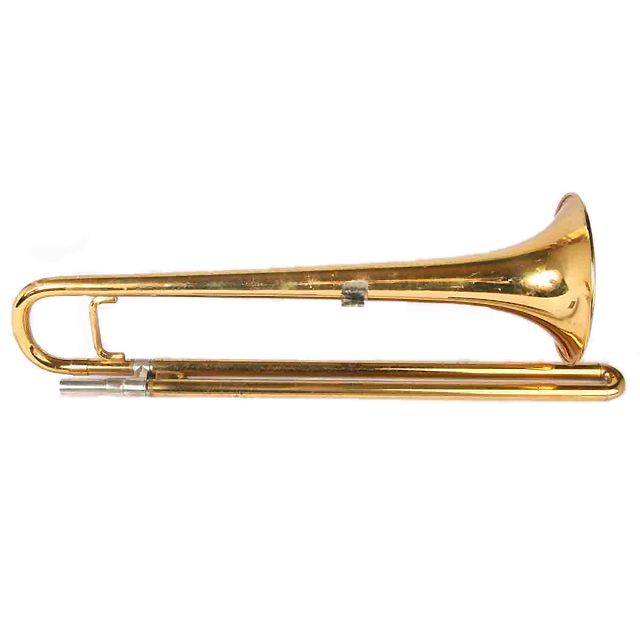 Soprano trombone in B flat. Brass with gold lacquer finish. Two sections of slide very close together with a small handle acting as an outer slide brace and protruding beneath the instrument. Slide and bell attached by an inertia fitting. Bell section has a single bell stay but no tuning slide. Mouthpiece missing.

This instrument belonged to Harold Nash, who was the principal trombonist at the Royal Opera House in Covent Garden for almost the entire second half of the 20th century. He acquired it at the request of Georg Solti who was conducting Gluck's Orfeo ed Euridice (1762) with the company and demanded 'genuine' period instruments. In fact, Gluck wrote the part for a cornett, an early instrument with fingerholes and a trumpet-like mouthpiece. The mistake dates back to Berlioz, whose orchestration treatise of 1843 claims the part was written for the soprano trombone.