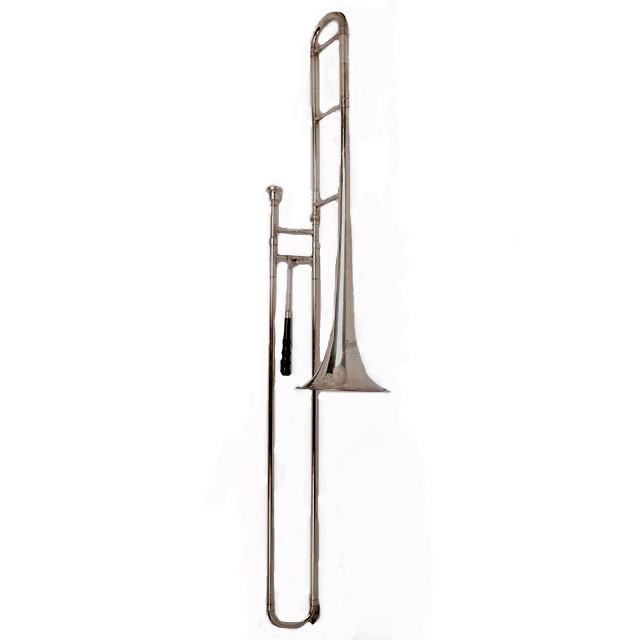 The G bass trombone was used in British orchestras and bands from about 1815 until the mid 20th century. Its tubing is both narrower and longer than that of the modern equivalent (which is built in B flat), and a handle is fitted to allow the player to reach the most extended slide positions. The instrument's decline began in the 1950s, when orchestral players moved over to the modern instrument favouring its broader and louder tone. Brass band players eventually followed suit in the 1970s. Another important transition in this period was the move to low pitch (A=440hz) from the high pitch (A=452hz) that had previously been the UK standard. Although orchestras had already made the change, brass bands were slower to adopt the new tuning convention. This instrument was built in high pitch, but came equipped with tuning slide extensions to allow it to play in low pitch ensembles.