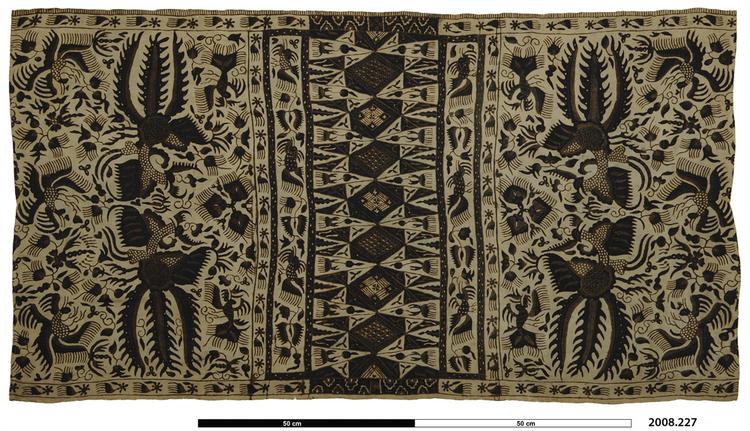 Silk batik tube skirt, sarung, unsewn. Rembang style. Formed of two lengths of silk fabric sewn together horizontally along the selvedge. Badan is of slightly greenish beige where the fabric has been reserved, with pattern in light and dark brown of lokcan design, floral with stylised phoenixes. Two large phoenixes to either side of the kepala, with smaller bird and foliate motifs around. Kepala is of broken up geometrical shapes with a variety of isen. Papan has stylised small phoenixes. Border at top and bottom is a row of very stylised simplified phoenix motifs. Sisir along one edge, probably the lower edge. Heavy darned repair in kepala.