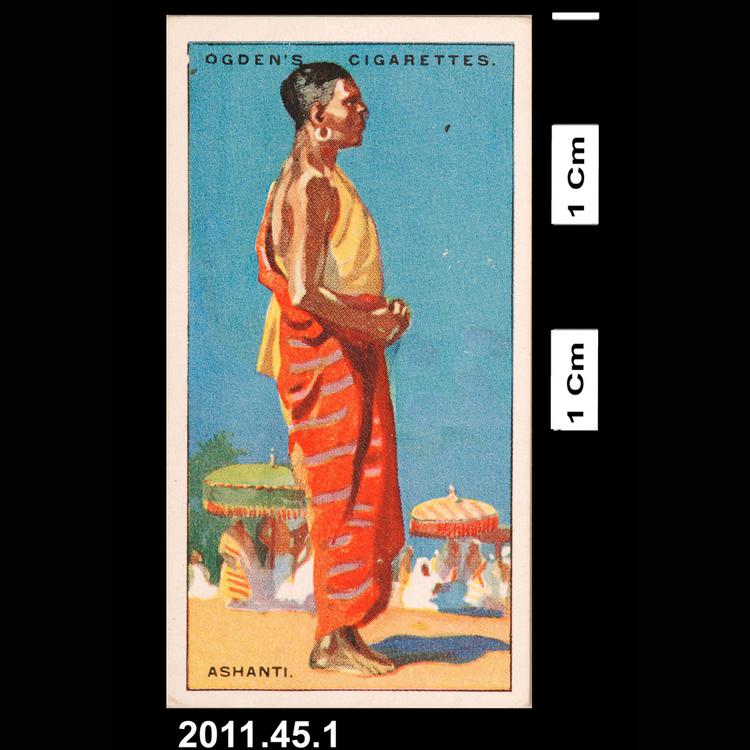 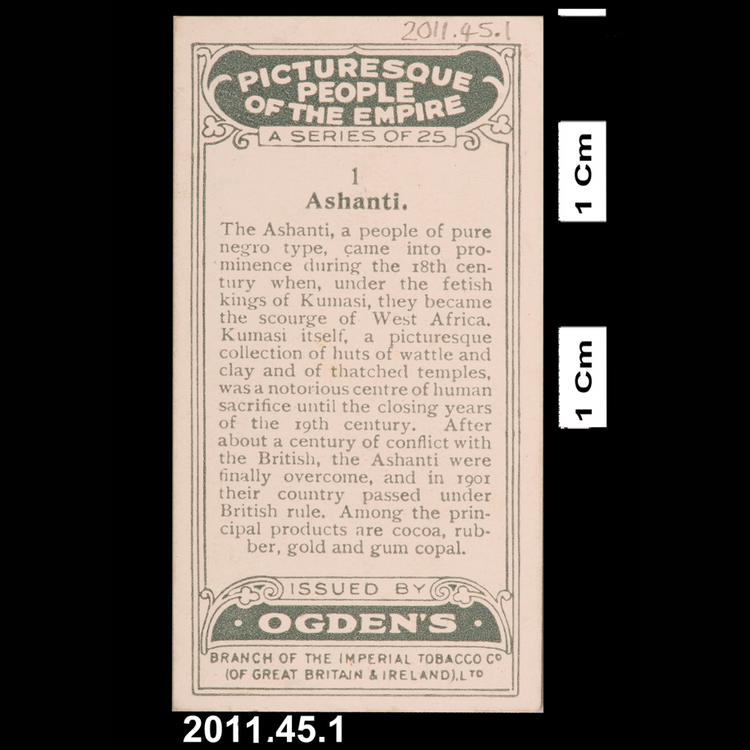 Number 1 in a set of 25 cigarette cards entitled 'Picturesque People of the Empire' issued by Ogden's branch of the Imperial Tobacco Co. Ltd. There is a picture on one side with an inscription reading 'Ashanti', and a description on the other side. The text on the reverse reads: 'The Ashanti, a people of pure negro type, came into prominence during the 18th century when, under the fetish kings of Kumasi, they became the scourge of West Africa. Kumasi itself, a picturesque collection of huts of wattle and clay and of thatched temples, was a notorious centre of human sacrifice until the closing years of the 19th century. After about a century of conflict with the British, the Ashanti were finally overcome, and in 1901 their country passed under British rule. Among the principal products are cocoa, rubber, gold and gum copal.'