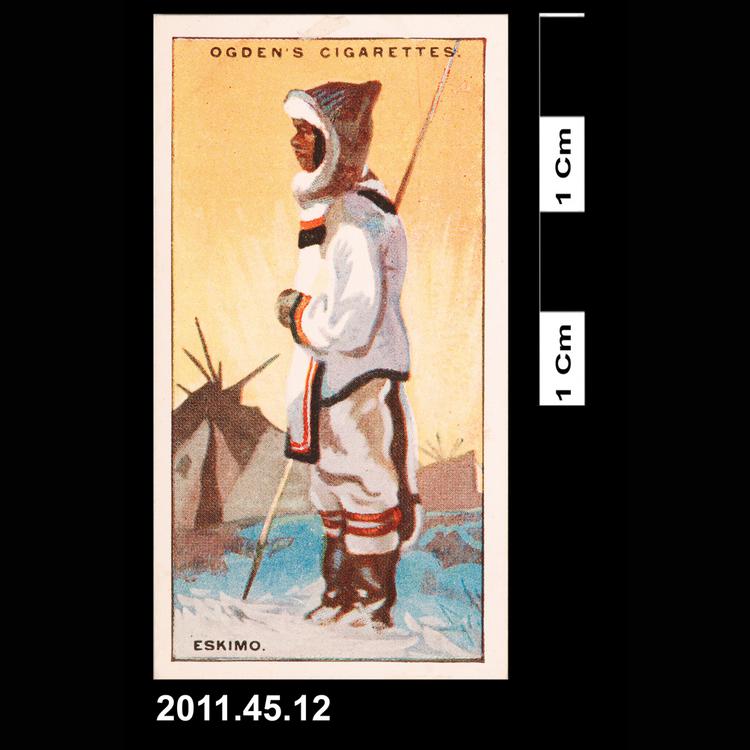 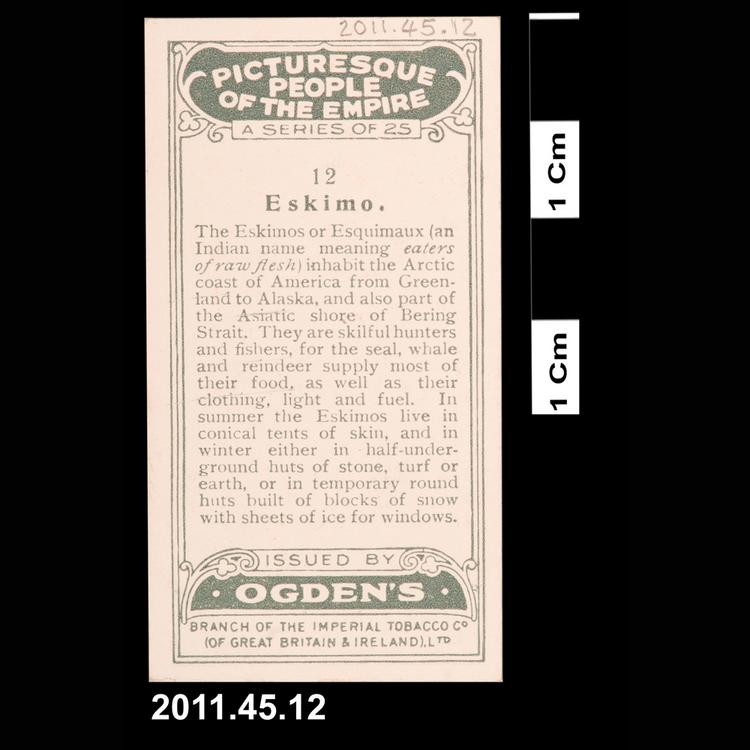 Please note that the commentaries on this wiki:world_gallery:layered_info:publish:perspectives:museum:strangers:groups:picturesque_people_of_the_empire|card series discuss prevailing attitudes in Britain towards the peoples of the British Empire in 1927, and thus can reflect the often-racist opinions of the time. In reading them, you are invited to consider how attitudes and communication on questions of race and nationality in Britain have changed in the years since, and continue to change.

To the very far north of Canada live the Inuit peoples, known collectively at the time, as the card tastefully suggests, as Eskimos. The flesh they ate was that of fish, caribou, birds and musk ox, which was usually eaten frozen or boiled in a stew. Living so far from the centres of European power in North America, the Inuit community remained largely independent until well into the twentieth century, but by 1927 Canadian government initiatives were beginning to alter traditional ways of life. Forced into permanent communities and away from nomadic wiki:world_gallery:layered_info:publish:encounters:americas:arctic:arctic_hunting|hunting practices, Inuit societies began to starve, and government control became steadily entrenched. Although Canada became independent in 1931, the Inuit did not become largely self-governing until 1999.