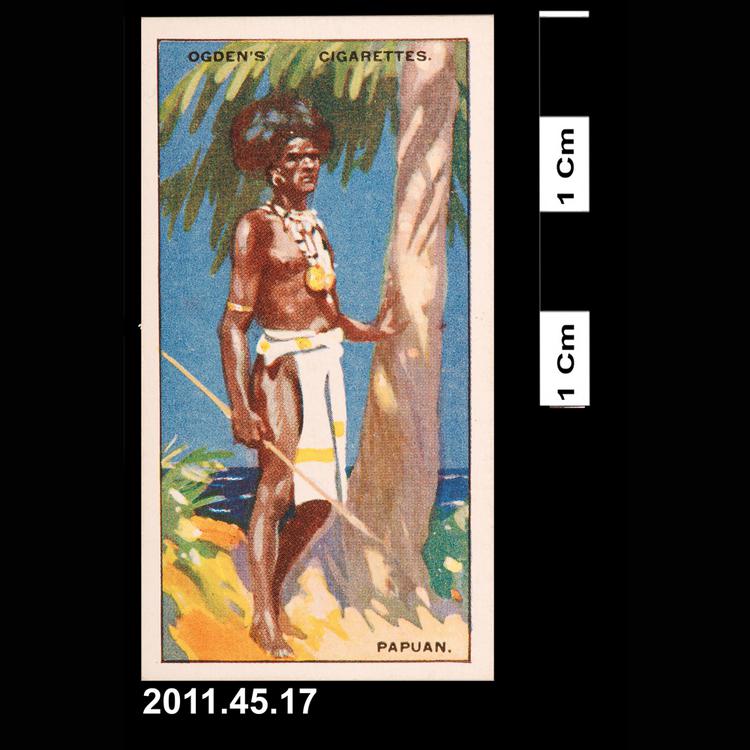 Number 17 in a set of 25 cigarette cards entitled 'Picturesque People of the Empire' issued by Ogden's branch of the Imperial Tobacco Co. Ltd. There is a picture on one side with an inscription reading 'Papuan', and a description on the other side. The text on the reverse reads: 'The territory of British New Guinea (Papua) is the southern-eastern part of the island. The Australian Government also administers the former German possessions in New Guinea under a mandate from the League of Nations. The typical Papuan is tall and strongly-built, varying in colour from sooty brown to black. His black “frizzly” hair, perhaps his most characteristic feature, is sometimes plaited but more frequently worn in a large mop. He loves to wear armlets, necklaces and ear-rings of shells, teeth and feathers. Papuans live principally on yams, taro, sweet potatoes, fish, wild pigs and turtle.'