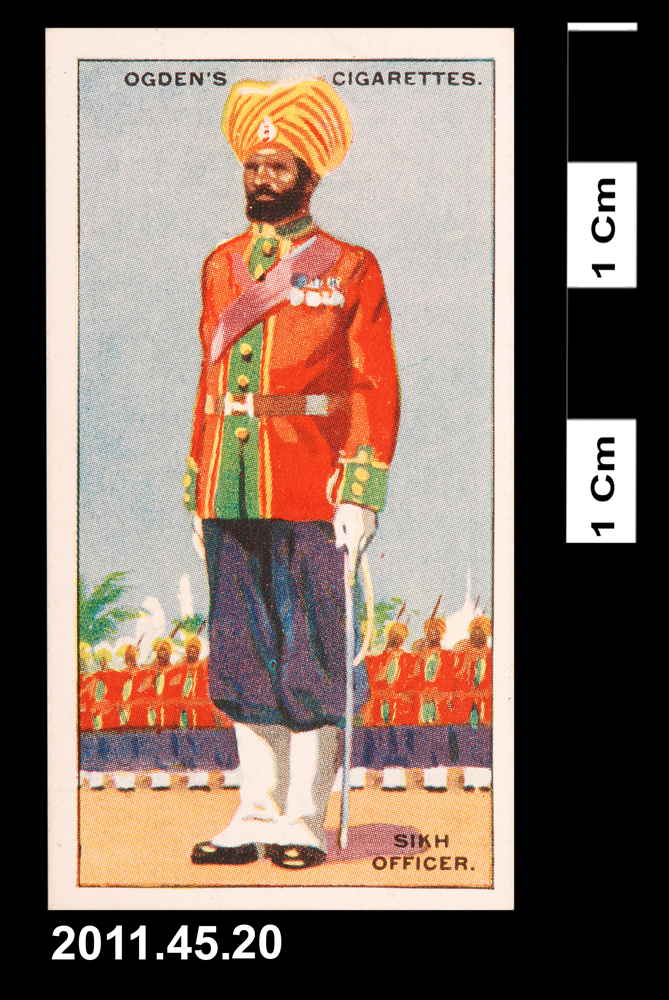 Number 20 in a set of 25 cigarette cards entitled 'Picturesque People of the Empire' issued by Ogden's branch of the Imperial Tobacco Co. Ltd. There is a picture on one side with an inscription reading 'Sikh Officer', and a description on the other side. The text on the reverse reads: 'The Sikhs are a religious body - the word means learner or disciple - found chiefly in the Punjab, Kashmir and the United Provinces; the beautiful Golden Temple at Amritsar being the centre of their worship. Sikhs are essentially fighting men, their best qualities being shown in the Army, for they make the finest soldiers in the East, and since the conquest of the Punjab in the Sikh War of 1848-9, they have been loyal to the British Crown. There are about 30,000 Sikhs in the Indian Army, and many others in native regiments in East and Central Africa and in the police forces in Chinese treaty ports.'